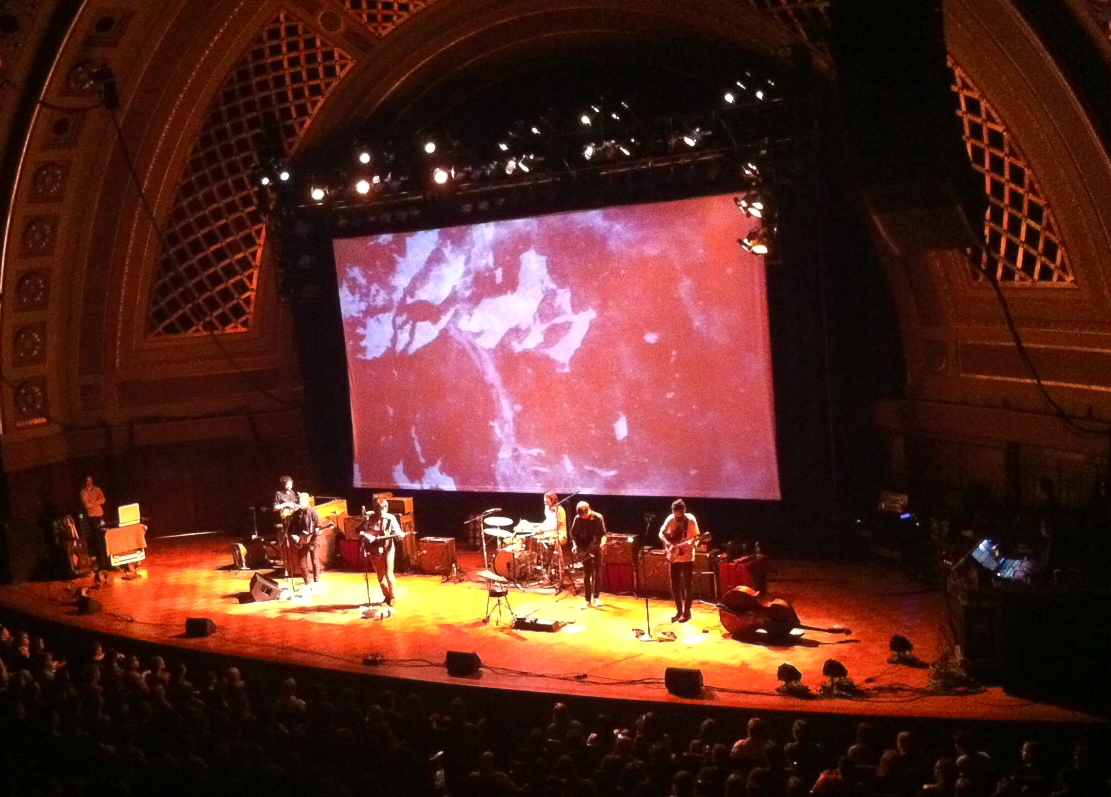 After playing a long show Thursday, Fleet Foxes tweeted “Thanks Ann Arbor, we needed that!” Occasionally bands will say they enjoy a particular show more than others, but Fleet Foxes frontman Robin Pecknold seemed sincere when he said “This has been one of our favorite shows, ever.”

Hill Auditorium in Ann Arbor, Mich. is a spectacular venue in itself, its incredible acoustics reverberating around its shell shaped interior, giving the harmonizing indie-folk group the acoustics their sound deserves. I’ve been told that singing on the stage at Hill is a unique experience, that as the sound leaves the singer it goes out into the dark abyss of the auditorium, never returning its echo to the stage.

The Fleet Foxes played a great mix of songs from their new album and their first release. Playing fan-favorite “Mykonos” early in the show picked up the crowd, and the band did not let up their ‘harmonize-then rock out’ songs the entire evening. The band sounded good.

But let’s not forget The Walkmen. The indie-rock veterans opened the crowd with a great set of songs spanning their entire 6-album catalog. They played a few new songs and then borrowed Fleet Foxes piano for couple songs, including their breakthrough song “We’ve Been Had.” Throughout the set, lead singer Hamilton Leithauser belted out; fully using natural reverb of the auditorium to stun the crowd on great songs like “Blue as your Blood.”

The Walkmen put down their guitars and pianos for a horn section when closing with an amusing version of “Stranded.” It was refreshing to see a band like The Walkmen not take themselves too seriously. 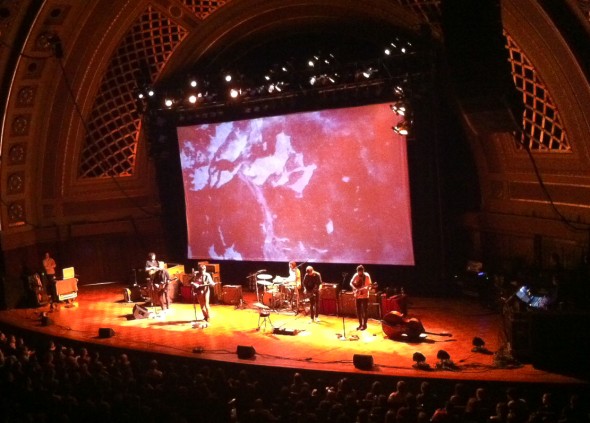