VNV Nation, the German electronica band, is performing the albums “Automatic” and “Empires” in a series of small clubs with special guests iVardensphere. Diverse fans of age and style formed a long line outside the Shelter to see this established band perform a rare intimate set. Eyes rolled when a meth head probably lost on his way home from the nearby Kid Rock concert laughed hysterically as he yelled, “Faggooots” out his hick-mobile. This decidedly alternative crowd was here to enjoy a night of music which was evident by the lack of standing room in the packed club. Singer Ronan Harris took time to reach out to the crowd in a way that showed VNV was enjoying being able to connect with the crowd. 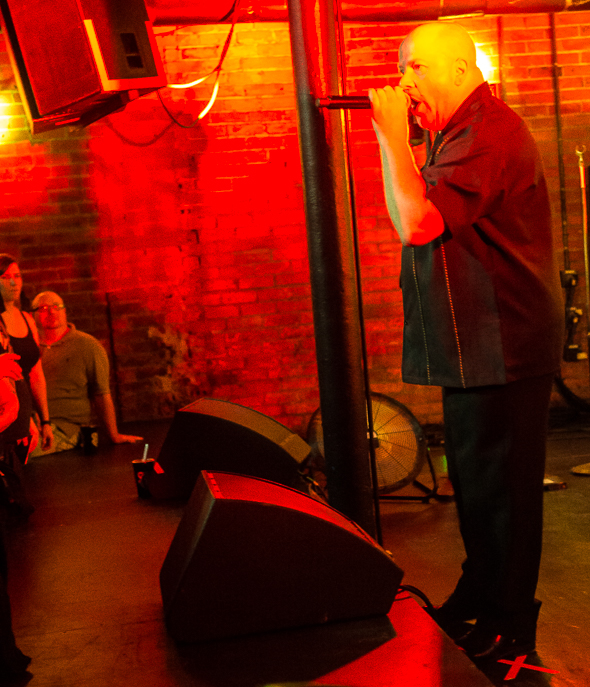 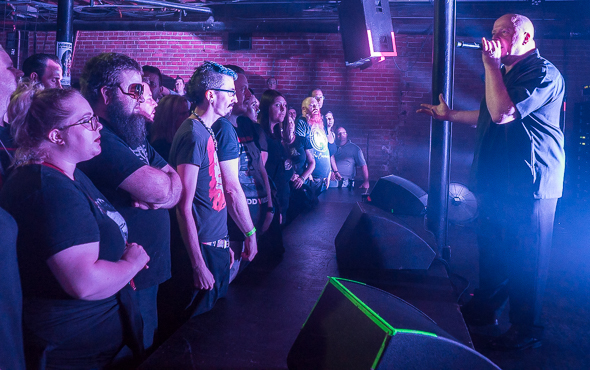 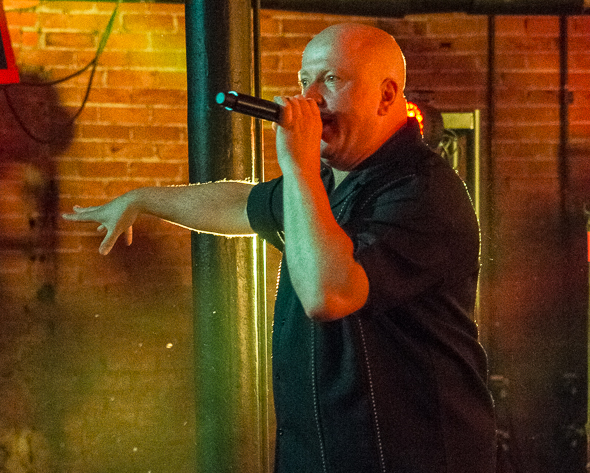 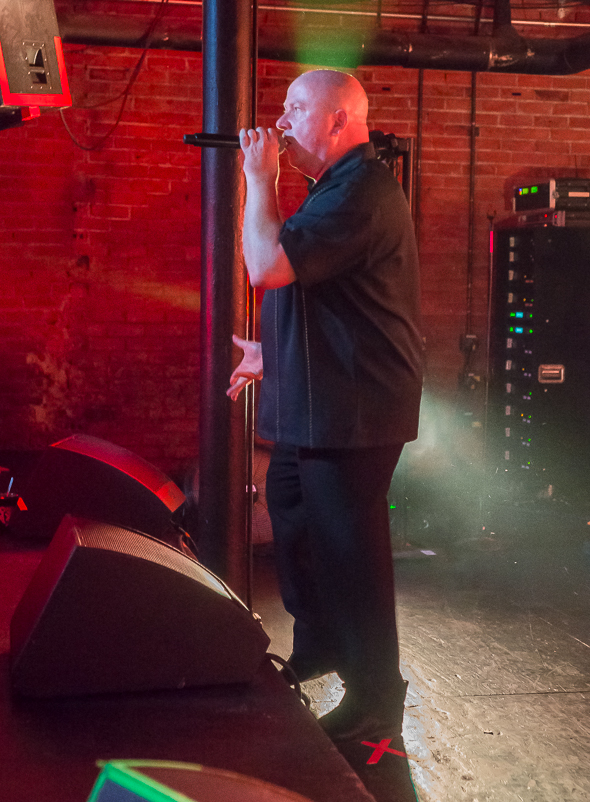 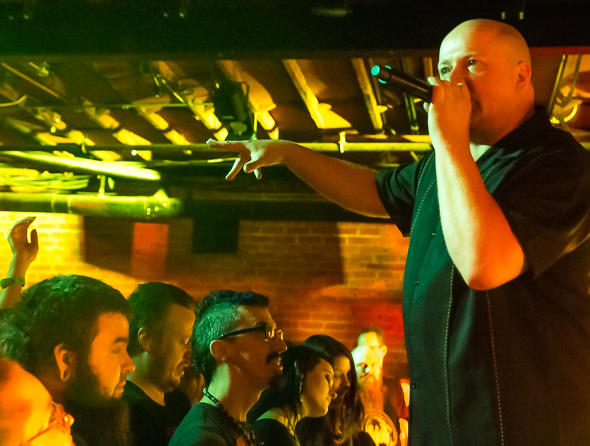 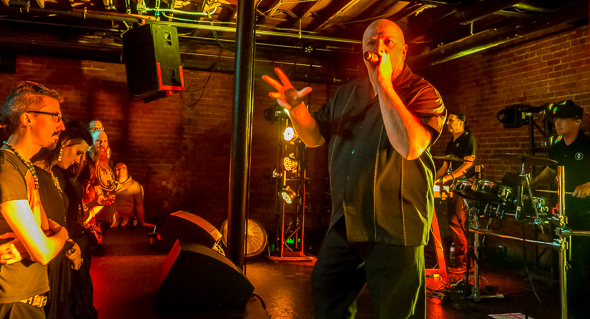 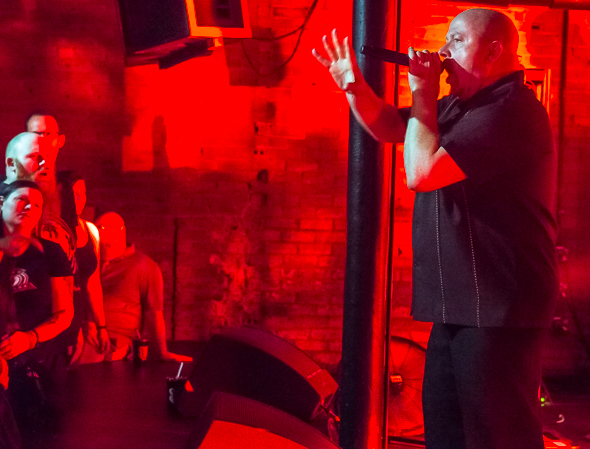 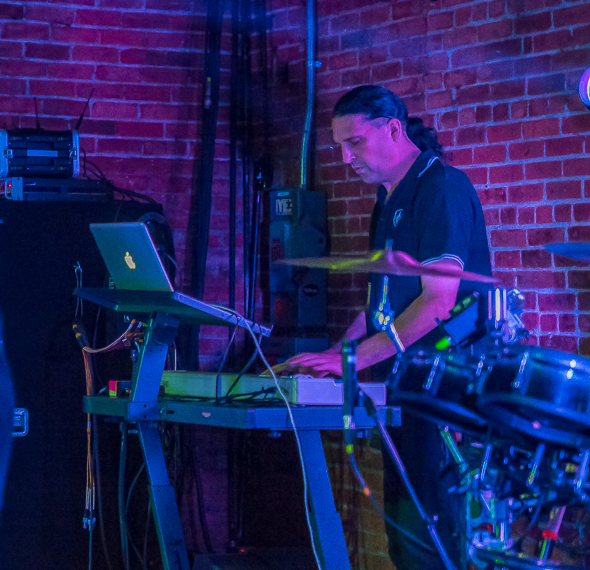 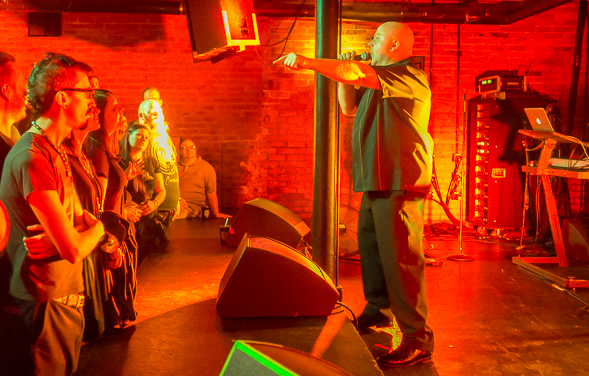 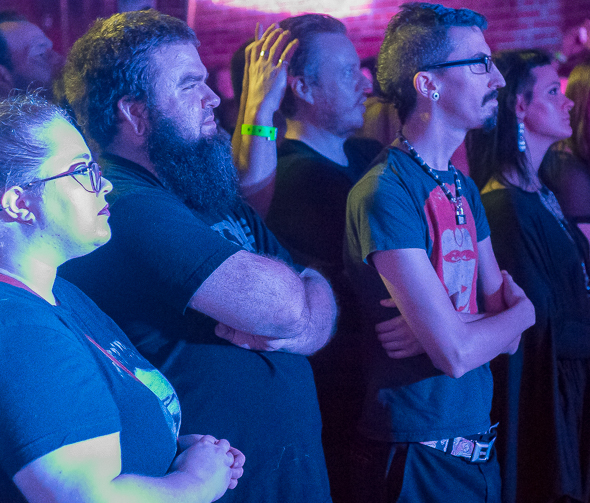 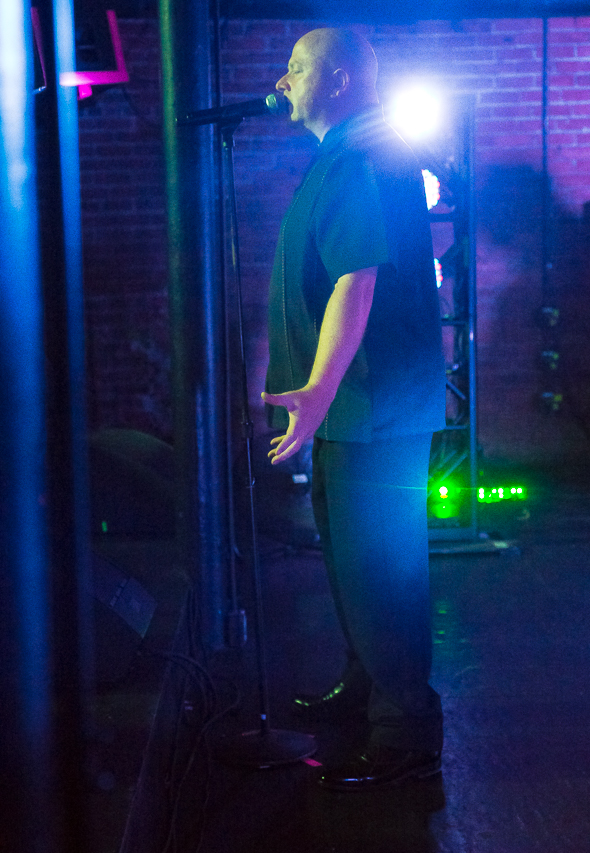 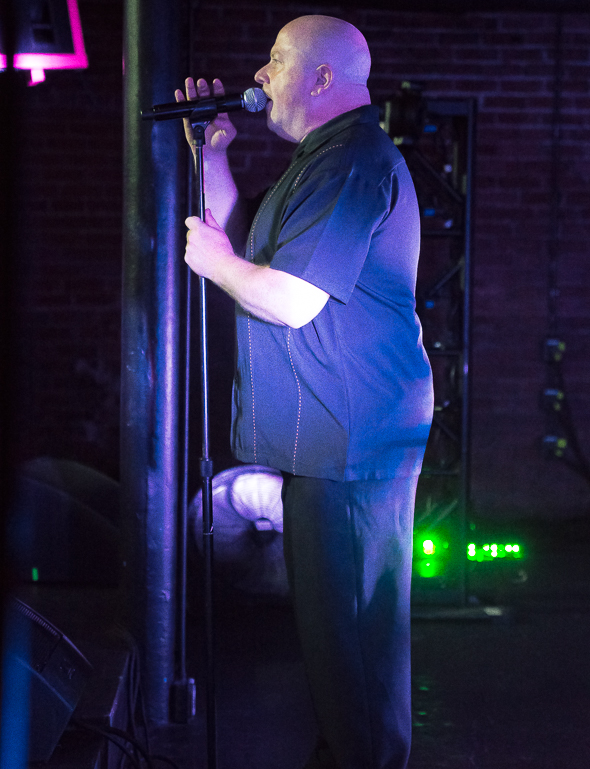 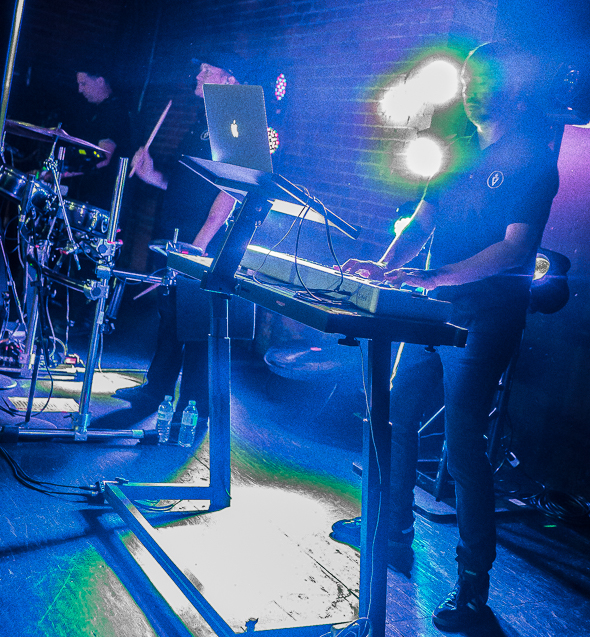 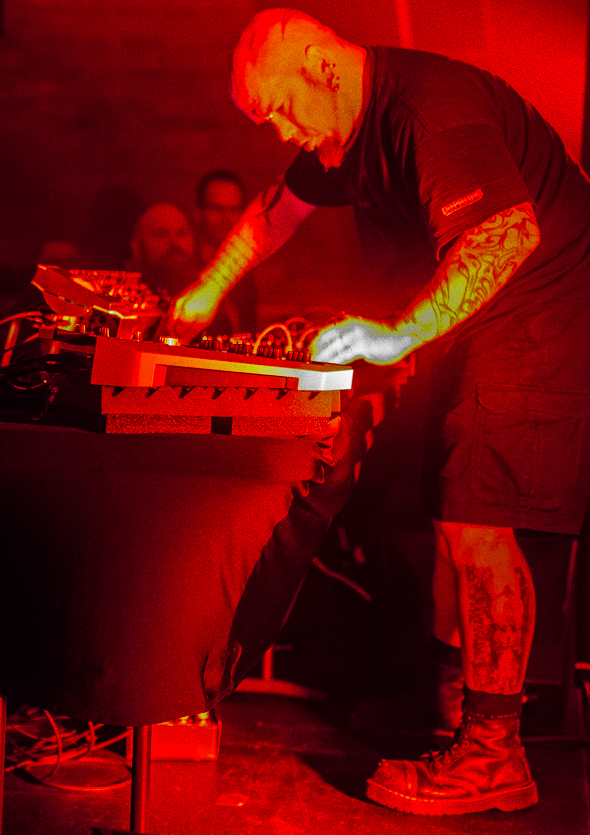 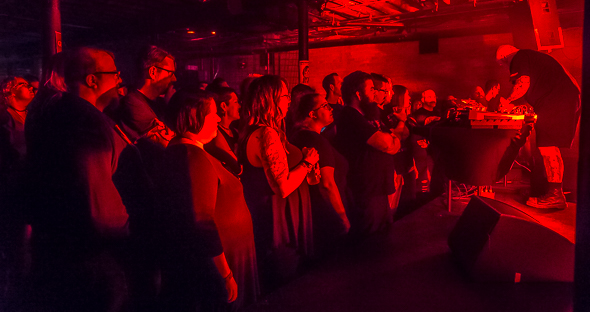 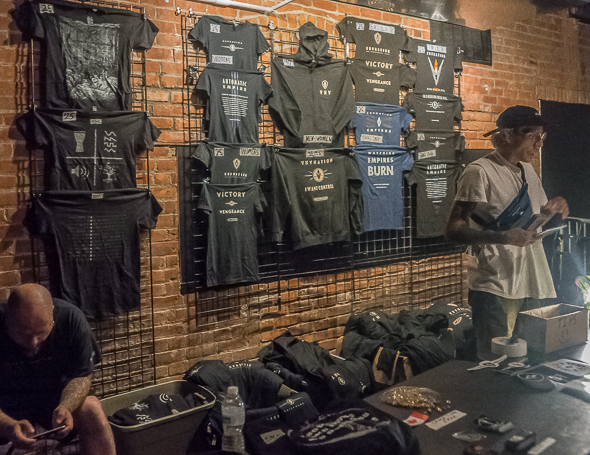 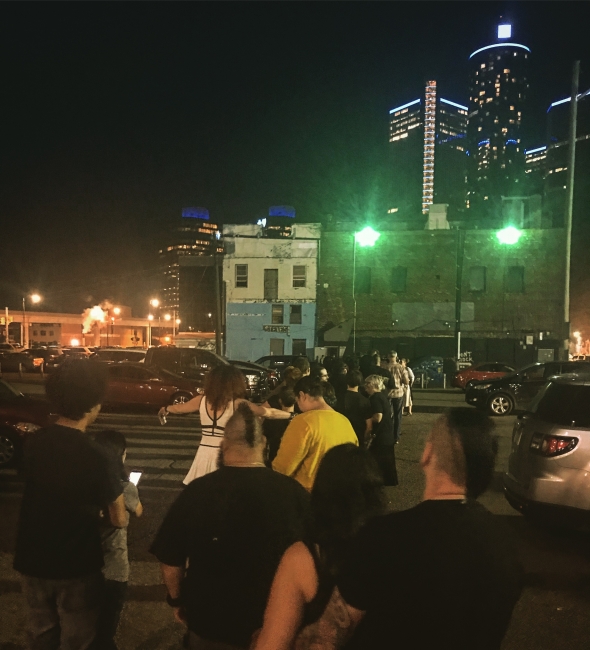