In preparation for 311 coming to Detroit next Wednesday 3/15/2012, we have put together a Spotify playlist. Check it out here: http://open.spotify.com/user/alexisincolor/playlist/1dvsBeHfEK3zaDt79grAbr 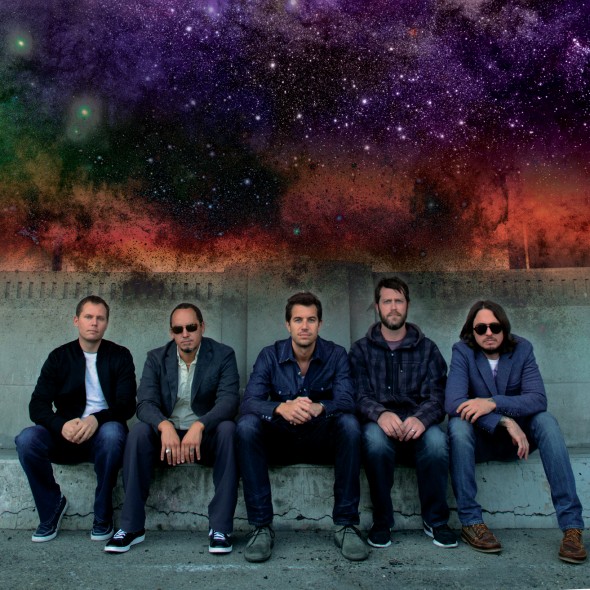 311 and Slightly Stoopid are joining forces for what promises to be the party of the summer, as the two bands prepare to launchUnity Tour 2012.  This installment of the annual trek hits amphitheaters nationwide from July 8th to September 5th (see attached itinerary), with tickets for select shows go on sale starting March 27th.  For details, visit www.311.com or www.slightlystoopid.com.

“Summer Unity in full effect!” said 311 vocalist/guitarist Nick Hexum.  “We’re really excited that Slightly Stoopid is on the 2012 Unity Tour.  311 & Slightly Stoopid seems like a perfect outdoor summer party. Can’t wait to see you all at the shows!”

Slightly Stoopid vocalist/guitarist Miles Doughty said: “”We’re excited to be on Unity Tour with 311.  Going coast to coast, it should be a summer of madness…Butawatchout!”

After years of incessant touring, 311 have developed a reputation as one of the most entertaining live bands in the U.S.  Their celebratory live shows & dynamic recordings have earned them a massive grassroots following and a catalog of modern rock hits, including “Down,” “All Mixed Up,” “Amber,” “Come Original,” “Beautiful Disaster,” “Love Song” and “Sunset in July”.  311 will be touring in continued support of their latest album, Universal Pulse.

Since forming in 1995, Slightly Stoopid has toured virtually non-stop.  A headliner since 2007, their annual summer amphitheater tours have been supported by Snoop Dogg, Cypress Hill, Ozomatli, Sly & Robbie and Stephen Marley, at venues including Red Rocks Amphitheatre, Berkeley’s Greek Theater, NYC’s Central Park and more.  Slightly Stoopid has also performed alongside acts including the Dave Matthews Band, Damian Marley and The Roots, while appearing at such festivals as Coachella, Lollapalooza, Austin City Limits, and New Orleans Jazz Fest.  On March 30th, Slightly Stoopid will release a two-CD/DVD package, Live at Roberto’s TRI Studios, which was recorded at Bob Weir’s studio and features collaborations with Weir, Ivan and Ian Neville, and Karl Denson of The Greyboy Allstars, along with host Tommy Chong.

2012 marks the 10th consecutive summer that 311 has headlined or co-headlined amphitheaters with the summer Unity Tour.  Over the past several years, the tour has included 311 with Snoop Dogg, The Offspring, Sublime with Rome, Matisyahu, The Wailers and The Roots.  Unity Tour 2012 with 311 & Slightly Stoopid should be the biggest & best yet!