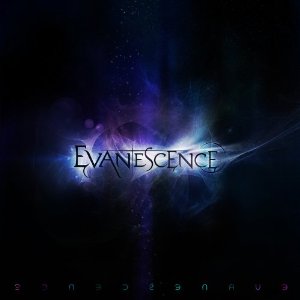 This can mean only one thing: a new Evanescence album. After listening to the band’s third studio album, simply titled Evanescence, one is immediately reassured of one thing: you know exactly what you’re getting.

Welcome back Amy Lee. She has returned in all of her Goth-glory, capturing you with her soaring, forever haunting vocals, and endless tales of forlorn loss and hurt. Opening track “What You Want” immediately takes you in with Amy Lee’s patented haunting vocals, crisp production, and catchy “Hello, Hello, remember me” refrain. Existing fans will immediately breathe a sigh of relief; they are getting what they paid for and then some.

“My Heart is Broken” picks up where “What You Want” left off, with an infectious drum groove, cascading piano arpeggios, and general melodic tone. “The Other Side” follows suit, featuring some real tasty guitar work, with a dark crunch that really gels well with Lee’s sweet minor-chording vocal work and made-for –Twilight chorus.

Then the unevenness ensues. “Lost in Paradise” showcases the raw emotion of Lee’s voice, with resplendent piano and string work in the earlier half of the song, but eventually devolves into Goth-power ballad hyperbole. “End of the Dream” and “Never Go Back” offer more of the formulaic power-guitar, riff driven punch that fans have come to expect.

It isn’t until “Swimming Home” that we hear the promise of a new direction. Subdued and fragile, it is the most frustrating track on the album because it holds the most promise of something fresh and new. Here Lee’s voice is deep and mystical, drawing you into the epicenter of her emotions. Evoking an almost 80’s feel, it would roll perfectly with the credits of the inevitable Breakfast Club remake lurking around the corner for a whole new generation of Millennial misfits. The simple, haunting refrain of “I’m sorry” grips you and drags you into a more gentle space of Lee’s heart. This track earns the album’s best song award.

Troy McLawhorn, the guitarist who has worked with the band since 2007, speaks of “The Change”: “It has a whole different feel without going too far away from what fans of the band would expect from us.”