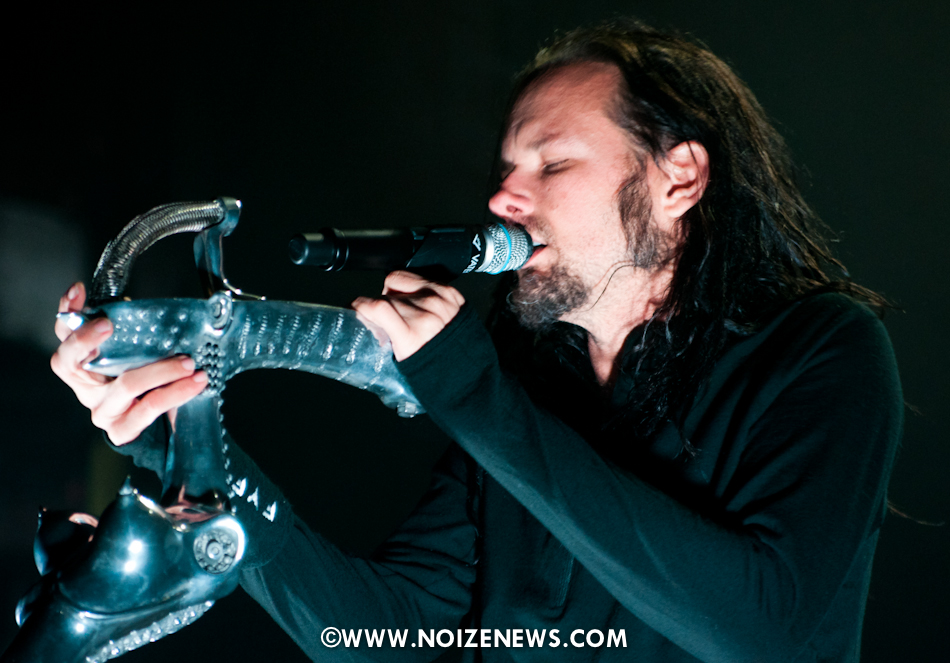 Jonathan Davis of Korn started off the night as “J-Devil” and djayed a set for the crowd. Jonathan had performed at Bert’s Warehouse in Detroit earlier in the year, but the majority of the crowd had never seen this side of him. The sound system was so strong that it blew the Mac laptop right off the table much to the surprise of the Korn frontman. After the laptop was duck-taped down, the show went on. Jonathan’s enthusiasm and love for playing electronic music set the tone for the night. Check out an interesting interview Jonathan did last year that details more about his DJ side project: http://www.artistdirect.com/nad/news/article/0,,8771910,00.html

Thursday night at the Fillmore was a party. The alcohol was flowing which helped to create boisterous pits on the main floor. It brought back memories of both Woodstock and the Family Values tour-the last time I had seen Korn live. Detroit fans warmly embraced Korn’s material from their latest album, The Path of Totality,” but were especially excited about hearing their old favorites. In fact, one amusing fan standing behind me repetitively exclaimed, “When are they gonna muther fucking play Nick Nack Patty Wack Give a Dog a Muther Fucking Bone?!??!!??!?!” The Fillmore went insane when Jonathan Davis brought out the bagpipes. Korn’s frontman and band members have created a magical formula for musical success by combining personal and dark lyrics, with an ever-changing electronic-metal sound. Their modern stage show reminded me of The Devil Wears Prada style of lighting I had admired at the Royal Oak Music Theatre a few months earlier. It was a pleasure to see such a powerful group in a small venue. Jonathan Davis must have a tremendous amount of energy because not only did he perform twice at the FIllmore, but he also DJ’d again at the TV Lounge later that same night. With Davis’ enthusiasm for electronic music, it will be interesting to see what new things they have planned for the future. 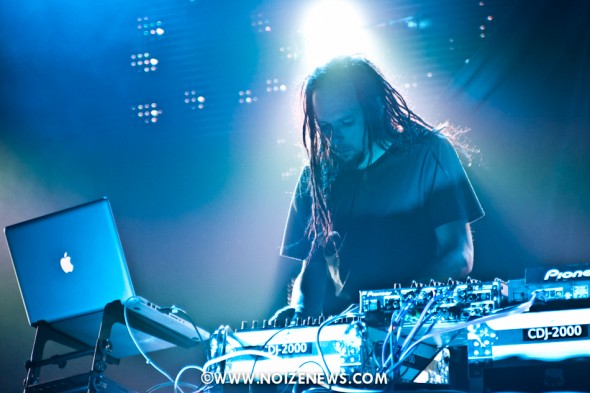 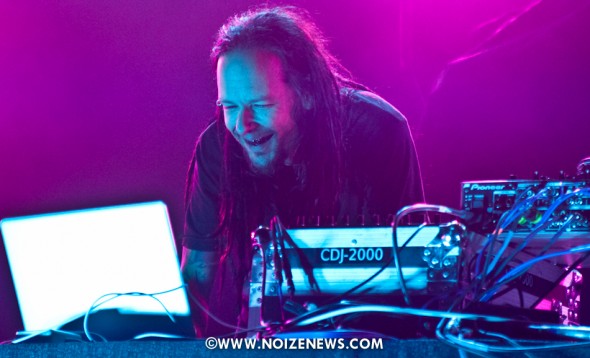 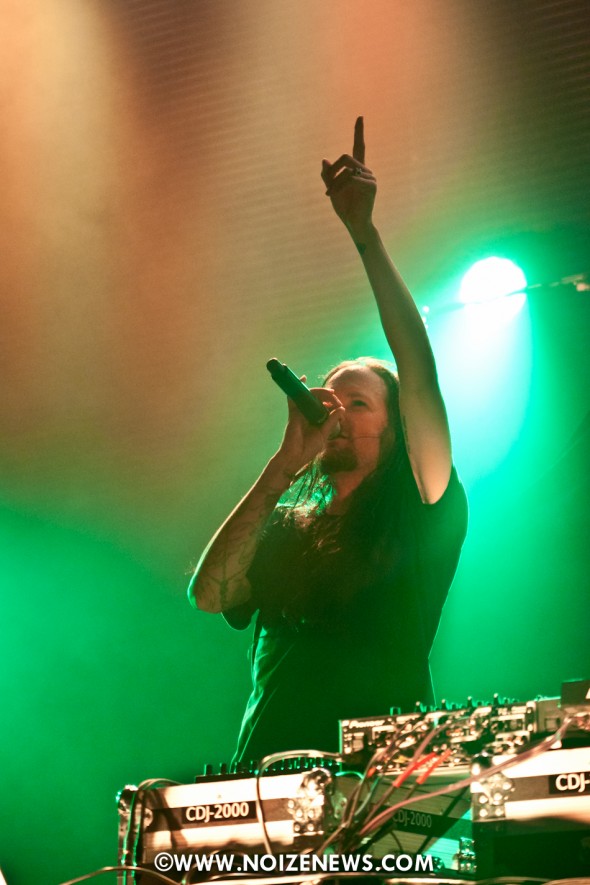 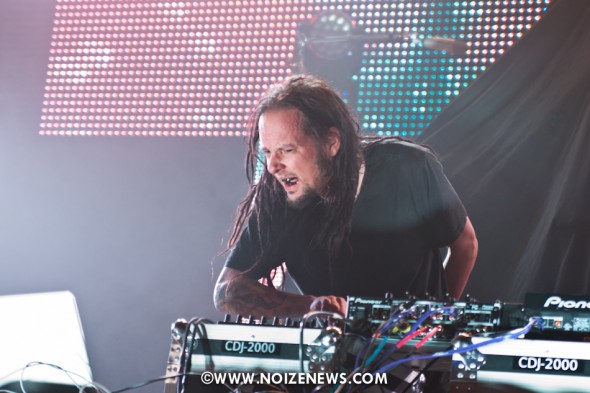 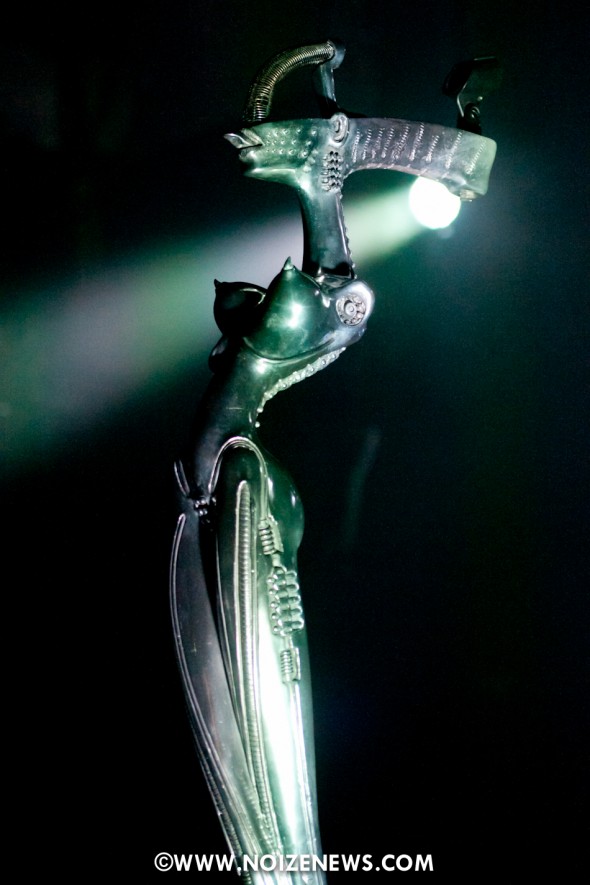 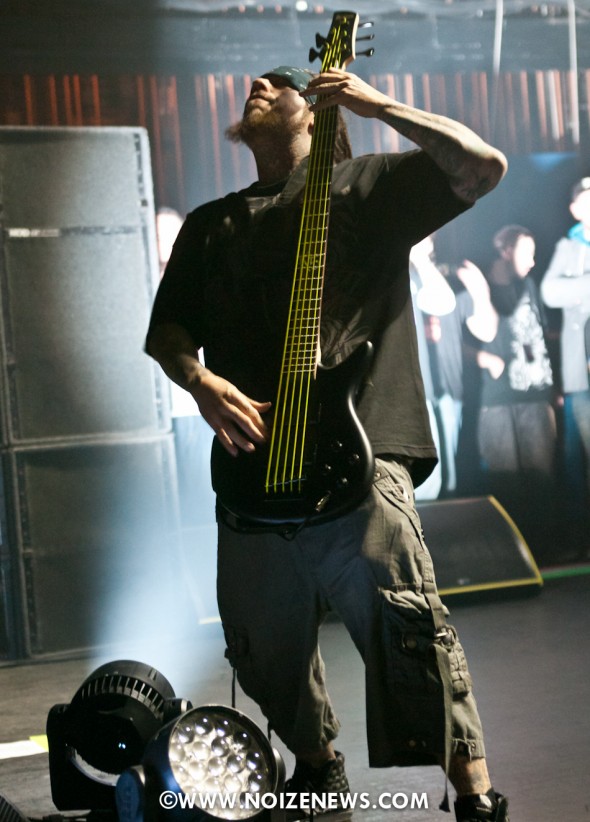 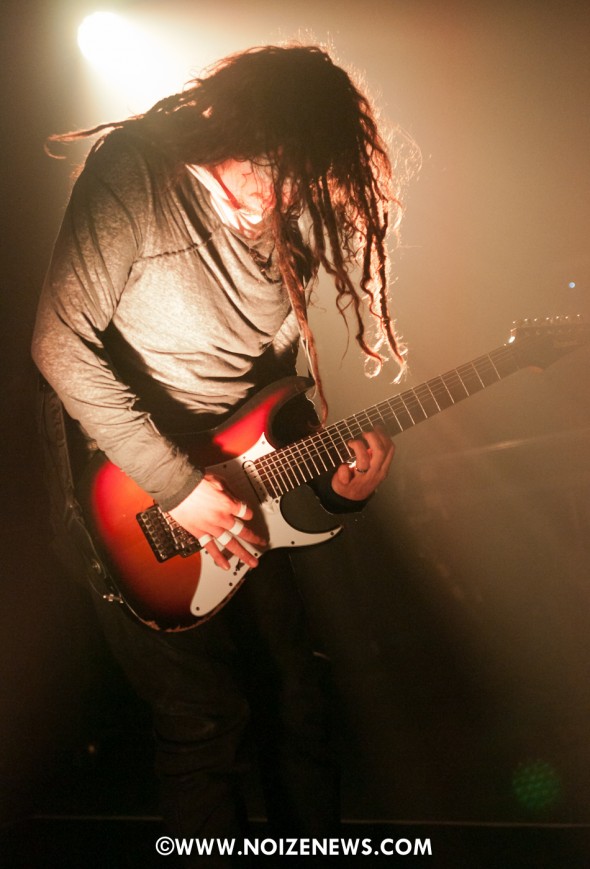 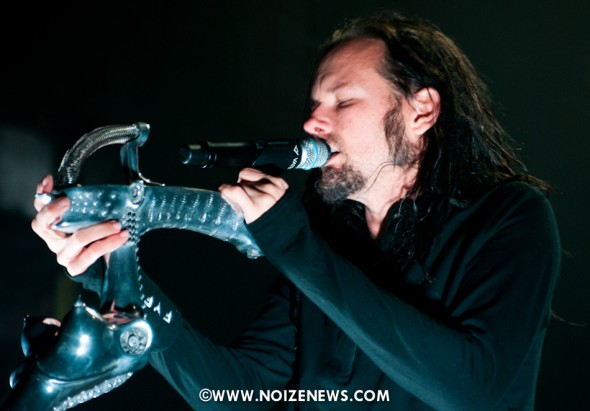 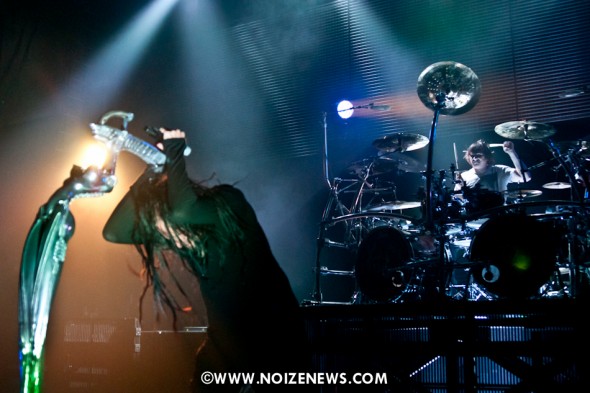 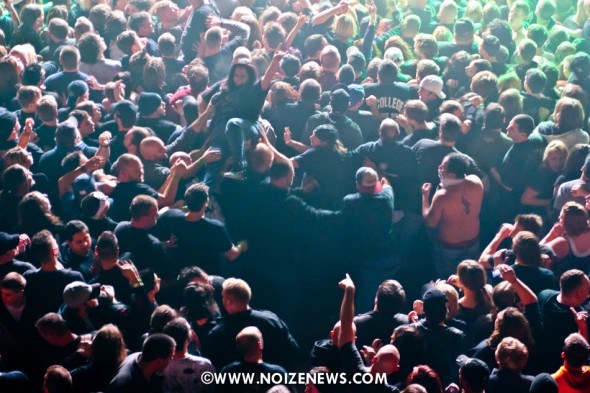 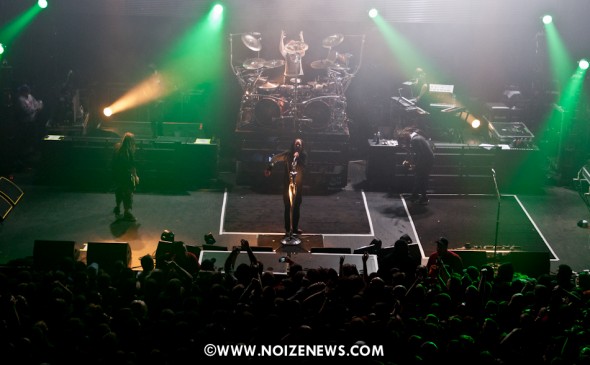