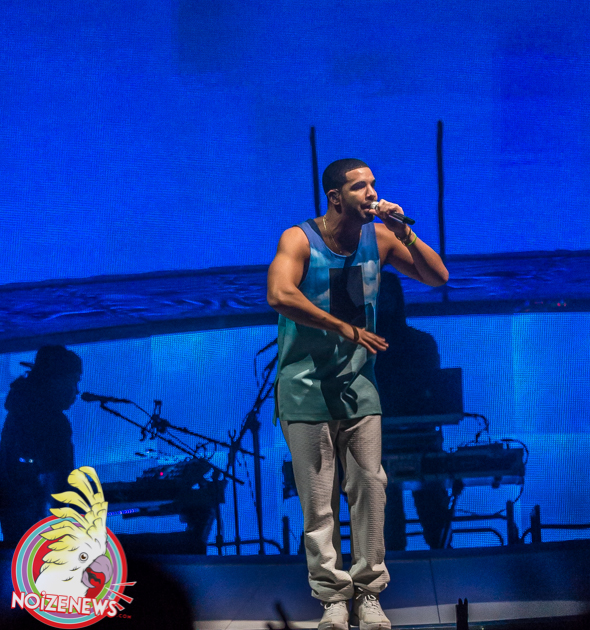 Drake’s concert last Monday generated some of the worst I-75 traffic The Palace of Auburn Hills has seen in awhile. Once inside the Palace, all was well as a fun-loving crowd partied throughout the night to performances by Future, Miguel, and Drake. Detroit’s own local celeb, Chandra Davis, (aka London Charles aka Deelishis) from Flava Flav’s old show “Flavor of Love” was seen mingling with adoring fans. Her appearance  fueled speculation amongst concert attendees that perhaps she was dating Drake because online gossip sites have paired them up quite regularly over the past year.

Drake’s performance was on point as he skillfully articulated his rhymes and moved across a brilliantly backlit gigantic stage. Top moments included a guest appearance by Big Sean and a stage contraption that allowed Drake to hover over fans while high above the ground. Drake has achieved a level of stardom that few artists have achieved. Consequently, the class-act has taken steps to ensure that he puts on an impressive show and leaves fans feeling like he truly appreciates them.