After a strong opening performance by Carina Round, who also performed with Puscifer, the audience hunkered back down into their seats to enjoy a funny skit featuring Billy D. Hildy Berger, Major Douche and Cherry Pie. Maynard James Keennan then walked on to the bare stage and began to build a campsite complete with fire, picnic space, trailer, and a “stinky hippy drum circle.” Mr. Keenan spoke to us in the shape of an eloquent monologue introducing the meaning of Puscifer and the evening’s performance. He spoke of sustainability. Sustainability is a strong word then can encompass many different human themes such as survival of the planet, the human species, and relationships. He pointed out that by day we work, and by night we celebrate. As our world changes, it becomes harder to find the delicate balance between the “artisitic and utilitarian.” Being that Puscifer’s show is interspersed with humor, I’m sure Maynard would agree that humor is essential for dealing with the “utilitarian” part of our day. Puscifer is about the ability to reconnect with that “seemingly lost balance.” A desert landscape was displayed on the giant movie screen that showed tumbleweeds blowing across the land. Maynard then stated that the desert is a great place to go find yourself…”Welcome to Puscifer.”

My favorite song of the night was The Undertaker. The stage screen lit up a brilliant green color that resembled a giant symmetrical Light Bright toy. The music became heavy and Maynard danced with strong rhythmic movements as Carina let loose with legs apart in her own version of a tribal-like dance. Soon after Puscifer showed us their version of a “lazy encore” where band members sat near the fire, relaxed, toasted and had a drink. Maynard then pointed out that Puscifer is a completely independent project and that because the audience had showed up for their show, “…they must be doing something right and will be back.” The Puscifer show is more than just a concert, it’s performance art that allows each audience member to take in the music and messages in order to interept them in a way that makes sense to the individual. 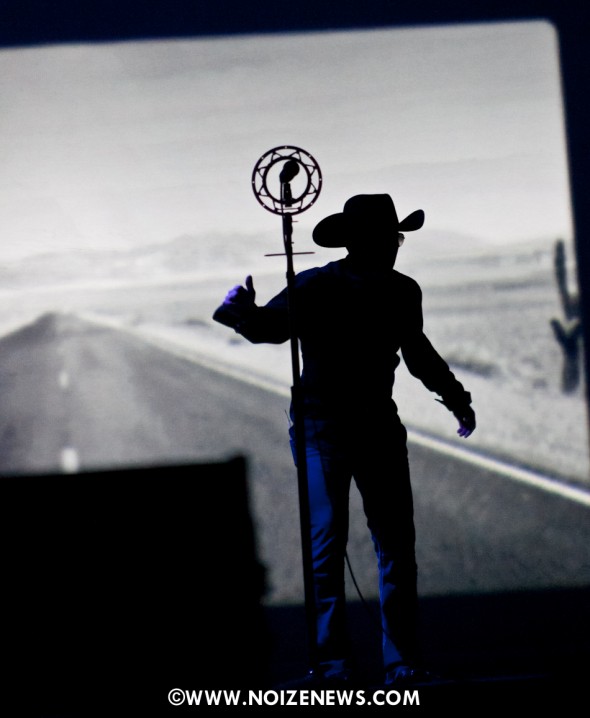 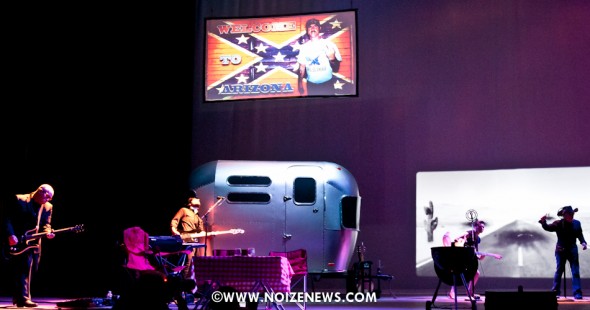 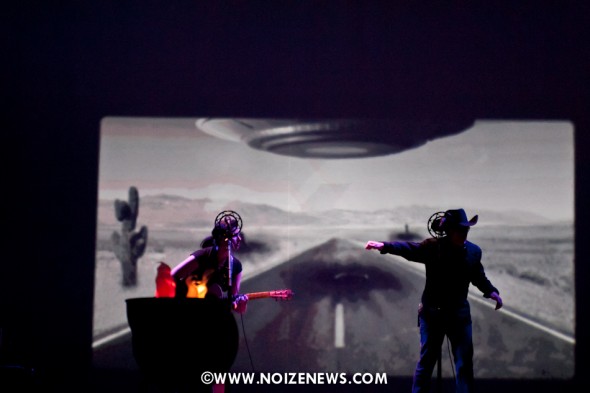 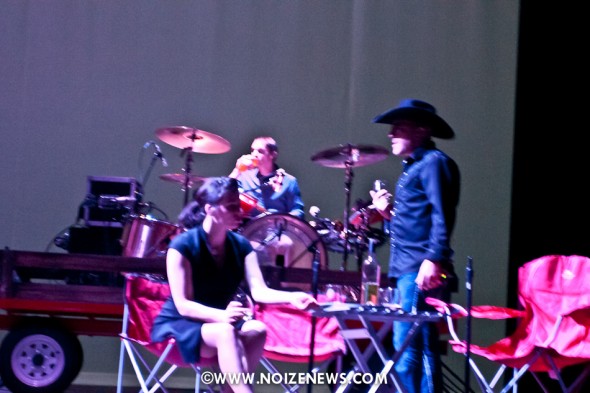 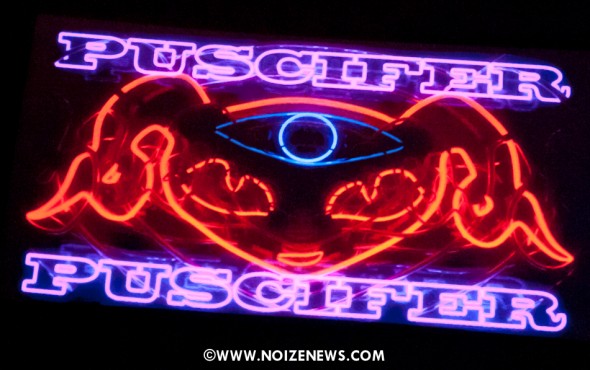 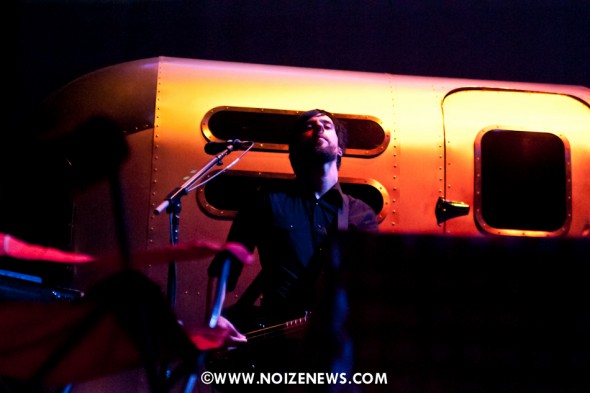 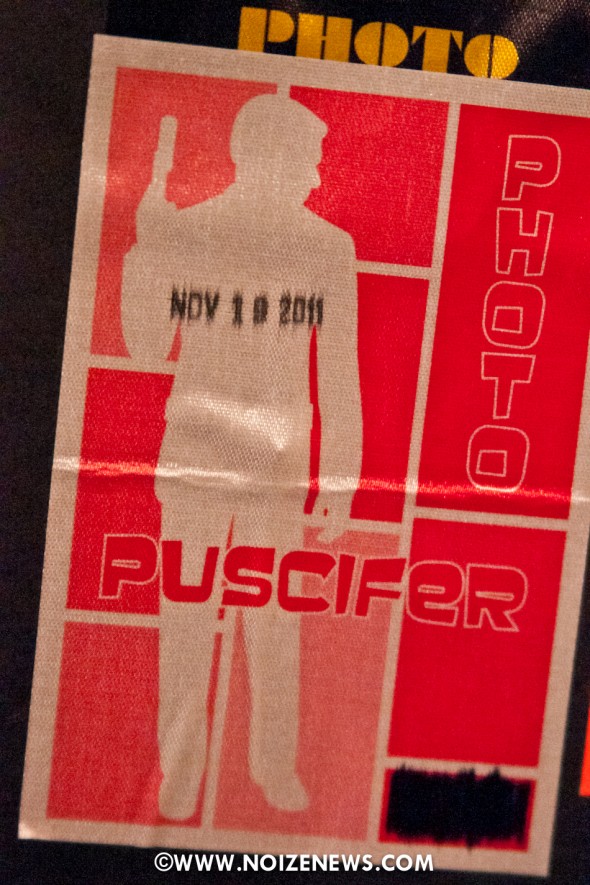 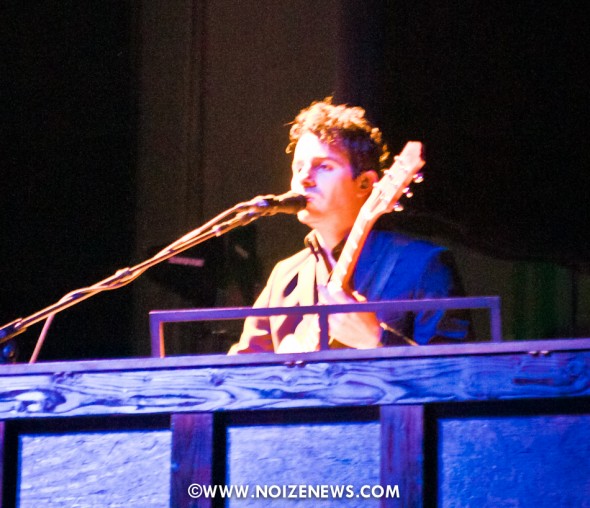