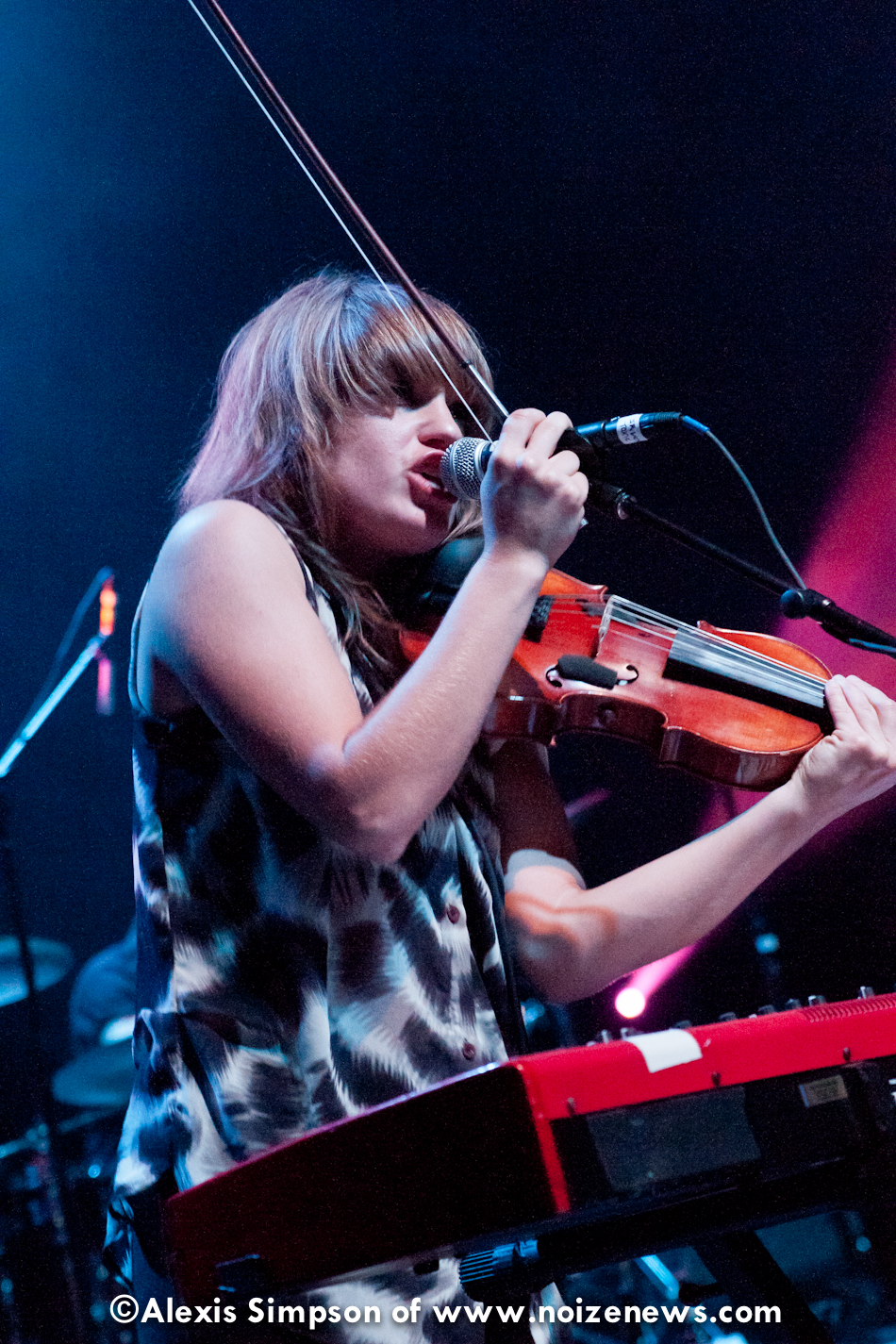 The Airborne Toxic Event is a must see concert because not only does their music sounds fantastic live, but also due to how fun it is to watch the band interact so affectionately with each other and their audience. The dashing singer of ATE excitedly praised the Detroit crowd for being at the show, “I love these little chats-I’m gonna be honest with you guys, this is really fucking fun right now!” The band closed the out night with a lengthy encore composed of classic covers by such greats as Bruce Springsteen and Johnny Cash. Violinist, Anna Bulbrook took a break from performing to do a little bit of crowd surfing. I left with a smile on my face as I chuckled over a group of fun-loving fans dancing unabashedly at the band closed out their set. Bassist Noah Harmon of ATE was the standout of the night because he displayed contagious enthusiasm that fused the band’s performance together.

Earler that night, Minus the Bear played an entire cutting edge full-length set. For those that missed Minus the Bear, they are coming to Grand Rapids on Sept 18th at the Intersection. The group Tristen from Nashville started off the night. The band is named after its lead singer, Tristen Gaspadarek, whose twangy speaking voice reminded me of the the sweet and spirited Dolly Parton (although the music is neo-traditionalist pop). 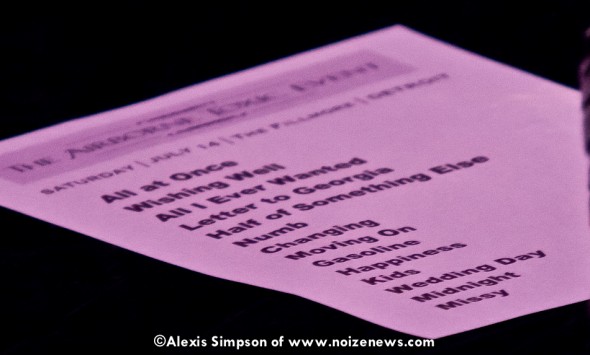 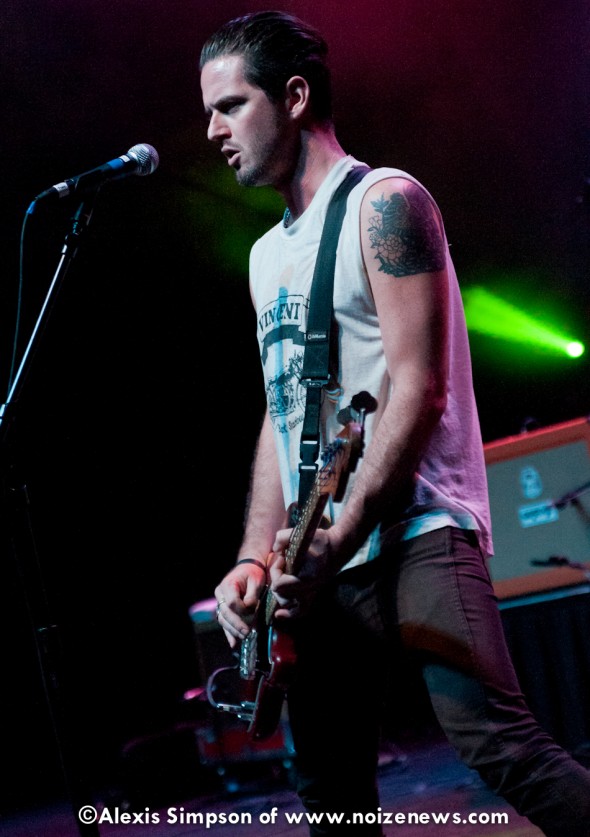 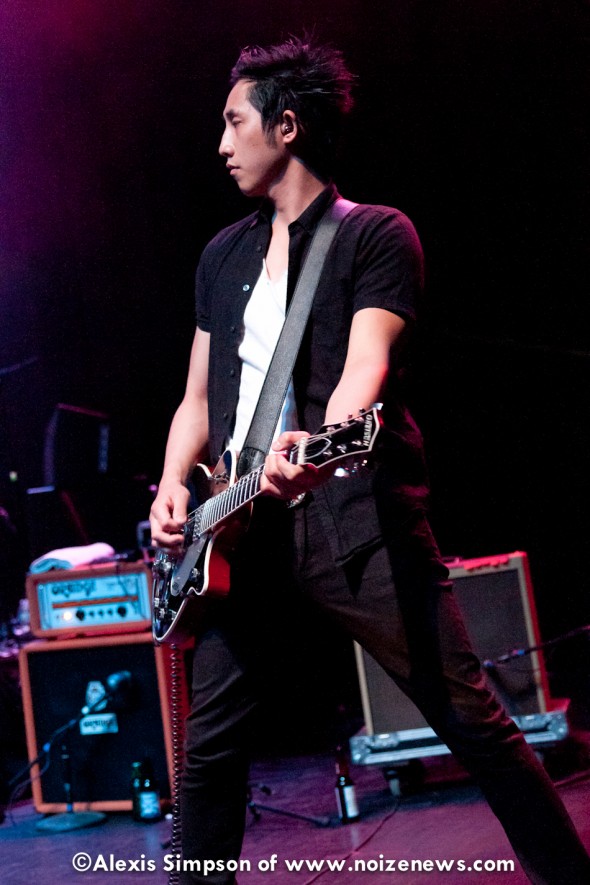 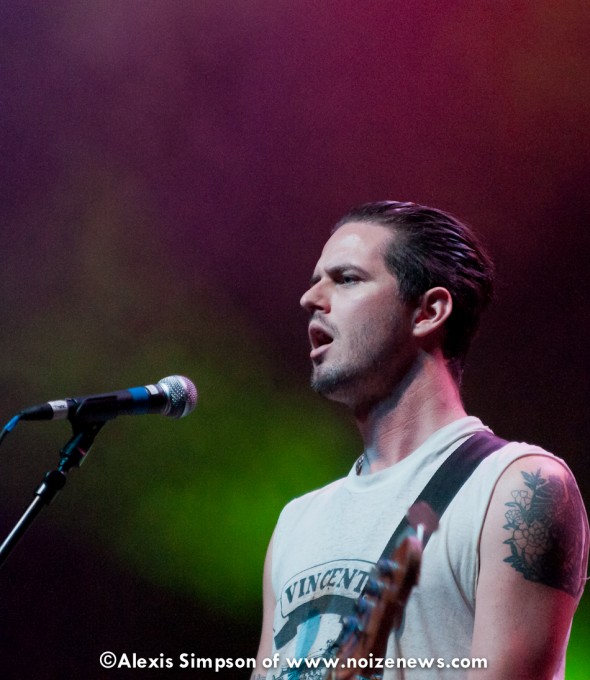 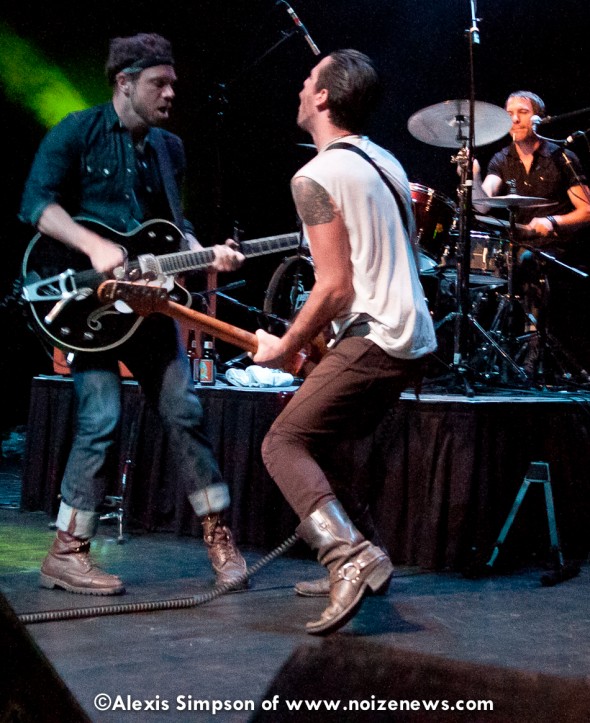 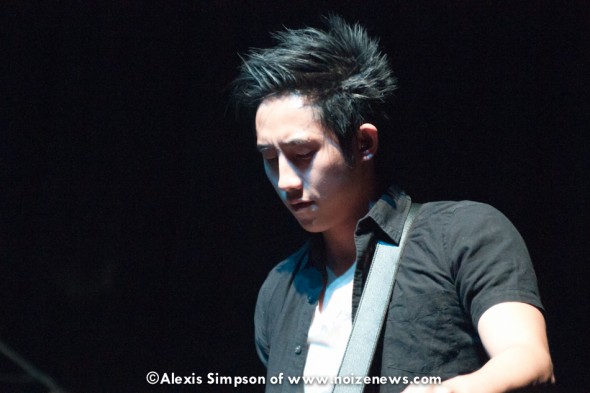 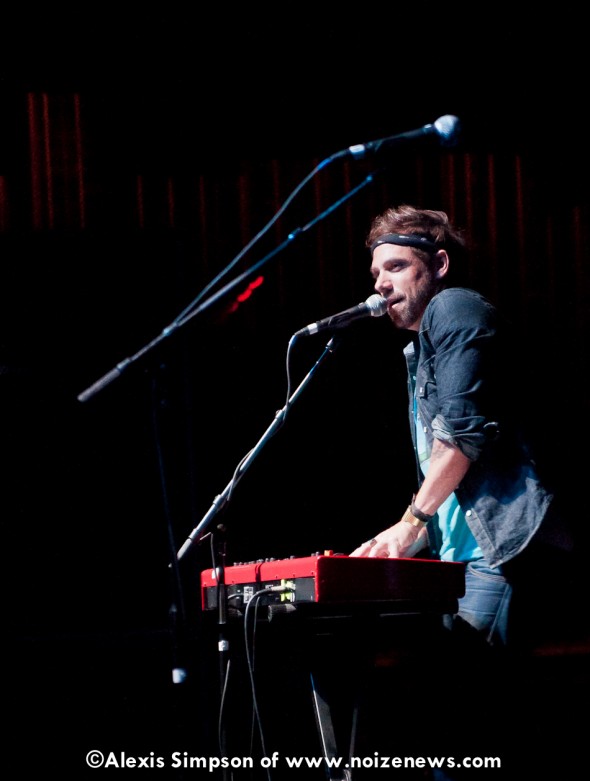 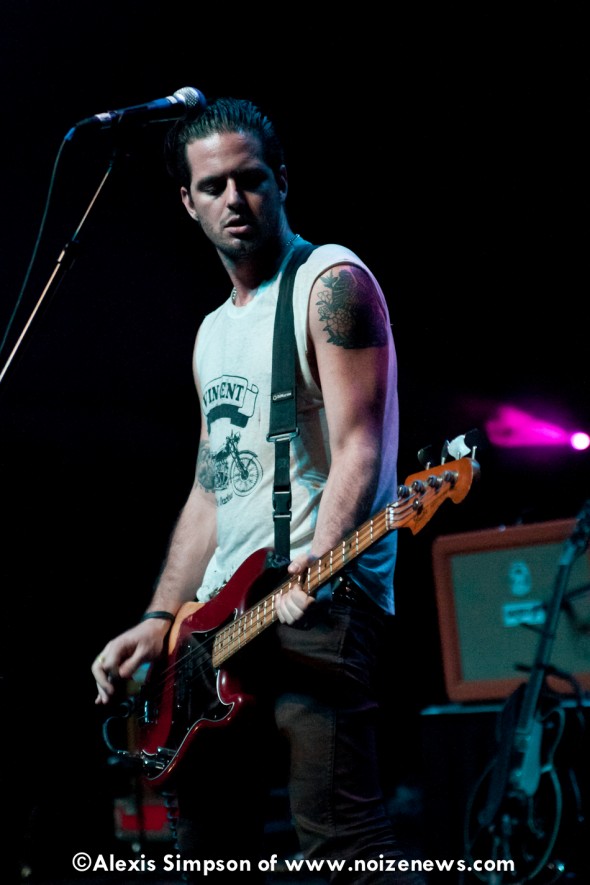 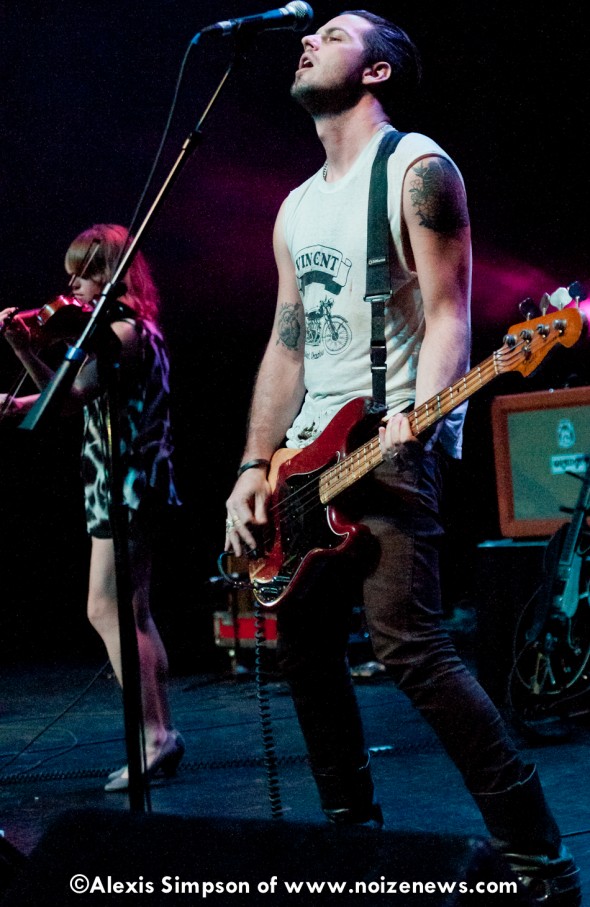 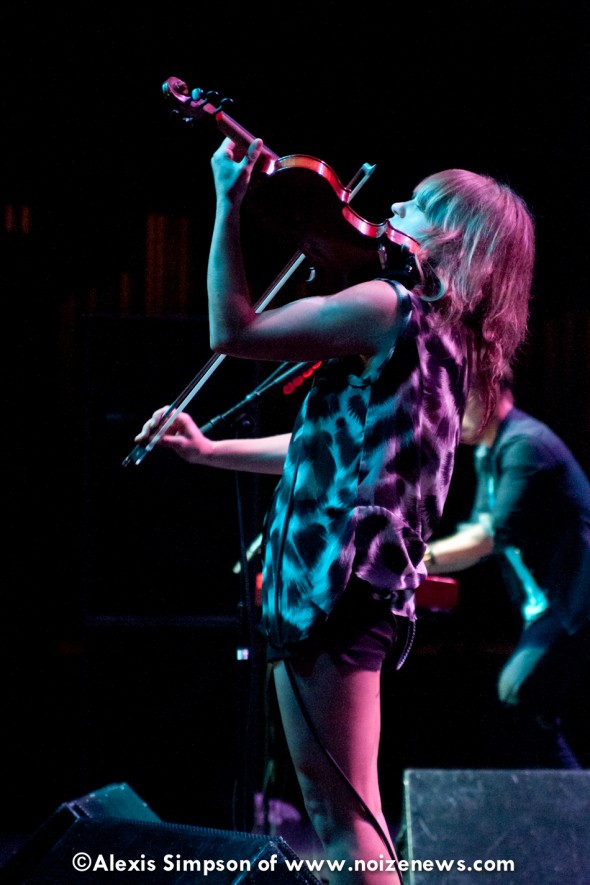 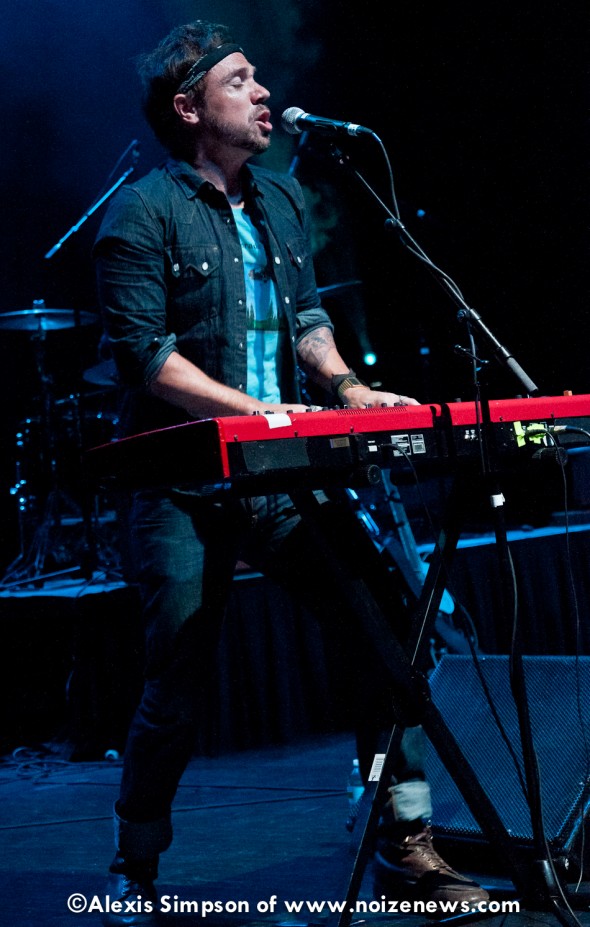 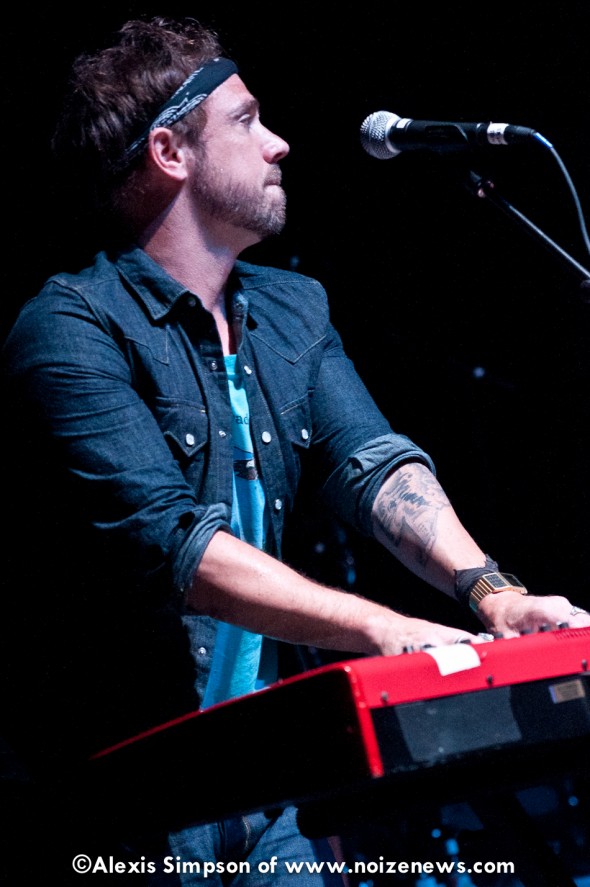 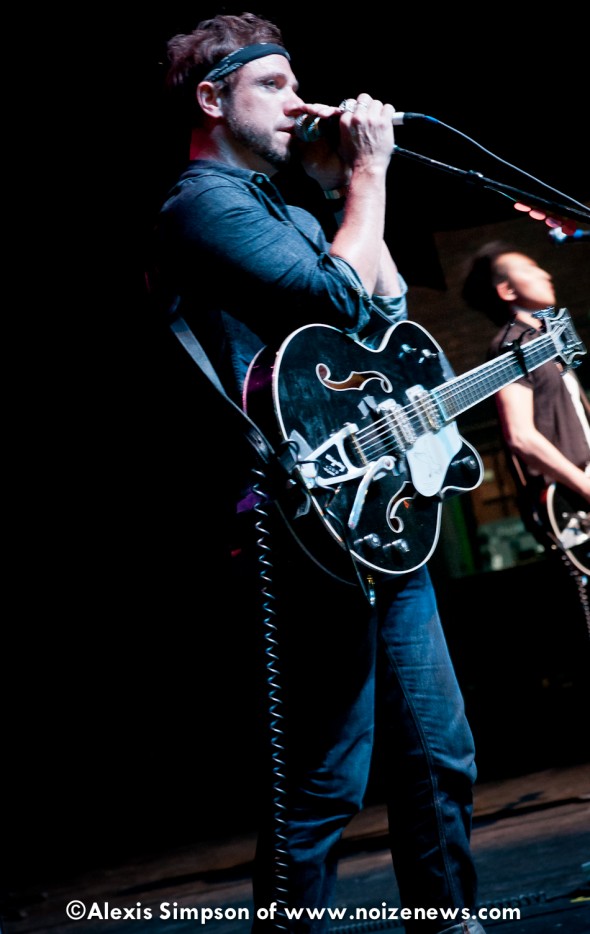 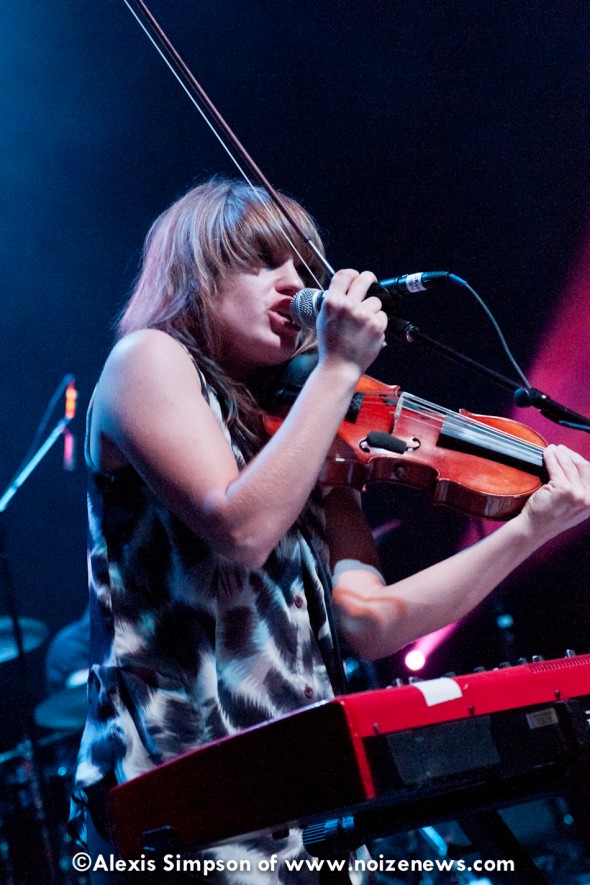 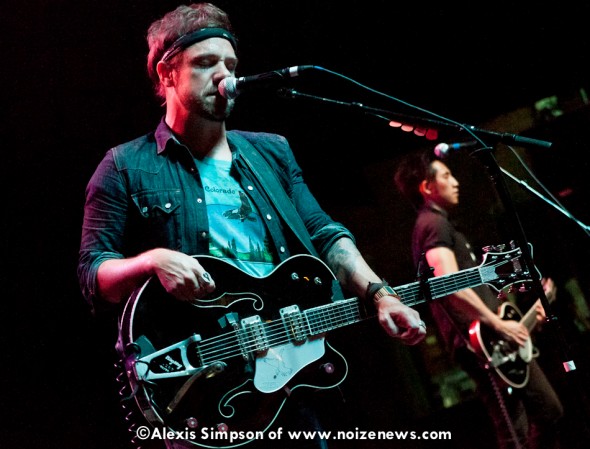 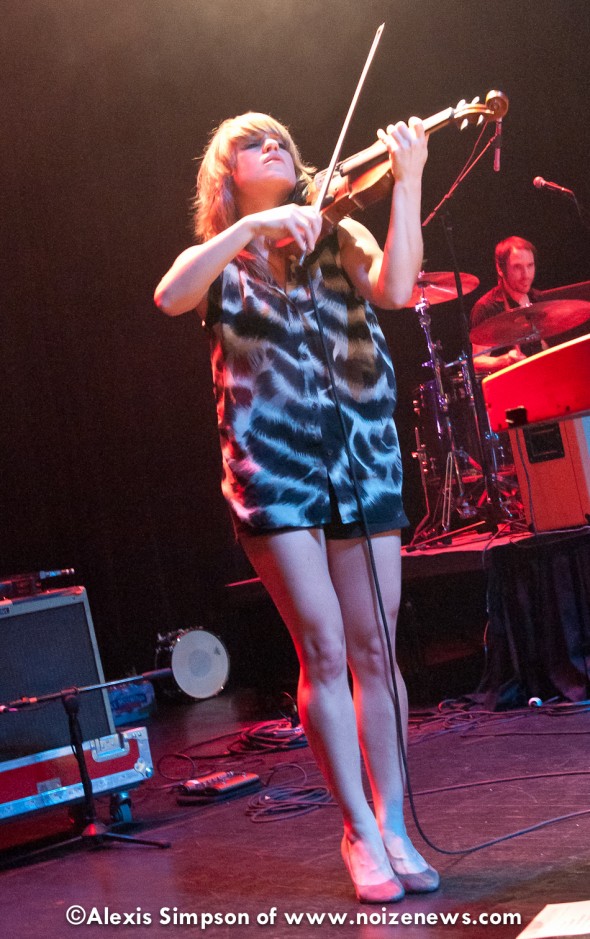 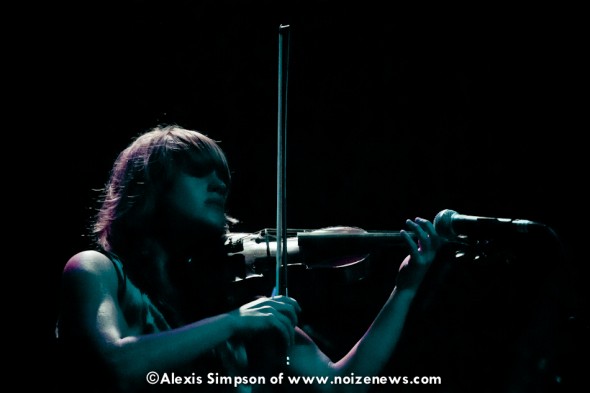 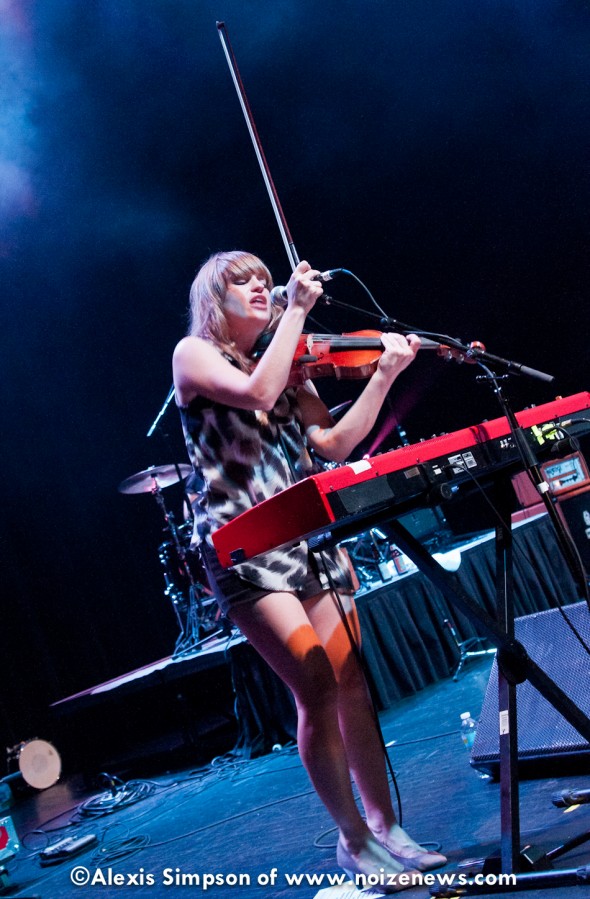 And for the hardcore Airborne Toxic Event fans, here are a few older photos from their last show 7/29/11 at The Majestic in Detroit: 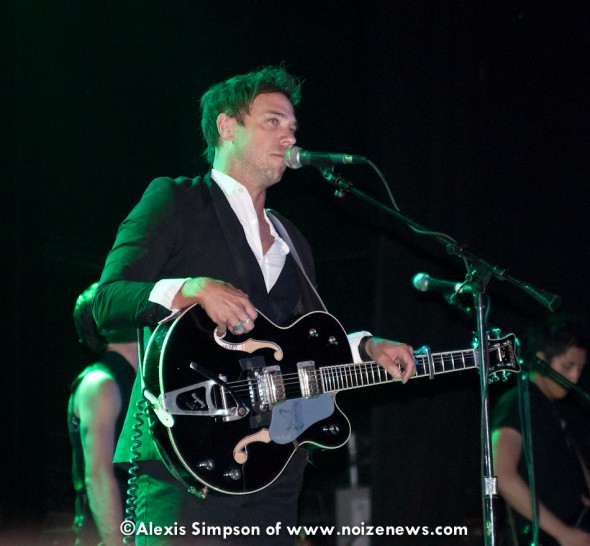 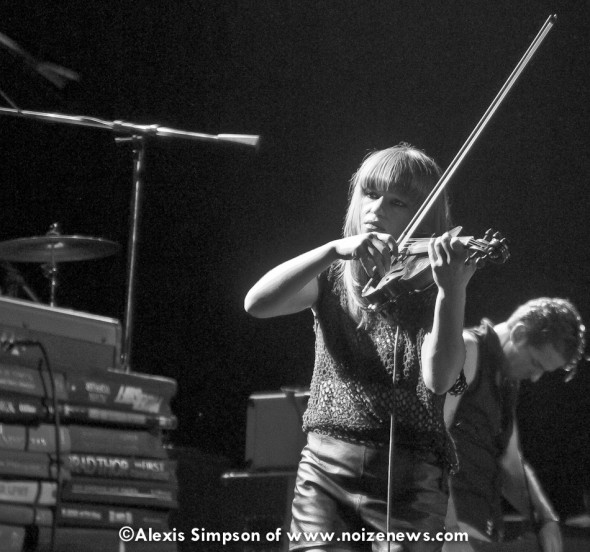 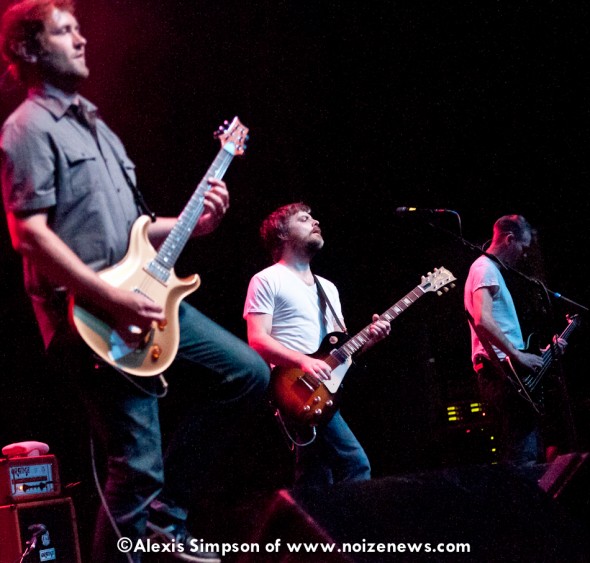 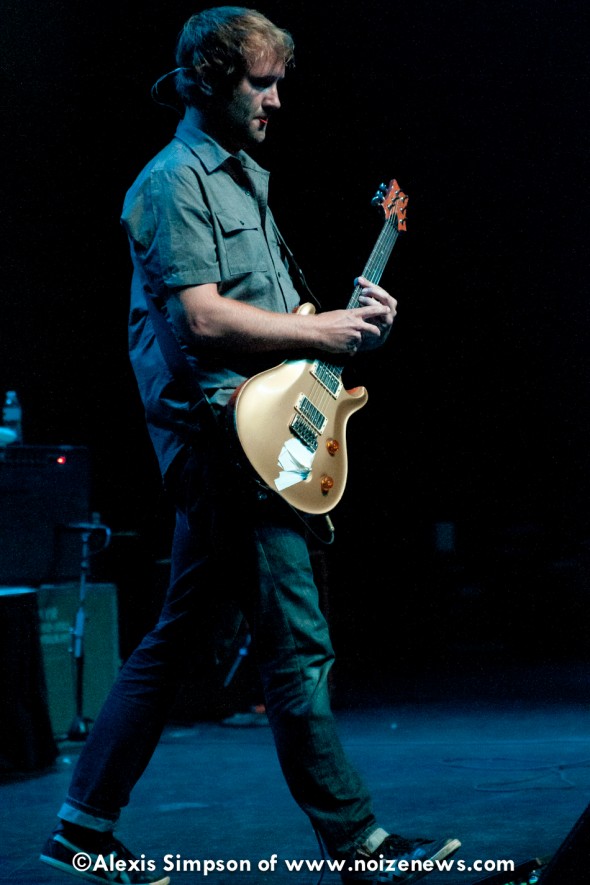 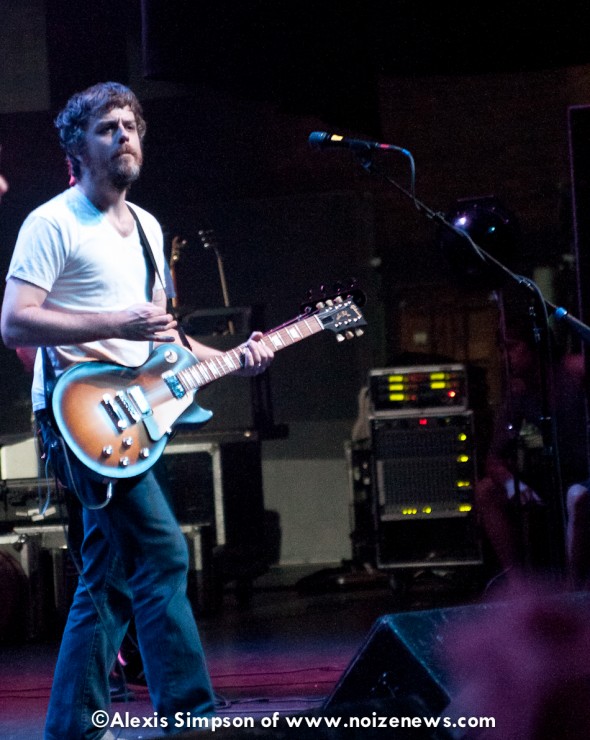 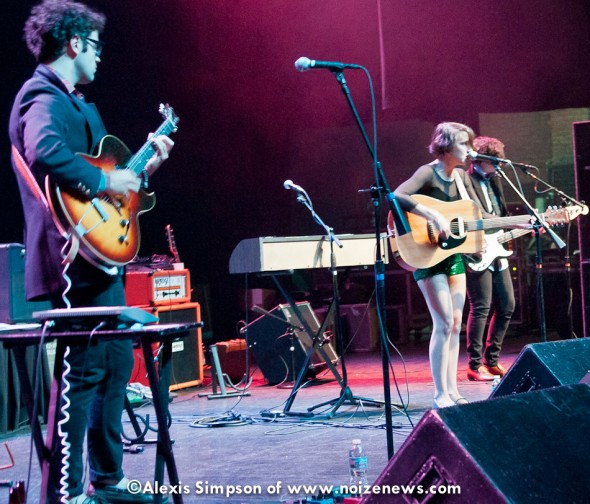 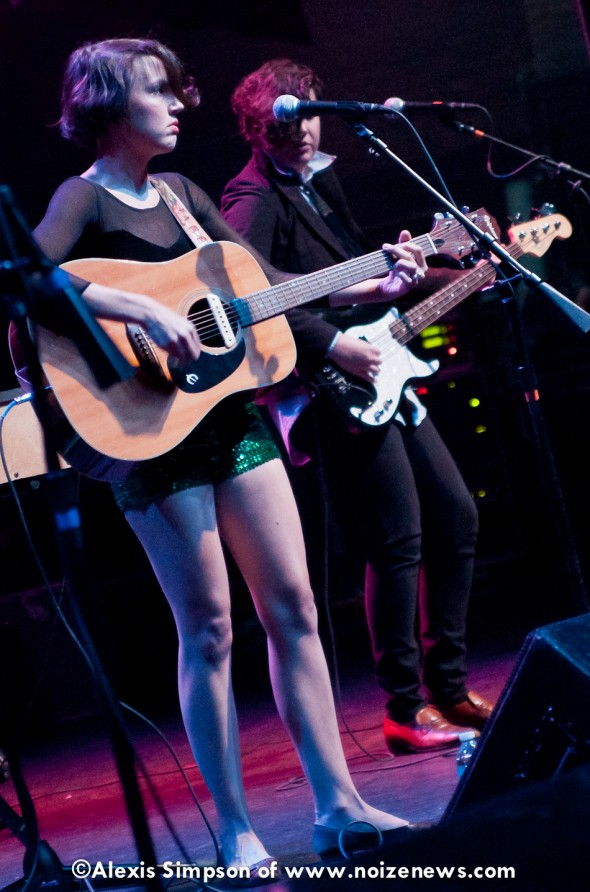