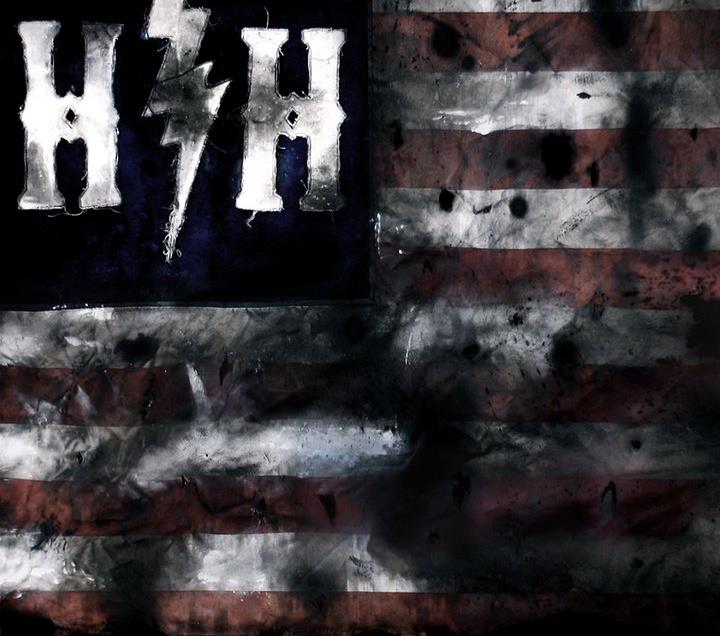 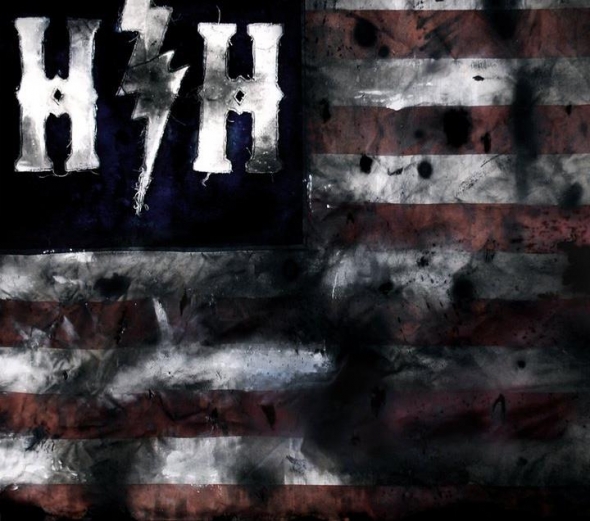 Hell Or Highwater was in Detroit January 25th, when they opened for The Darkness. We got the chance to preview their new album, Begin Again, and wanted to share our first impressions of each track.

For those that don’t know, Hell or Highwater was founded by Brandon Saller, the drummer/vocalist for Cali rock band, Atreyu. You can preview the album on Revolver’s site: http://www.revolvermag.com/news/exclusive-hell-or-highwater-premiere-new-album-begin-again.html

You can order the album here!

1. Gimme Love-Sold opener. Love song about a guy who loves a girl. Nothing not to like. Simple.

2. Hail Mary-This song is also directed at a girl, except the love has gone wrong. I like this one a little better than the first track. Maybe messed up love is more interesting? HA! This song is a little more exuberant musically.

3. Terrorized in the Night-I like this song because even tough rock guys get scared in the night sometimes:) So far I’m liking this even more than track #2. Album is well-produced/smooth.

4. Tragedy-Starts out slowly..A ballad? Nope, they tricked me. Addresses a “tragedy” as if its a person and tells it to “go away.” Honest sincere song…Nifty guitar work. Saller’s voice sounds great.

5. Find The Time To Breathe-I like the line about “But it seems to be the same things over and over.” But then he later says he’s afraid of change, so it appears that he wants change but he’s a little nervous about it. Maybe this song is about some of the changes in his career. Speculations!

6. Rock Waters Edge-This song takes us back to the subject of relationships. This song is missing something. Perhaps it’s just too mid-tempo. We like it slow or fast! 🙁

8. When the Morning Comes-Hmm, just ok 🙁

9. Crash & Burn-Yay, they picked up the pace again. Back to rockin’…

10. Come Alive-We like songs about skeletons and bones:) One of the top 3 tracks on the album. Sounds like a possible “radio” song. Stay turned to hear this one on Detroit’s 89x.

11. We All Wanna Go Home-Another radio-friendly song. Well-written and musically strong with a chorus that everyone can sing along to.

13. The Boxer – Bonus Track-Cover song…A fun listen. It’s also a good idea to add a cover to see a band’s interpretation of an old favorite. Sallor can sing, so why not show off a little? Nice work.

Overview: There isn’t much to NOT like about this album. I wish they had one stripped-down ballad because I’d like to get a closer look at Sallor’s voice. I haven’t yet picked out a stand-out track that spoke to me right away. This happens sometimes-it just means I need to listen to the album a little more and let ir marinade! Next time we will hve to check them out live to see what kind of performers they are:)