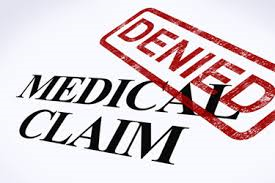 Right to Life of Michigan and the Michigan Legislature apparently believe that the will of 4% of registered voters trumps any public opinion that might be voiced at the polls. The evidence for this charge exists in the Detroit Free Press in their stunning report that Lansing lawmakers decided to approve the “Abortion Insurance Opt-Out Act”, which requires women and employers to purchase an abortion insurance rider for their current health plan if they want to have coverage in the event they need an abortion. Once you’re pregnant, you’re out of luck, regardless of the circumstances of your impregnation.

Translation: Women need to plan for rape, potential miscarriage, genetic defect, or other pre-natal problems that might necessitate an abortion to save their life or prevent them from carrying an nonviable fetus to term no matter if they had every intention of carrying the fetus to term or not.

This latest move by our elected representatives is not only misogynistic, it completely violates the First Amendment rights of all who believe in women’s choice, and runs completely counter to the way that democracy is supposed to work (majority rules, remember?). But, as case the case frequently is, the squeaky wheel gets the grease.

Despite tearful testimony from female legislators who had experienced rape, miscarriages, and prenatal tests for Tay Sachs disorder, the debate in the legislature surrounded the belief that Michigan taxpayers should not be forced to pay for an “elective” procedure such as abortion. The consensus seemed to be that women needed to prepare for those possibilities, no matter how remote.

However, not a single moment of debate or a single line of text in the bill was devoted to men’s elective sexual health services which women are in turn forced to pay for despite the fact they will never need them. So, while women will once again be forced to pay more for health insurance because they had to ill fate to be born female, men can expect to have erectile dysfunction drugs, vacuum erection devices, penile implants, vasectomies, and circumcision covered by their insurance plans. (Yes, all of these are 100% elective.)

As far as the First Amendment rights of these women go, we can consult the Supreme Court for the answer. “The Supreme Court has said a religion need not be based on a belief in the existence of a supreme being. In the 1961 case of Torcaso v. Watkins, the court described ‘secular humanism’ as a religion”, World Net Daily astutely stated in 2005. The actual text of the decision goes a bit further to cite Everson v. Board of Education, stating “Neither a state nor the Federal Government can set up a church. Neither can pass laws which aid one religion, aid all religions, or prefer one religion over another.” Later in the same paragraph, the Court’s opinion states, “Neither a state nor the Federal Government can, openly or secretly, participate in the affairs of any religious organizations or groups and vice versa.” (Emphasis in original)
Did you hear that, Right to Life and misogynistic lawmakers? No religious group can participate in the affairs of government, especially if these religious organizations expect the government not to interfere with their affairs. And whether Right to Life likes it or not, their position on abortion is almost entirely driven by religious beliefs, which would make them a religious organization by extension.
Surprise, surprise, somehow Lansing managed to leave both Supreme Court decisions out of their debate over whether to heed the wishes of 4% of the people or give 100% of the people a chance to voice their opinion at the polls. Not that it should be a matter to vote on anyway, based on my read of the decisions cited in the former paragraph.
Last, but certainly not least, is the complete ignorance of the cornerstone of our democratic society; voting. Michigan legislators could just as easily have voted against the  measure and forced Right to Life to seek voter opinion about whether or not abortion coverage should be included in all health insurance plans. Instead, 148 lawmakers (about .001% of total registered voters) decided that since they represent 100% of the more than 7 million registered voters, they are justified in giving 315,477 people (about 4% of total registered voters) a voice that is greater than that of the general public.
This isn’t quite as big a travesty of democracy as the 2000 election, but I believe that it’s a close second.
Fortunately, a bid to repeal the law is already under way. According to the Free Press, “Shelli Weisberg, a spokeswoman for the ACLU of Michigan, said a coalition of opponents of the initiative will gather next week to begin planning for a petition drive to repeal the law.” If the repeal effort fails, the next step could be to sue the state legislature in federal court based on the provision contained in the Affordable Care Act that states that men’s and women’s health insurance must cost the same.
In either event, it is quite clear that our representatives and senators are not committed to making sure that the will of the majority of people gets carried out. Instead, they feel they must cater to the whims of a fanatical ultra-right wing group which believes that all babies must be born, regardless if they were conceived in rape or incest, regardless if carrying the pregnancy to term carries the risk of killing the mother and the baby, regardless if the family would be cast into perpetual debt caring for a child with severe genetic defects. Never mind the societal cost of food stamps and Department of Human Services assistance. (No doubt that our legislature will cut those benefits so that families are on their own once they can’t afford to care for their child.)
Enough is enough. Remember the names and faces of the legislators who voted to approve this atrocity of a law. Make sure they don’t get another opportunity to make a mockery out of democracy.