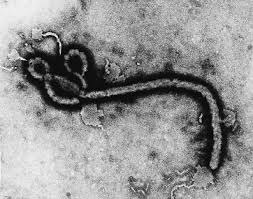 Lately, it seems like one can hardly come across a television news station that isn’t featuring a story at some point in time about Ebola. The stories tell of the latest infected citizens and the steps being taken to prevent the spread of the disease. The debates surround whether or not we should prevent people from entering the United States from West Africa, whether or not we should quarantine people who test negative for the disease, and over how easily communicable the disease really is. Funny thing is, there has been an Ebola epidemic in West Africa for just about 20 years now. I can remember doing a report on the disease in junior high. Why is it that we are just now having fits over the disease?

The answer, in my mind, is quite obvious. This is the first time that the disease has made it to American soil, never minding it was for the purpose of bringing an infected doctor here was to treat the disease and possibly find the cure. The hysteria in this country has reached a fever pitch,  thanks to mainstream media’s doomsday reporting style as per usual. Ebola is here, and it could be right next door to you! You better be careful or you’ll get it, too!

The fact of the matter is that Ebola is actually kind of difficult to contract. It has about the same level of communicability  as hepatitis C. That is, the only way to contract it is by coming into direct contact with an infected individual’s bodily fluids by combining them with your bodily fluids. It is not airborne, which means that it won’t spread like the cold or the flu. Yet, we are insisting that anyone who has so much as shaken hands with someone infected with Ebola be isolated for the 21-day virus incubation period, whether they test positive for the disease or not.  (I’m sure that the same people demanding this isolation will be berating these individuals for applying for disability, food stamps, or assistance with their utility bills after 21 days of unpaid leave.)

While we’re at it, we might as well include anyone who has shaken hands with a hepatitis C carrier. Perhaps we should throw in people who deal with AIDS patients to sweeten the pot. We won’t worry about whether or not they actually test positive for those diseases. After all, AIDS and hepatitis patients are equally as likely to spread their diseases as those who have contracted Ebola. Therefore, quarantining AIDS and hepatitis C patients makes equal sense to quarantining people who test negative for Ebola.

Ebola so far this year has killed 4,922 people according to BBC News, including the one (yes just one) person who died of the disease in the United States. Obviously, 4,922 people dead is not exactly small potatoes. In fact, those 4,922 people are so important, that almost the entire daily news cycle is preoccupied with their deaths. Noticeably missing from the reports is American’s epidemic of tobacco and obesity-related deaths.

Heart disease is the leading cause of death in the U.S., claiming 596,577 people in 2011, according for the Center for Disease Control (CDC). The leading cause of heart disease is of course obesity. Ebola, on the other hand, barely claimed 10% of the number of people killed by heart disease. However, it is taking up all the air time that might be used to educate people on the necessity of a healthy diet and exercise to prevent heart disease. Then again, obesity is a much slower way to die than Ebola. Not to mention that it can’t be transmitted from one person to another save through poor education about diet and exercise. So, Ebola (which could cost as much as $10 billion to eradicate) is obviously a larger health concern than obesity (which costs the American health care system $147 billion per year in 2008 U.S. dollars, according to the CDC.)

The leading cause of preventable death in the U.S. is tobacco. Each year, tobacco causes about 443,000 deaths per year in the U.S., according to the CDC. Yet, Ebola, weighing in at a little more than 10% of the total deaths caused by tobacco, still reigns supreme in the hearts and minds of people looking for a disease to prevent. Never mind lung cancer, emphysema, and other cancers that could be prevented with effective tobacco education. Gotta prevent that Ebola, the eradication of which would cost about 3% of the total yearly cost of tobacco-related disease ($289 billion). Again, Ebola wins the day through its speed of death and the presentation of slightly more gruesome imagery associated with the disease in general.

Yes, it would seem that America in general prefers to hear about exotic diseases from far away lands that affect relatively few people just because of the graphic images they can call up in their head about the symptoms and effects of the disease. If it bleeds, it leads. The preventable diseases that exist right here in our own backyard are not nearly as fun to think about, so hey, let’s not think of them.

It would also seem that America in general is penny wise and pound foolish when it comes to disease prevention. We would much rather part with $436 billion in medical costs each year treating conditions that could easily be prevented in most cases. (For tobacco, all cases of related diseases could be prevented simply by quitting use of the substance.) However, we would rather focus all of our time and attention on a disease that so far has only killed one U.S. citizen. The estimated $10 billion to eradicate Ebola from the earth is no paltry sum, but definitely is chump change compared to the yearly cost of treating preventable diseases and deaths.

So, mainstream media, change your focus from a disease that only just recently found its way onto your radar from thousands of miles away to diseases that are affecting people right here in our home country. America’s television viewers, please stop spewing endless nonsense that is not based in fact on social media and comment areas under any and all articles you read about Ebola. America in general, please be sure that you get all the facts surrounding a public health concern before you jump to any conclusions. We have children in public schools that haven’t been vaccinated for polio, mumps, whooping cough, or German measles, all of which are much easier to contract that Ebola ever will be.