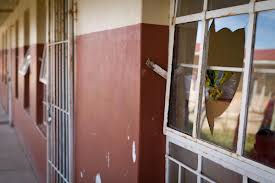 Yes, you read the headline right, folks. Lansing’s latest and greatest plan to control deficits within school districts is to punish them by withholding funding. Schools that fail to navigate the labyrinthian requirements prescribed in Senate Bills 951-954 and 957 for submitting a deficit elimination plan could see their contribution from the School Aid Fund be reduced or even withheld and be subject to state takeover via Michigan’s handy-dandy Emergency Financial Manager law. The bills contain no provisions for increasing school funding to prevent deficits in the first place. The bills also provide very few resources and little support for troubled school districts.

Obviously, this approach makes about as much sense as your employer cutting your hours or your pay to give you an incentive to pay your bills in full and on time. In other words, it could never work. Not only that, but the average person wouldn’t stand for such treatment. In that respect, the people of Michigan should not stand for this treatment of our public schools.

It is no secret that school funding has been in trouble since the Granholm administration. Ever since school funding became a state budget line item through the passage of proposal A in 1994, the state has been slashing public school budgets and requiring public school districts to contract privately for bus service, food service, and requires public schools to kick back about 24% of School Aid Fund contribution to the teacher retirement system due to the Legislature’s apparent lack of fiduciary responsibility with regards to making investments with the money teachers pay in the first place so they can have a pension. (Charter schools are not required to provide transit or pay into the teacher pension fund, though they get the same per-pupil allotment as public schools.)

Somehow, Lansing boneheads think that the best way to fix the problem of school budget deficits is not to increase revenue and earmark it for schools. In fact, they believe that if they eliminate the 6% sales tax on gasoline (part of which goes to fund schools) and replace it with an incrementally increasing tax on wholesale fuel that doesn’t contribute to school funding, that school districts will still be able to pay all of their bills. If they don’t, the state will happily keep taking money away until districts face a financial emergency, gladly usurp power from locally elected officials.

Senate Bills 951-951 & 957 are at their base nothing more than a furtherance of the Legislature’s plan to defund public schools and arrange for their takeover by the state. Once the state realizes that they are better off being ignorant about the operation of entities they write legislation to govern, they will no doubt hand the complete operation of our state’s schools to the corporate privateers who have been salivating over getting a piece of the multibillion dollar pie that is our educational system and profiting from it.

Take the time to call your Lansing Representatives and Senators and tell them to oppose these bills. While the need for reform in educational funding and spending is desperately needed, ramming these bills through a lame duck session with little debate or discussion is not the way to approach it. Tell Lansing that if they want schools to be free of deficits, they need to properly fund them first.