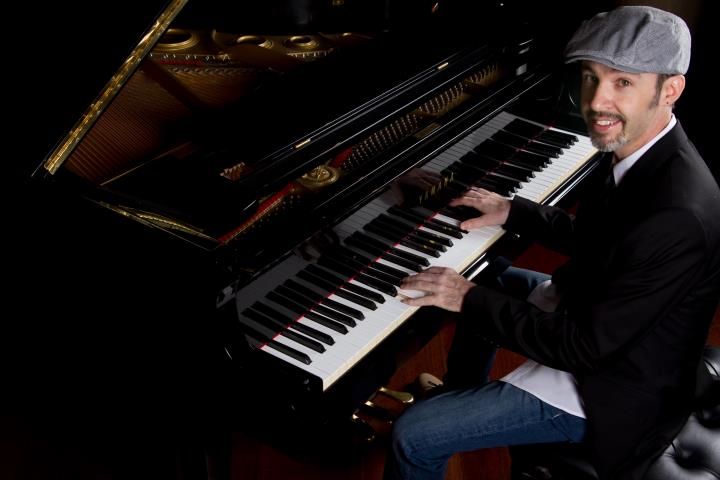 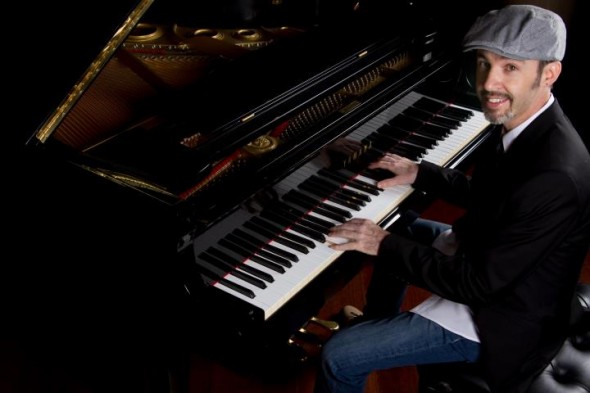 If you don’t know what boogie woogie music sounds like, think of an evil villain with a ridiculous mustache tying a damsel in distress to railroad tracks. The music in the background is played on the piano usually with a jaunty, upbeat, melody and elements of dooming suspense. Or, as Matthew Ball aka The Boogie Woogie Kid! describes it, “happy blues.”

Howell’s Opera House swelled in numbers on Friday, January 27th. Set in a dimly lit room of  icicle lights, Matthew Ball on piano and Victor Pruner accompanying on drums, took the crowd back to the early 20th century, when boogie woogie was in its prime.

Ball’s been playing the piano for years and it was the “jazzy performance [of boogie woogie]” that drew him in when he was around thirty. In fact, he was a student of the renowned Bob Seeley who played with Meaude Lux Lewis—one of the three leading pianists who helped to popularize boogie woogie at Carnegie Hall in the late 30s. Ball had to work on that relationship though. Seeley was “kind of guarded [in his craft]” and he “had to work on him for a year.” Seeley sent him to a different musician to study under, Mike Przybkylski, and with each new lesson, Ball brought what he learned to show to Seeley. It took about a year before Seeley submitted.

The amount of time that Matthew Ball has taken and continues to take, to study and practice this art, was truly apparent with each piece he played. He gave a brilliant performance and should be considered as a notable, contemporary boogie woogie pianist. He plays in a twelve bar blues chord with his left hand, a “sped up version [of the blues], structurally,” and then uses “a different pallet” with his right hand to produce complimenting sharp, clapping beats. Ball was nothing short of professional and friendly. He spoke quickly in a light, airy voice and spat out information from the time area of the song that he could probably recite in his sleep.

Ball played songs like, “Cow Cow Blues,”—, merrily, bantering notes—and “Over the Rainbow Blues”—a beautiful rendition that transitions in boogie woogie and makes the composition more upbeat.  he gave credit to his personal favorite, which “…forever create[d] the genre brand…,” Clarence Pinetop Smith’s hit from the late 20s, “Pinetops’s Boogie Woogie.” “Bumblebee Boogie” was extremely well received. Ball didn’t mess up once as his fingers flew with speed across the piano keys, bringing to life the flight of the bumblebee.

Victor Pruner further brought out the notes with beats that wonderfully accented the songs and didn’t overwhelm the overall sound with brushes instead of sticks. Pruner is a delightful man, with a quick sense of humor. He started taking piano lessons from Ball and it soon became known that Pruner had played drums years ago. Tonight marked his sixth show and so far, Pruner’s been “having a ball.” Current relationship set aside, he thinks that Ball is one of the best boogie woogie pianists in the country. “[I’m] not just saying that.”