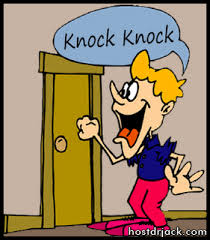 The George Zimmerman trial began today with some interesting opening arguments. The prosecution chose to quote Zimmerman’s expletive-laden conversation with police dispatchers the 2011 summer night that he took Trayvon Martin’s life, according to the Daily Beast. The defense decided to take the route of attempted levity in the form of a knock-knock joke.

NPR quoted The Orlando Sentinel as follows: “… he told an ill-received knock-knock joke: George Zimmerman who? ‘Alright, good. You’re on the jury.’

The task of finding six jurors who knew little or nothing about the case and had no opinions about it must have been a daunting task to be sure. But, to make such a crass and tasteless joke during a what is perhaps one of America’s most well-known murder trials is not a way turn that jury toward your client’s favor. Of course, the fact that defense attorney Don West took five times as long as the prosecution to present his opening arguments probably didn’t help at all.

While West no doubt meant well, his joke was met with courtroom crickets, as it should be. Such a serious matter as accusing a 29 year old man of the second degree murder of a 17 year old boy is no time for yukking it up.

I for one am happy that they jury is taking their sworn duty to provide George Zimmerman with a fair and impartial trial as seriously as possible. They have already been sequestered and forbidden to contact the outside world through the social media network. They don’t need West making a joke out of their lack of knowledge about the case making  it difficult to let the evidence be their only guide.

And the jury will definitely have a tough body of evidence to consider. They have the 911 call itself, which not only featured Zimmerman saying “‘[Expletive] punks. Those [expletives], they always get away,'” but also featured screaming of indeterminate origin that ended immediately after the fatal gunshot, not to mention the police dispatcher advising Zimmerman to wait for a squad car to arrive. (Zimmerman’s lawyer patently denies that the dispatcher made any such statement.)

No matter what your stance is on this trial, no matter what your opinion about the result should be, this case is sure to occupy much of the American news cycle for many months to come. During that time, the jury in the Zimmerman case cannot go home, cannot talk about the case with anyone, and is cut off from using technology to even have some semblance of human contact. During that time, much debate will fly across the internet and airwaves regarding who is screaming on the tape, whether or not the police dispatcher told Zimmerman to stay in his car, and of course whether or not Trayvon Martin was killed in self defense, none of which the jury can take into consideration in their decision.

Mr. West, you picked a heck of a time to start slapping your knee.