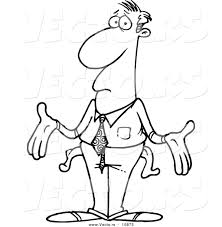 Perhaps the most insidious problem with schools is the giant financial shell game in which districts are forced to participate. The game can be traced back to the 1994 enactment of Proposal A when school funding was taken out of the hands of local school districts and put into a line item on the annual Michigan budget. Ever since that time, Michigan legislature has been completely in charge of raising or lowering funding for schools with no input from local school districts. The practical result of this change has been a continuing defunding of education.

Under Proposal A, earmarked revenues are deposited into the School Aid Fund to finance state education aid to districts. The two percentage point increase in the sales and use tax, the 50 per cent per pack increase in the cigarette tax, the 0.75 percent real estate transfer tax, and 14.4 percent of individual income tax revenues (increased to 23.0 percent in 1997) are all directly deposited to this fund. Also included is a new statewide uniform property tax levy of 6 mills on both homestead and non-homestead property. Districts are required to levy 18 mills on non-homestead property for full participation in the state school finance program,  and  districts are not allowed to levy additional mills to finance general operating expenditures.

However, sales tax revenue can be affected negatively not only during times of recession, but at any time people are simply choosing to spend less on goods that carry sales tax. Cigarette taxes can be very easily dodged by quitting smoking, and with the latest push in society for Americans to live healthier lifestyles, taxing smokers is sure to bring in less revenue with each passing year.

It used to be that if a school needed money for a new computer lab, a new swimming pool, or other new equipment, they would put a millage issue on the ballot and let the voters decide if they wanted to pay more in property taxes to fund whatever the school needed. Proposal A not only put a stop to that, but actually capped individual district spending based on 1994 levels. Since that time, overall spending on schools has remained stagnant, and as of 2010 was $73 dollars less than overall spending 20 years ago in constant dollars. Now, if only we could get those darned costs to drop by $73 per student. (They never will, of course.)

As if stagnant funding and increasing costs weren’t problem enough, Section 25e of the State School Aid Act (MCL 388.1625e, Public Act 60 of 2013) is the latest salt in the still raw wounds of school budget cuts. Referred to as the “money follows the child law,” the basic premise is to allow students more freedom to move from a failing district to one that is performing well. It stipulates that if a student leaves School District A and enrolls in School District B under the Schools of Choice law, then District A loses funding for that student and District B gains that funding. This sounds good on a piece of paper until you realize that many failing districts are failing because they lack money for current educational technology and resources. As the district remains unable to purchase new resources and upgrade technology, more and more students will continue to leave the district, leaving the district floundering in a financial catch-22 with no way to improve its lot.

Once schools started to go into deficit, it was only a matter of time until the state could tell schools that they needed to reduce costs by privatizing food service, bus service, and eventually custodians. Once schools started doing poorly on the state-mandated testing due to low funding, an eventuality they counted on, lawmakers could tear teachers apart for “failing their students.” Never mind the fact that their job duties increased as resources decreased. Never mind that teacher paperwork in “failing” districts increased as they had to document the steps they were taking to rectify student test scores. (This is what I refer to as “educating the paperwork,” bogging certified teachers down with so much paperwork that they are faced with either not having time during the day to educate students, or doing school paperwork on their own time, thus cutting into their prep time.) This of course leads to less effective education, more failure, and a vicious circle that repeats itself until the district is deemed a failure.

Once upon a time, this country was much more progressive in administering educational services. Students had access to books that were a few years old at most, access to after school programs at little to no cost to them, and an enriching full curriculum that involved art, music, and a great deal of choices for elective classes. Now, some schools charge participation fees for after-school programs, others have eliminated art and music as well as many of their elective courses, still others have cut teacher pay by 10% or more, and nearly all school districts in Michigan have required teachers to pay more into their health care and pension plans. (Even teachers that have endured a 10% pay cut have to make a larger contribution, effectively reducing their monetary compensation further.)

We as citizens and political constituents should not stand for this sort of nonsense. Parents concerned for their children’s future should be beating down the doors of their state representatives and senators demanding to know why schools consistently endure cuts while tax breaks are given to wealthy people who don’t need them. They should be clamoring for the repeal of Proposal A, for the repeal of Section 25 of the State School Aid Act, and the reinstatement of the Michigan Business Tax and Michigan Personal Property Tax. Failing in those endeavors, we need to remember at the poll booths which members of our legislature approved cutting taxes for businesses and cutting investment in schools and make sure they don’t see any future terms.