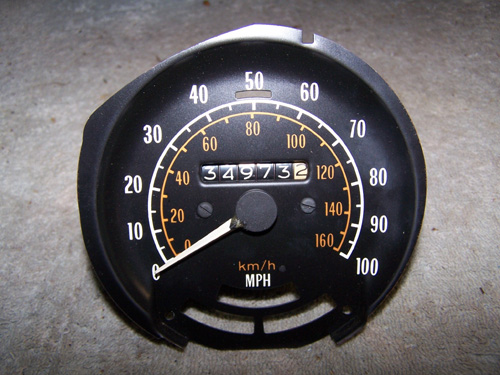 Justin Bieber is in the spotlight again with a fresh “I’m 18 and there’s nothing you can do about it” attitude as police stopped him several days ago for exceeding 100 mph in his $100,000 Fisker Karma. His claim was that he was trying to evade paparazzi, and even took the liberty of calling 911 after the incident ostensibly to notify police that he was still being followed by “like five cars,” according to the pop star on the 911 tape.

I am not one that condones the behavior of the paparazzi. Celebrities do give up a lot of their personal privacy when they become famous simply by virtue of attracting tons of public attention. However, this does not justify the horde of morally bereft photographers who constantly follow stars to try and catch them in an uncompromising moment so they can sell the pictures to the tabloids. The job of photographers is to take pictures, not people’s personal space.

Fortunately (or unfortunately depending on which way you look at it) there were about 10 witnesses to the incident, including Los Angeles City Councilman Dennis Zine, who called authorities to report that “five or six cars” were in hot pursuit of Bieber and engaging in reckless maneuvers like driving on the hard shoulder or cutting off cars to keep up with their quarry.

On the flip side of the equation, there is an 18 year old kid who was caught traveling at over 100 mph on public roads who complains that the police were “not nice” when they issued him his citation. Bieber should be thankful that the police were nice enough to stop at a civil infraction rather than taking him to jail for reckless driving or public endangerment.

Bieber admitted to the 911 operator that he had been stopped by police for speeding before he placed the 911 call. According to the ABC News report, he gave a false name to the 911 operator, calling himself “Justin Johnson.” I suppose that if the 911 operator had asked what kind of car he was driving, his attempt at disguising his identity to someone who can help him would be blown to smithereens.

He could have just as easily placed his phone call and reported the paparazzi’s reckless behavior before he decided to treat a Los Angeles freeway like Daytona Motor Speedway.  Another approach would be to ask his GPS to take him to the nearest police station so that he could file the complaint in person.

Why he phoned police after he got his ticket, and why he gave a false name to a 911 operator still remain a mystery.

The bottom line here is that no one got hurt. For that, I am glad, despite my personal feelings of utter loathing toward Justin Bieber. However, I really and truly believe that Bieber will draw absolutely no life lessons from this incident. He will get a slap on the wrist fine and be able to go along on his merry way, while anyone else would at least have to attend a defensive driving course to learn how to prevent such occurences on the public roadways.

Justin Bieber should at the very least be forced to watch the news stories surrounding the death of Princess Diana and her boyfriend. I believe that would at least send the message that speed kills, even if you are trying to avoid the paparazzi.

As a final note, Justin, if you want to be environmentally conscious and not stick out like a sore thumb, try buying a Prius or a Fusion or a Volt. They have the notable advantage of not being entirely chrome colored, and therefore blend in well with other vehicles.

P.S. After all that trouble of trying to avoid the paparazzi, Bieber still managed to get his picture taken in his ridiculous car. Check it out here.