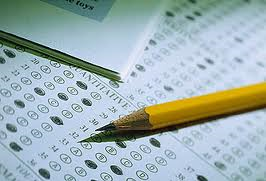 NCLB was applied to virtually every public school in America, although it was aimed at improving the educational lot of disadvantaged students in Title I schools. According to Education Week, NCLB required all states to test students annually by the 2005-2006 school year. “States were required to begin testing students in grades 3-8 annually in reading and mathematics. By 2007-08, they had to tests students in science at least once in elementary, middle, and high school. The tests had to be aligned with state academic standards. A sample of 4th and 8th graders in each state also had to participate in the National Assessment of Educational Progress testing program in reading and math every other year to provide a point of comparison for state test results.”

NCLB also required virtually all schools, high-performing or not, to make “adequate yearly progress” (AYP) towards the ultimate goal of achieving 100% student proficiency by the 2014-2015 school year. Schools that did not make AYP for two consecutive years had to come up with a school improvement plan and provide a mechanism for students to transfer to a school that was not labeled as “failing” by the standard of not making AYP. A third year of “failure” required the school to offer free tutoring and supplemental educational services to students. After a fourth year of “failure,”  the school is labelled as requiring “corrective action,” which might involve replacement of staff, introduction of a new curriculum, or extending the amount of time students spend in class. A fifth consecutive year of “failure” would result in a complete school restructuring.

On a piece of paper, this sounds all well and good, but the reality could not have been farther from the truth. Schools that were previously considered to be high-performing (based on graduation rates and other non-test-based measures) suddenly were labeled “failing.” Never mind the fact that 80% of their students were “proficient,” if they couldn’t get that number up to 85% by the next year, they had “failed.” In fact, if No Child Left Behind had been allowed to continue unchecked to the 2014-2015 school year, it is quite possible that 100% of public schools would be labeled “failing” as a result of not having 100% of their students labeled as “proficient.”

Fortunately, the federal government came to its senses and realized that just about every public school in the country was headed down the path toward “failure” and decided to extend NCLB waivers. According to U.S. Department of Education, states that applied for waivers must be: “On track to meet current commitments and requirements under ESEA flexibility, have a plan for implementing ESEA flexibility through the 2015-2016 school year, meeting the high bar set to protect all students and support all teachers and principals under ESEA flexibility, identifying schools and subgroups in need and ensuring they receive interventions and supports, and have resolved any outstanding monitoring findings or compliance issues in ESEA flexibility or related programs.”

While this bodes well for states that were granted waivers, states that are not covered by waivers still could end up having 100% of their schools labeled as “failing” under the provisions of NCLB. Here in Michigan, our legislature decided to approach meeting waiver requirements in the following way, according to mlive.com: “Indicators are combined into an index called the Top-to-Bottom List, in which each school is given a percentile ranking from 0 to 99. Exceptionally small schools are not included on this list. Schools are expected to demonstrate annual improvement toward a goal of 85% of its students being proficient by 2022 in each subject…”, “If schools do not make their adequate yearly progress goal, they can qualify for a ‘safe harbor’ goal if they demonstrate improvement rates greater than or equal to the 80th percentile of improvement…”, “Schools are expected to have small gaps between the bottom and top 30% of all students in the school…” Schools that fall into the bottom 5% of the list are labeled as “priority,” while schools that fall into the bottom 10% are labeled as “focus schools.”

There is no doubt that NCLB tried to hold teachers to an impossible 100% success standard that no other procession is held to. Doctors are not required to cure 100% of their cases, lawyers are not required to win 100% of their cases, so why are teachers expected to have a 100% success rate? Students rarely, if ever, fall into neat categories, operate according to an algorithim, or  learn in the same way or at the same rate. Yet, this is what the government expects of teachers, never minding the fact that few of our leaders have an ounce of education experience.

Of course, there is plenty of money in the budget and plenty of time according to politician s for the administration of these tests, whether on paper to the very profitable benefit of testing companies or through technology to the very profitable benefit of education software companies. In the next article, I will address Michigan’s very long list of high-stakes standardized tests and how they factor in to the scheme of engineering the failure of public schools.