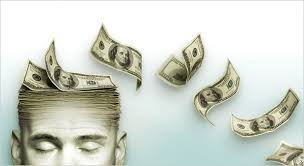 Michigan appears to be in the throes of the financial better days many people looked forward to after 2008’s economic meltdown. The Detroit News reported that Michigan’s Senate Fiscal Agency projected “…in December that the state will exceed prior revenue projections by $434 million
this budget year, $327 million in 2013-14 and $514 million in 2014-15 — a total of $1.3 billion.” No sooner than that information came to light, politicians jockeying for re-election this year on both sides of the aisle immediately began dreaming up ways to spend the surplus. Ideas such as decreasing the Michigan Income Tax (favored by Republicans), shoring up the School Aid Fund (favored by Democrats), improving roads (one of Governor Snyder’s fiscal priorities), and some other localized spending options floated in the legislative air.

Snyder appears to be cautious about any sort of surplus talks with official estimates due today and the upcoming January 16 State of the State address.

Snyder’s concern is not unfounded. Just because we have a projected surplus does not mean that we will still have a surplus at the end of the fiscal year. And even if we do, should we go about planning ways to give it back to taxpayers or spend it before we know how much of a surplus we actually have?

It is indeed too early to tell how much of a surplus we have, much less making plans regarding how to spend that surplus. But, just for fun, let’s assume for a moment that we will have the projected $1.3 billion in surplus. Reducing the income tax sounds like a great idea until you consider what happens when the surplus dries up and the income tax becomes too little to cover the expenses it is intended to cover.

If you said “painful budget cuts” you are absolutely right. Anyone up for re-election will tell you that it is practically political suicide to talk about raising taxes, especially for Republicans who run on the platform of returning to the taxpayers what is already theirs. Not that Democrats believe any differently, they are just more willing to admit that sometimes the price of governance increases and sometimes increasing revenue is a better way to deal with a shortfall than slashing budget items like the School Aid Fund or municipal services.

Instead, the legislature should consider the following five ways to deal with a possible $1.3 billion surplus that doesn’t involve setting future politicians up for failure when taxes need to be raised once budgets are slashed to bare bones and there is no other option to make up a shortfall.

The bottom line is that Michigan legislature needs to quit counting their chickens before they hatch. We only have rough projected numbers now, and over time there could be unplanned expenses that chip away at the surplus. If we do wind up with the full $1.2 billion, an across the board cut to income tax percentage would give the greatest benefit to the wealthiest Michiganders and leave the middle class and the poor with a pittance of savings. The suggestions above will create a much greater benefit for the community at large, and represents more responsible ways to deal with a budget surplus. Contact your representatives in Lansing and tell them to save the tax cuts for when we have a budget surplus after enacting reforms that will truly benefit all of Michigan’s citizens.