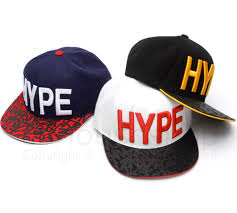 The 20 year old pop star Justin Bieber has certainly been the center of media attention in the past few months. So far, he has been the target of scrutiny for peeing in a mop bucket at a restaurant, writing that he hoped that Anne Frank would be a “Belieber” if she were alive today in the guest registry at her home, allegedly assaulting a limo driver in Toronto, allegedly egging his neighbor’s house (which caused enough damage to merit a felony charge), an arrest in January for driving under the influence, and most recently for allegedly attempting to steal a phone from a woman whom he believed had taken a photo of him with said phone so that he could delete the pictures.

Despite all this, according to a blog on Yahoo!, poor Justin thinks that he is being judged unfairly. According to tweets posted on Yahoo! from Bieber’s Twitter feed, his mother raised him “to be kind to others. I get judged, harassed, and I try to take the high road.” He also stated, “I will continue to be the man my mother raised. I love people and I will try to be kind even when things are not fair, Don’t believe rumors.”

Sorry, Bieber. I’m just not a “belieber” of your line of bull excrement.

Based on Bieber’s escapades of late, I find it hard to believe that he was following his mother’s teaching of being kind to others when he decided to hurl eggs at his neighbor’s house. I’m fairly sure that his mother also warned him of the dangers of alcohol when combined with operating a motor vehicle, but that certainly didn’t stop him from getting behind the wheel while intoxicated (not to mention that he’s still too young to legally purchase alcohol). His mother also most likely raised him to settle his arguments with words instead of fists; sage advice he ignored in Toronto. And love for people was probably the last thing on his mind when he made a 13-year-old girl cry over what a jerk he really is when he allegedly tried to swipe her mother’s phone.

Yes, Mr. Bieber, actions do speak louder than words. So far, your actions suggest that you have taken absolutely none of your mother’s advice to heart and instead are acting like the spoiled, entitled little brat you have always been since your music career skyrocketed. You claim that your mother raised you to be a man, but real men don’t egg their neighbor’s house, attack limo drivers or steal phones. They stalwartly face the music if they are caught drinking and driving and would never, ever pee in a mop bucket that is intended for sanitizing restaurant floors. If they did, they would not only apologize to management, they would apologize to the janitor for their drunken indiscretion and making them clean up their human waste. (Let’s face it, most of us would have to be absolutely plastered to even consider urinating in a mop bucket.)

Personally, I’m just about tired of the inordinate effect social status and a large bank account have on the type of justice meted for crimes committed and the speed at which that justice happens. As far as I can tell, the greater your perceived standing on the social ladder and the more zeroes that follow the first few numbers of your bank account balance, the slower justice moves and the lighter the slap on the wrist becomes. The time for that to end has come, and I can think of no better place to start making an example than with Justin Bieber.

As it is, the felony charge he racked up in the alleged egging incident is enough to get him deported. Sadly, the petition to deport Bieber and permanently revoke his green card received no comment from the White House. Fortunately, they also mentioned that they would “leave it to others” to comment on the petition and/or Bieber’s many brushes with the wrong side of the law. Anyone up for a petition to the Department of Immigration and Naturalization Services?

Failing in that, Beiber should definitely be held to account for his egregious behavior. First and foremost, he should be sentenced to pose for as many pictures as the woman who he accused of snapping his photo wants in a portrait studio. Then, he should have to scrub his neighbor’s house with a toothbrush (his toothbrush) and fully compensate his neighbor for all damages. After that, he should be arraigned on DUI charges in Florida and assault charges in Toronto, and be made to serve the sentences one after the other. Then, when he’s finally out of jail, he should have to apologize to the janitor that had to empty his pee out of the mop bucket and be made to mop the floors of the restaurant himself so he can gain an appreciation of what real work is like. Then, he should have to visit the Holocaust museum in Washington, D.C. and submit to the courts a full report of the horrors that Anne Frank and her family were trying to avoid. Only after he has repented of his misdeeds and made more than a trite effort at atonement will he prove that he is a mature and responsible person.