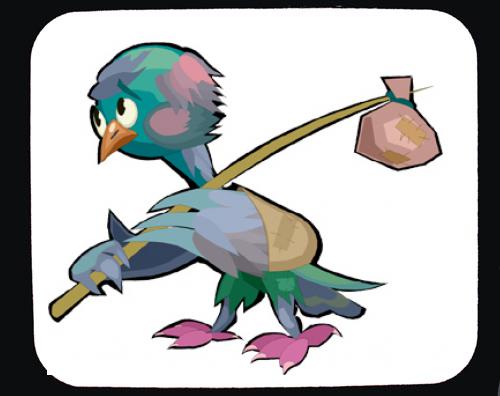 I believe that banking institutions
are more dangerous to our liberties than standing armies. If the American
people ever allow private banks to control the issue of their currency, first
by inflation, then by deflation, the banks and corporations that will grow up
around [the banks] will deprive the people of all property until their children
wake-up homeless on the continent their fathers conquered. The issuing power
should be taken from the banks and restored to the people, to whom it properly
belongs. –
Thomas Jefferson

31,000 school children in the metro Detroit area would agree with Jefferson’s sentiment. Homelessness has moved beyond the lower middle class, and has moved up the scale to the middle class and upper middle class. People who have never been homeless before now find themselves in shelters, in a friend’s house hoping not to wear out their welcome, or living in a hotel sleeping on the floor.

According to the Detroit Free Press, this is a 37% increase over the previous school year. In the past four years, homelessness has increased by an astounding 300%. Much of this homelessness is attributed to the faltering economy and  lack of available jobs for even qualified candidates.

Homeless students often have to move with their parents from place to place frequently, which can be stressful. This almost inexorably leads to poor performance in school. I would imagine that it also leads to a bit of a cynical attitude when the teacher assigns homework. How can it be homework if you don’t have a home to go to?

This is the realty for these students, and of course, school districts are required by law to help them out. In fact, each school district has a homeless liaison who is charged with the task of hunting these students down. However, many parents are embarrassed to be homeless, and so some slip through the cracks.

Parents also risk having their parental rights revoked by Child Protective Services if they admit to being homeless. That’s right, if you lost your job, are having a hard time finding a new one, and lost your home in the process, you are considered a bad parent.

Schools are also required to provide free transportation to homeless students in their district regardless of how far away the student is temporarily living. They must also provide free school supplies, all necessary athletic clothes for physical education, and free school lunches.

This is a great way to make sure that students in bad situations at least have the materials necessary to succeed in school. The main problem with this policy is that many school districts are on the brink of insolvency, and have little resources to educate students who have homes, much less provide any and all necessities to homeless students.

This news arrives on the heels of news from Lansing that teachers must now be able to demonstrate they are improving student performance by administering a pretest and a post-test for all classes they teach in a school. I wonder if teachers will get a handicap based on the percentage of students who are homeless or become homeless in their class. My guess is that it will play no factor, and teachers will be expected not only to help these students succeed in school but will also be expected to deliver time-consuming curriculum on how to deal with homelessness.

The problems of a poor economy of course are not limited to homelessness. 50% of families who were once middle class in 2008 are now living in poverty. Parents who were once able to meet the needs of their children AND  pay all the bills are now being forced to choose between providing for their child’s success OR paying the bills. They are being forced to seek free or reduced lunches or seek, government assistance today as compared to five years ago when they never would have entertained such a thought.

It is obvious that politicians in Lansing are out of touch with the real needs of their students. They are spending more time dreaming up ways to evaluate teachers and fire bad ones (possibly creating more homeless people) than they are trying to solve Michigan’s economic and now homeless crisis. Having high quality educators is very essential to a good education, but is it more essential than a student having a home at which to do homework?

Resolving Michigan’s current crises will not be easy. It may require a cash infusion from the federal level to create low-income housing or subsidize higher rent properties to keep students in their home school districts for the sake of continuity of education. It may also require Michigan legislature to repeal the new business tax law, impose a flat 2% tax on all Michigan businesses, and give half of that money to school districts to help them deal with the problem of homeless students until a more permanent solution can be hatched.

A better solution to this conundrum would be to require all the banks who took part in the $800 billion bailout to start paying that money back. Congress can start collecting from the bonuses of CEO’s that were paid out almost immediately after the bailout was granted. All that money could be funneled into the lowest-performing, lowest budget schools to bring them up to the level of the schools the CEO’s paid to have their children sent to.

Michigan and America need to demand their money back. Big banking led us to believe that the economy was doing well while using blurred ledger sheets to hide toxic debt, sold that debt as viable investments, bet those investments would fail, and then got paid twice when the house of cards collapsed. There should be no more beating around the bush, only a clear resolution that we as the 99% are no longer going to take it from the 1%.