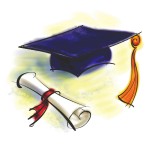 A seven-bill education package was introduced to the Michigan legislature as a way for parents to leverage more power in the school district. Parents should have a say in the education of their children. They are the ones who pay the taxes that make public schools possible. What ever happened to the PTA?

However, rather than make rules allowing parents greater access to and control over the school board or creating community think tanks composed of parents in various school districts, the bill takes a completely different path.

It will also allow parents to convert a private school to a charter school, allow private school and home-schooled students to receive services from their home districts, and require districts to enroll students who opt for schools of choice from other districts up to maximum capacity, among other things.

The Detroit Free Press noted  on September 8 that Jim Groener, president of the National Charter School Institute, stated “that the more competition there is in education, the better the results will be” according to the writer’s words.

I guess I must have missed something during my years of teacher education. I don’t remember a single class on educational competition or methods schools use to lure students away from their home districts.

We were also taught that all schools have an educational mission t the level best they can be. We were never taught that schools were in bloodthirsty competition with each other.

There is no evidence that suggests that charter schools perform any better than their public school counterparts. However, this bill would allow parents to convert any public school they desired to a charter, provided that 51% of parents and/or teachers agree. This will devastate certain school districts, as it will remove an entire school’s worth of cash flow from that district’s budget.

Now is the time to whip out the calculator and multiply the number of students in a given school by the amount of cash that school receives per pupil. Using Detroit schools as an example, $7,500 per pupil times we’ll say 1,000 students in a high school will equal $75,000 the district loses in funding. It’s not going to take very long for poorer districts like Detroit to bleed out enough cash to go bankrupt.

If this bill passes, you might be sending your children to Wal-Mart Charter Schools or Dow Chemical Learning Institute before too long. I think that it’s safe to say that if that happens, you can count on a different type of curriculum all together.

Instead of learning about how Theodore Roosevelt went to bat for the little guy during the Progressive Era, they might learn the Roosevelt flew in the face of laissez-faire economics by creating costly governmental regulatory commissions like the FDA and the USDA.

Instead of learning that Franklin Roosevelt created the Works Progress Administration and the Civilian Conservation Corps to create jobs and revive America’s Depression-era economy, they might learn that FDR implemented socialist practices by allowing the government to control what was once controlled by the private sector. They might also learn he created several unsustainable entitlement programs that cost the government billions like Social Security and unemployment benefits.

Parents should go about affecting change in school districts the way it used to be done before American Idol and the Real Housewives of (insert city or state here) came about by involving themselves in Parent Teacher Associations and Parent Teacher Organizations. In districts where they don’t exist, they should be started.

Parents used to be much more actively involved in their students’ education. As a rule, some are more that others. It is not possible for every parent to be as involved as the next, but the argument here is that parent participation in the past was much greater than today’s involvement.

Many parents went to school board meetings. They went to conferences to see how their student was doing, and in some cases how that student might do better. They volunteered at schools, and were genuinely concerned with their students’ futures.

Certainly, parents today are concerned with their students’ future. Otherwise, the  Michigan legislature would not go to such lengths to make sure they get more control.

However, it is patently pathetic that parents need the Michigan legislature to do their jobs for them. Rather than voting for a new school board, calling a teacher with a concern, helping their students with homework, or otherwise actively involving themselves in education, they will now depend on legal leverage to force privatization of public schools.

All the laws our legislature can send down the pike will not replace active parent involvement in the schools. If any only if satisfactory responses cannot be gleaned from the schools and their respective school boards should the action be taken any further.

Parents who are truly concerned with education should write their representatives and urge them not to take Michigan down the pathway to privatization. Otherwise, our students may one day be learning that once upon a time, you could go to school for free.