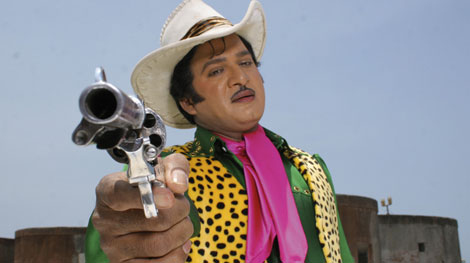 According to the Detroit Free Press in its March 23 edition, a weapons bill moved to the Senate floor from the Natural Resources, Environment, and Great Lakes Committee that includes provisions that would allow holders of concealed weapons permits to carry their guns into schools, churches, and stadiums with an additional nine hours of training. Republican Senator Mike Green, the bill’s sponsor, was quoted as saying “good, honest, law-abiding citizens” should have the ability to protect themselves.

Why is this even on the top ten things our legislature needs to be worrying about?

Schools have worked long and hard to be places of safety. New legislation has come from Lansing mandating teachers to be educated about bullying so that they can pass the information on to students (mostly because parents don’t want to be responsible for any part of their student’s regular education, much less for teaching them how to be a decent and upstanding human being). Part of this training includes how to make schools a safer place for everyone to be. Many schools already have a police liaison officer who is allowed to carry a weapon, and I’m assuming that this person is also trained on how to make a school a safer place. Why would someone else with a mere nine hours of additional training make a school any safer?

Churches tend to be a fairly safe place as well. Just about everyone who goes to church has arrived to worship their chosen deity. Surely most of them believe that this deity keeps them safe in all places, and above all keeps them safe in their house of worship. Why would this same person with the nine hours of additional training make a church any safer?

Stadiums do tend to get a bit rowdy from time to time. Fans for both teams show up at sporting events, and not everyone handles their alcohol the same at concerts, either. Lucky for all the patrons that you can hardly look in any direction in a stadium without seeing some sort or security personnel or an uniformed (and armed) police officer who has had lengthy safety training and years of experience on the job. How are holders of concealed weapons permits with an additional nine hours of training going to make things any safer?

The answer is simple. It really won’t make things any safer.

This legislation has been drawn up to placate a vocal minority of gun nuts who believe that they should be allowed to carry whatever weapon they want with as many bullets as they can manage. They believe that by having their gun ready at a moment’s notice, they will be safer. Calling the police or yelling help only means that you have to wait for someone with a cooler head than you to show up. Dealing with the problem instantaneously is so much better.

It is exactly this type of thinking that caused the many shootings that have occurred in Detroit these past few months. I’m not pretending that any of the people involved in those shootings were holders of concealed weapons permits. But, the mentality is the same. You wronged me, I have a resulting disagreement with you, I have a gun and you don’t so that makes me tough and that will force you to listen to me. The trouble is that when the other party still doesn’t listen, and doesn’t think you’re tough, bullets start flying.

Using a gun to deal with any sort of problem doesn’t make a person tough. It really shows that person is a physical weakling and have to rely on a machine to do your dirty work for you.

Being able to carry a weapon into a school, a church, or a stadium is not going to make things any safer. The person carrying the weapon may feel safer, but people around them will not as they are wondering whether or not the person they are sitting next to is packing heat. The additional nine hours of training is laughable compared to the months of training police and security personnel are required to endure. And most of that training tells them to use deadly force as a last resort.

Lawmakers should be worrying about how to better finance public and charter schools, or perhaps on how to fix our crumbling roads and bridges. Instead, they are focusing on a few gun lobbyists and their fixation on being able to have a gun anywhere they go.

Call your Senators in Lansing, and tell them that the world will not be made safer or better with nine hours of training allowing hotheads to carry their equalizer wherever they go.