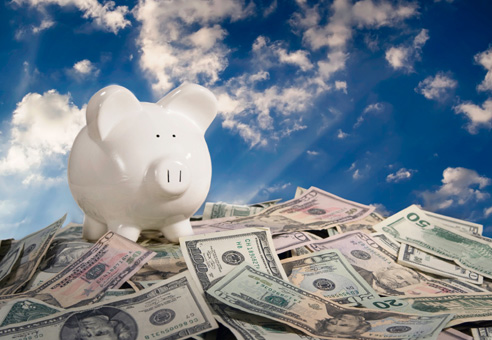 Many people across this nation have some sort of bank account. Some have checking, some have savings, many have both types of accounts. Thanks to banks retaliating to new banking regulations, the average consumer is now going to have to pay to keep their money at a bank. In some cases, they will have to pay to even have access to it.

Citibank has announced that it will charge a $20 monthly fee starting Nov. 1  for its Citi Account unless the customer keeps a $15,000 combined balance in checking, savings and loans or mortgages by Empower Federal Credit Union, up from its previous $6,000 minimum balance. It also charges a variety of fees for debit card usage and account maintenance for lower-level accounts that dip below $1,500.

I would be hard-pressed to name any ten people in my circle of acquaintances who regularly carry a $15,000 balance in their accounts. Very many of them barely even carry a $1,500 balance.

However, the other banks where people can take their money without being charged to keep it there and have access to it are becoming fewer and farther between. It is becoming somewhat of an industry standard now for large banks to charge fees for customers to protect their assets.

These huge conglomerates are the same banks that smilingly accepted $800 billion from George W. Bush. They turned around and proceeded to pay their CEO’s bonuses that were written into their contracts despite the fact that it could easily be argued they didn’t deserve it based on job performance. They also sent employees on company financed junkets, which means that Joe and Jill Taxpayer actually footed the bill.

This indicates that these banks believe they do not have to follow the normal rules of a loan: You borrow money, you pay it back with interest. The government is partially to blame for this in that they forgot to specify terms of repayment. This does not excuse the behavior of these banks who managed to convince the nation we were staring straight down the barrel of another Great Depression unless they were paid off. They were “too big to fail.”

Once again, history proves that trickle-down economics does not work. Herbert Hoover tried it during the original Great Depression in the form of the Reconstruction Finance Corporation. It gave over $1 billion in 1932 money (about $1.4 trillion in today’s money) to banks and businesses to give out more loans and hire more people to reverse the effects of Black Tuesday and the following bank failures.

Much like today, banks provided no new loans, and businesses did not reinvest or hire new workers. The Depression continued to decline to its lowest point until a man of action known by the name of Franklin Delano Roosevelt took office as President of the United States.

The behavior of these large banks is reprehensible at best. At worst it is outright robbery. Too bad none of the CEOs of any of these banks were charged with racketeering or grand theft.

The federal government should have appointed government officials as CEO of many of these banks, much in the way they appointed a CEO for General Motors when it requested bailout money from the government. At least then these pathetic businesses might have done what the government had intended them to with the money.

The economy will never turn around if people are forced to pay any sum of their own money in order to protect it or use it in the way banks are forcing them to pay. They will have less disposable income, buy less products outside of absolute needs, and cause even more unemployment and misery than there already is.

Tell these banks you aren’t going to take it by withdrawing your money from their bank when they start charging fees to use it. Transfer it to a credit union, and when large banks are successful in forcing them to charge fees thereby eliminating potential competition, stick it under your mattress. At least there is still no fee for that.