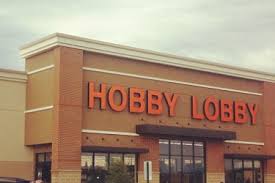 June 30th, 2014 has become a red-letter day in history, thanks mostly to the Supreme Court’s latest decision “that requiring family-owned corporations to pay for insurance coverage for contraception under the Affordable Care Act violated a federal law protecting religious freedom,” according to the New York Times. The decision was the culmination of a lawsuit brought by Hobby Lobby and Conestoga Wood that providing certain types of birth control they believed cause abortions (despite all medical evidence that they do not) would violate their religious beliefs. Their contention was that if they paid for that birth control as mandated by the Affordable Care Act, it is the same as if they purchased it for themselves.

This decision takes yet another dangerous step toward awarding for-profit corporations the same constitutional rights afforded to private citizens of this country and creates a steep and slippery slope which could potentially lead to corporations ignoring other legal mandates on the basis of “sincerely held religious beliefs.” The decision also  ignores the fact that not all birth control prescriptions are for the sole purpose of preventing pregnancies or causing abortions (the Guttmacher Institute estimates around 14% of women use it exclusively for non-pregnancy-prevention reasons), and the fact that people who run corporations do not have medical degrees not to mention that corporations are legal entities comprised of many people, and therefore are not persons.

Corporations are granted a special legal status that allows them to protect their owners from financial ruin should their business go south. If a corporation files for bankruptcy, the shareholders and owners alike only stand to lose their initial investment in the corporation and cannot be held liable to pay any debt racked up by the corporation. Generally, corporations are prohibitively expensive to set up for the average individual, and normally are comprised of several individuals who agree to pay the legal costs of setting up that entity. Therefore, no one person is responsible for the actions of that corporation, and no one person can be held liable for those actions. Therefore, a corporation can’t be a person because you can’t arrest, try, or convict a corporation for a crime per se. Sure, the individual members can go to jail for their contributing roles in those actions, but the corporation will remain free to continue doing business.

The executives of corporations mostly hold degrees in business, the Master’s in Business Administration being the most common. As such, they are not qualified to make medical decisions. If they truly wished to be able to make medical decisions, they would have entered the pre-med program as an undergraduate and then gone to medical school to become a medical doctor. Therefore, they cannot diagnose or prescribe treatment for their employees’ various maladies, and medical privacy is considered so sacrosanct in this country that employers are prohibited from accessing their employees’ medical records thanks to the Health Insurance Portability and Accountability Act. (HIPPA)

So, why is it that five male justices who have no inkling of the sorts of medical maladies that can potentially affect a woman take it upon themselves to allow business executives who are not doctors make decisions about the best medical treatment for their employees on the basis of religion? Priests and pastors go to seminary to teach religion to others, doctors go to medical school to become doctors and business people earn business degrees to run businesses. There is no reason on earth why a business person in a public, for-profit business should be allowed to do all three at once.

Yet, here we are, allowing corporate executives to tell their employees what they can and can’t purchase with the compensation they earned. We are allowing them to ride roughshod over legal statues on the flimsy excuse that something they believe to be true (which has been proven untrue) violates their religious beliefs.

This decision also provides a dangerous legal precedent for other businesses to challenge virtually any law on the basis it violates their religious beliefs. How long is it going to take another company’s CEO to claim they became a Christian Scientist and feel that providing any kind of insurance violates their religions belief that modern medicine is a sin and that it is only the power of God that heals? How long before someone claims that they believe vaccinations are against the teachings of the Bible and therefore providing insurance coverage for them is a sin in their book? What would happen if a Muslim started firing all workers who ate pork, or if an orthodox Jew terminated anyone who drove a car on Saturday? These hypothetical questions now are no longer so hypothetical in the wake of SCOTUS ruling in favor of Hobby Lobby and now are potential legal challeges to existing labor laws.

In fact, Kennedy, Thomas, Scalia, Alito, Roberts all ignored Reynolds v. United States, which specifically struck down religious exemptions to law enforcement, and Scalia ignored his own opinion in Oregon v. Smith. Most of all, the justices in the majority ignored the intentions of the Framers of the Constitution.

The owners, members of the Board of Directors, and the CEO himself had and still have the 1st Amendment right to freely exercise their religious belief that certain contraceptives scientifically proven to not cause abortions actually cause abortions by not purchasing or using those drugs. The 1st Amendment freedom of speech allows them to express their opinions about the validity of the FDA’s scientific studies of those drugs, to tell others that its wrong to use it based on reasons they cite from their religious beliefs, and to advise people not to use them because they believe the drugs cause abortions.

What the First Amendment does not protect is forcing anyone in this country to practice your religious beliefs. The First Amendment prevents the establishment of a religion before it protected the free exercise thereof. The Framers knew the problems that could arise in society when a single religion is allowed to impose their beliefs on others. They meant for people to worship whatever or whomever they want, but they never intended for anyone to be required to abide by the religious provision of another’s religion.

Therefore, I am calling for the immediate resignation of Kennedy, Thomas, Scalia, Alito, and Roberts. It is obvious that they are not the constitutional scholars Reagan, George H.W. Bush, and George W. Bush made them out to be. If they fail to resign, then they must be removed as provided in Article III of the Constitution, which states that Supreme Court justices can hold their office “during good behavior” on the basis that they have behaved very badly by violating the very document they swore an oath to uphold. Of course, we could just use the violation of their oath as the reason to remove them just to simplify things.

This, of course, is where we the people come in. We must demand the removal of these errant justices, and considering that this is an election year for the House of Representatives and a third of the Senate, it’s the perfect time to do it. Most incumbents have all but shot themselves in the foot with their habit of idling time away while the entire country crumbles around them. But, if they even remotely think they have a snowball’s chance in the third circle of Hell to get re-elected, and they think removing the Court jesters (pun intended) will get it done, well those gents can just say goodbye to their jobs. At least, we can hop, because that’s the only way we’re going to get rid of them before our rights go completely to corporations(er, to hell) in a handbasket.

In the mean time, a good old-fashioned boycott of Hobby Lobby should work just fine to send a message through our First Amendment rights.