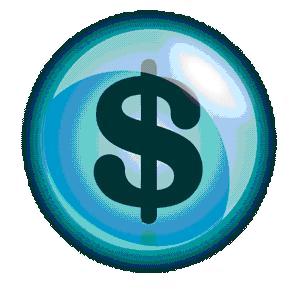 According to an article on Yahoo! News circulated by the Associated Press, unless Congress moves to cut the deficit by $1.2 trillion over the next 10 years, the deficit will be cut for them. These cuts are to include $492 billion cut from military spending over the next decade, starting with $55 billion in cuts come January 2 of next year. Domestic programs such as defense contracting, border security, and education will see cuts that total $492 billion as well.

The Congressional Research Service issued a report that estimated a loss of 1.09 million jobs from the defense cuts next year, with almost 70 percent from manufacturing and professional and business service jobs. Cuts in domestic spending would result in 1.05 million jobs lost, the report estimated.

Democrats have signaled that they are willing to let the cuts take place if the Republicans don’t agree to allow Bush-era tax cuts to expire for those making over $250,000 per year. Republicans believe that Bush-era tax cuts should be preserved for everyone (especially those making over $250,000 per year) and that eliminating the deficit needs to involve closing tax loopholes and modest cuts to budget items.

Right about now, I’m wondering if the House Republicans believe that attempting to repeal the Affordable Care Act 33 times was worth the 80 hours of congressional time that could have been spent on a common sense approach to reducing the deficit that carried bi-partisan support. My gut says that they believe it was worth every minute.

So far, the House Republicans have managed to kill virtually every jobs bill that has been on the floor for debate. If the bill started in the Senate, Republicans there launched filibusters knowing that the Democrats don’t have enough votes to force cloture. Republicans even refused to lend support to the highway bill which historically has always passed with bi-partisan support. The bill has since passed and been signed into law, but took much longer than similar roadway bills in the past.

What does all this mean? It means that Republicans are more than willing to let 2 million people lose their jobs if it means that President Obama doesn’t get to add balancing the budget to his resume. They are willing to let the economy continue to stagnate, the unemployment rate to rise 1.5 points, and allow the wealthiest individuals in this country to retain tax breaks that they don’t need, all in the name of getting Obama out of the White House.

Frankly, this is an embarrassment to our country and as far as I am concerned, in direct violation of the first three words of the Constitution of our nation: “We the People.” In the past four years, Congress has time and again demonstrated that they do no have the interests of the people at heart.

We the people demand that Congress use its authority under the Commerce Clause to create some jobs, not stall or kill bills that would in fact create these jobs based on party politics.

We the people demand that the wealthiest and most successful individuals pay a higher effective tax rate than the middle class.

We the people demand that more money be invested in education, and that we make it easier for the less fortunate to be able to afford to go to college so we the people can actually have the skills necessary to fill the jobs that Congress is supposed to help create.

However, certain members of Congress (mostly Republicans) are either seeking to not allow any of this to happen, to repeal legislation that is designed to help We the People. This is simply unacceptable.

Write, call, or e-mail your Representative and Senators today and tell them that they are not giving us a government by the people and for the people by refusing to address a $1.2 trillion budget deficit. Tell them that we want jobs, we want affordable health care, and that we want the rich to pay their fair share in taxes.

Also, be sure to tell them that we don’t want them to sit on their thumbs and play political chicken with the future of this nation based on radical ideology.