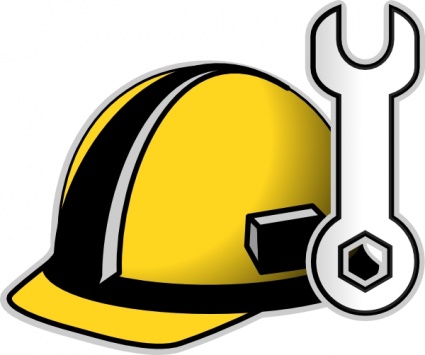 The current economic crisis has continued on much longer than Barack Obama or any of his contemporaries would like to have seen. The mortgage bubble burst before he was even inaugurated, yet the country was eager to turn to him for answers. His answer was it wasn’t his show yet. When it became his show, he set out to make changes.

Through nearly four years, Obama and our current legislature has grappled with some of the toughest economic times our nation has seen. It has ranged from a nearly bankrupt GM and Chrysler to the current crisis of a 9.1% national average for unemployment and 10.9% unemployment rate for Michigan.

Now that Congress has finished their summer recess, they know that an election is right around the corner. The hottest issue on people’s minds is fixing our broken economy by getting people back to work, which are inextricably linked.

Employers won’t hire new people unless they are making enough money to cover their salary, which requires people to go out and spend money. However, it is very tough to make any but the most necessary purchases when you are on the unemployment rolls, or worse, stuck with no job and unemployment that has run out.

The current approach by Republicans reads a lot like Herbert Hoover’s approach at the beginning of the Great Depression. Hoover, another Republican, coasted into office after two previous Republican presidents who had served during the Roaring Twenties.

At first, Hoover did nothing, believing that government interference would undermine individualism. He believed in volunteerism, thinking that people would simply do the right thing by sustaining current employment rolls and doling out cash to people in need. He did not favor public assistance, believing that it would create an addiction to the system that would take away the will of people to work.

When that didn’t work, he sent all the Mexicans he could manage back to Mexico via the Mexican Repatriation Act. The economy of the nation and the world spiraled out of control, and Hoover finally decided that a whole pile of money and a single public works project would do the trick.

Hoover started work on the Boulder Dam, which would be renamed Hoover Dam after its completion. He also started the Reconstruction Finance Corporation. This entity took $2 billion and gave it in the form of state aid and loans to banks, businesses, and mortgage associations. The idea was that they would take they money and give out more loans, hire more people, and assist people in paying for their houses.

The Reconstruction Finance Corporation was an abysmal failure because banks, businesses, and mortgage associations pocketed the money, paid it back eventually, and did nothing to help the economy in terms of creating new jobs, new loans, and saving people’s homes.

Today, a similar idea is touted as the answer to our economic woes. Give corporations and other businesses tax breaks, and they will use that extra cash to hire more people. Give banks a giant pile of money (say $600 billion) with no terms delineating a repayment schedule or what should be done with the money. Then, sit back, relax, and expect that they’ll do the “right thing” by loaning more money to struggling businesses and helping people in trouble with their mortgages.

If it didn’t work during the Great Depression, why would politicians expect it to work today?

The only thing that will get this economy going is putting people back to work. Franklin Roosevelt knew it in 1932 when he became President of the United States. That’s why he created the Works Progress Administration, the Civilian Conservation Corps, the Tennessee Valley Authority, and a few other alphabet soup groups.

Roosevelt knew then what politicians should know now. Putting money in the hands of regular people means that they will go out and spend it on needs, then wants. Eventually, the money will find its way into the hands of business owners, banks, and mortgage associations. It was termed “pump priming” and it worked.

I propose that a similar solution could work today, sort of a WPA reboot. My version reads like this:

America can no longer afford to bankroll tax breaks for corporations and the wealthy on the backs of average citizens. The less money 99% of the population has, the worse the economy will get.

Write your State Representatives, Senators, and even the President and tell them you’ve had enough of bankrolling corporate tax breaks. Tell them the only way to build our economy is from the bottom up, not from the top down.