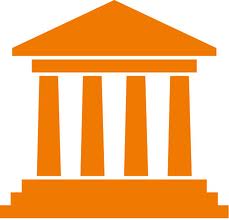 According to an article on Huffington Post, the total amount of time House Republicans have spent voting to repeal the Affordable Care Act is about 80 hours worth of time, or two full work weeks. The article also cites that it costs $24 million per week to run the House of Representatives, which brings the total cost of attempting to repeal the Affordable Care Act to about $48 million.

$48 million dollars to pursue a quest that they know will be a failure. $48 million to oppose legislation people are overwhelmingly in favor of virtually all the provisions. $48 million paid to people who are supposed to represent the best interests of the American people who elected them to office, all while they continue to collect their taxpayer-funded health care plans.

If you are still not convinced that GOP representatives could care less that 85% of the nation is in favor of outlawing discrimination by insurance companies based on pre-existing conditions, consider the following which was taken from another Huffington Post article:

“While I don’t think that someone who is diagnosed with a massive tumor should the next day be able to have millions and millions and millions of dollars of health care provided, I do believe there can be a structure to deal with the issue of pre-existing conditions,” Dreier said. He goes on to say that people with pre-existing conditions should enter high-risk insurance pools.

Drier is in effect saying that if you are born with asthma or Type-1 diabetes (both considered pre-existing conditions), you should be doomed to a lifetime of paying outrageous health care costs just so you can ensure your survival. If you are diagnosed with lupus or cancer, he thinks that millions and millions of dollars is too much to save your life.

As a method of compromise, President Obama and Democrats agreed to add the individual mandate, and all of a sudden it became a “socialist agenda to force people to purchase a product.” They bemoaned the fact that people aren’t going to have the choice to stay without health insurance, never see the doctor, and then pass the cost on to us when they visit emergency rooms that by law have to treat anyone who enters. (Well, not in so many words, but that’s what it comes down to.)

The fact of the matter is that House Republicans aren’t just voting against covering people with pre-existing conditions. They are voting against a majority of America having health insurance at all or being able to afford their own care. Consider these numbers:

I sincerely hope that anyone who falls into the above categories will take a good long look at who is representing them in Congress and what their stance is on the Affordable Care Act. We as a nation cannot afford to allow Republican idealogues hi-jack our legislative process to attack an entire law on the basis of a provision that they were once in favor of.

Call you Representative or Senator and tell them that you have had enough of Washington playing politics with your chances at survival. Tell them affordable health care is not a privilege for the wealthy, but a basic human right and a necessity to prevent Americans from going bankrupt to save themselves or loved ones.