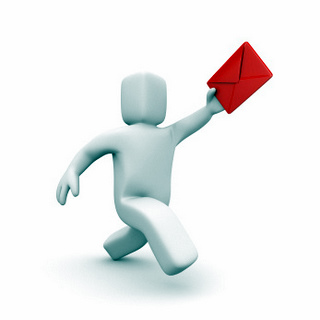 Congratulations on securing the Republican nomination with your recent victory in Texas. At least you didn’t have to invent a delegate to break a tie there like you did here in Michigan to win our delegates.

Now that the harrowing process of securing the Republican nomination is over, perhaps we will now hear what exactly you want to do when you become president. So far, you have made veiled references to cuts and changes, but no mention of how. You have said that the economy is your main platform plank, but give no indication of what you will do to improve it.

We would also like it if you actually went on record about your qualifications for president. So far you have trumpeted your stint at Bain capital as your chief qualification, but refuse to let anyone explore your record as chief executive officer of that agency.

You also remain mute about your accomplishments as governor of Massachusetts. There have been many presidents who were previously governor of a state, and have stood on their record as chief executive of the state. Please shed some light on what exactly you did for Massachusetts that you might take to the national level as president.

What I am able to gather about your plans is that you want to eliminate the Department of Education (thereby eliminating national governmental oversight of public schools and opening the door for complete privatization of the school system) and take on the National Education Association (so that teachers will have no due process for being terminated and they can be forced to teach without a lunch break or prep time that is served during the school day like I am at my non-union school).

You also have said that you will repeal Obamacare, so that millions of 25 and 26 year old Americans will be removed from their parents’ insurance, seniors will have to pay more for their healthcare, and insurance companies can go back to rejecting children for preexisting conditions like Type 1 diabetes. (This is the type of diabetes that you are born with.)

You have also said that you will roll back regulations that get in the way of job creation and repeal the Dodd-Frank Act. Repealing the Dodd-Frank Act would allow banks to go back to taking their depositor’s money (insured by the FDIC) and put it into hedge funds, derivatives, and credit default swaps to make millions of dollars rather than loan the money to business owners who might create jobs. If their huge gambles fail, the repeal of Dodd-Frank will make sure that American taxpayers will be on the hook pay for their gambling habits.

In summary, I see nothing in your plan that will improve consumer confidence, which practically any economist will agree is absolutely necessary to improving the economy. You are pursuing a series of Keynesian policies that have been proven time and again to not work. You can never trust that banks, corporations and businesses will take the money they save in tax cuts to hire more people.

Most of all, I would like to know why such a lid has been kept on your Mormon religious beliefs until this point when you secured the Republican nomination. You say you want marriage to be defined as a union between one man and one woman, but your religious beliefs embrace polygamy, which most of your base rejects.

I will anxiously await your response or at least advertisements that tell what your plan for America really is rather than ads that bash Obama’s accomplishments or attempt to give you to take credit for his work.