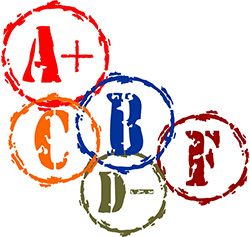 An 18 year-old Australian student has decided to sue her grammar school because she was denied admission to the law program at the University of Sydney. Rose Ashton-Weir alleges the school failed to give her proper support in subjects like math, and claimed that her grammar teacher criticized her for using words that were too long which caused her English grades to fall.

Her mother is also suing for lost income and other expenses amounting to an expected  $450,000 over three year,  because her daughter moved from Geelong to live with her in New South Wales. She is also seeking compensation for $39,000 in rent paid when they moved to another house in Sydney.

On this side of the Pacific, an Arkansas mother sued her freshman son’s high school because he was cut from the varsity basketball team. He survived two rounds of tryouts in August, only to be cut after a third round of tryouts that was held after football season was over. Nine of the eleven members of the squad was cut, ostensibly to allow the footballers to play basketball.

The lawsuit alleges a Constitutional violation, quoted here from the original article:  “…the deprivation of the right to a full and complete education which includes competition in sports and consequently athletic scholarships impairs John Doe of a property right guaranteed under both the U.S. and State Constitutions.”  The student in this case was not named because he is a minor.

I can’t say that I agree with Arkansas school’s coach’s decision to knock nine people who had been through two tryouts off the basketball roster to allow football players on the team who had been through only one tryout. However, if the current players were inferior compared to the footballers who tried out, then the coach was simply attempting to create the best basketball squad possible.

Nowhere in the U.S. Constitution is a person’s right to participate in extracurricular activities guaranteed. Sure, there are protections against discrimination due to race, sex, religion, or sexual orientation. But none of these factors is normally used to determine a person’s athletic prowess.

On the other hand, the very notion that one can sue a grammar school for one’s failure to meet the exacting standards of a law school is morally repugnant.

The article is mute on these topics.

Moreover, the grammar school’s attorney Darren Ferrari, was quoted in the article  as saying, “Ms Ashton-Weir had been placed on ‘internal suspension’ a number of times while at the school. She was also poorly organised and had been absent from class many times.”

Apparently, she also never read the many studies that show that students who show up to school regularly, and complete their assignments as instructed by their teachers do better in school.

Hopefully the judge that hears either of these cases will see them for what they really are: Nonsensical claims by people who are less worried about their future prospects or Constitutional Rights than they are about how much money they can get out of the respective school districts. Hopefully the judges will toss their cases out on the grounds that no one is really entitled to be admitted to law school or secure a spot on the varsity basketball squad abd that a lawsuit is no substitute for hard work and effort.

The judges in both cases should give these students a lesson in the school of hard knocks. The girl should be taught through the judges decision that when you need extra help, you need to seek it out rather than expect it to fall in your lap. The boy should be taught that hard work and effort is the key to a successful basketball carerr. Just ask Michael Jordan.