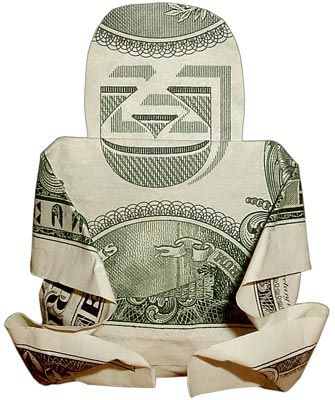 The weeks preceding the Michigan primary were rife with commercials for candidates still in the GOP race for the presidential nominations. Those of us who didn’t fast forward through them on our DVR’s may have noticed that very few of them were actually endorsed by the candidate. Instead, the ads were paid for by mysterious political action committees.

Most of the ads were attack ads, but told viewers few solid reasons they should not vote for the person the ad was attacking. Even the positive ads basically just said “Vote for me, because the other guy is a schmuck.” Few real issues were addressed, and gave voters little idea about what the candidates stood for.

Welcome to political advertising in 2012. What makes this year so much different than any other election year in the past? Citizens United v. FEC.

Citizens United was a landmark Supreme Court case decided in 2009 that essentially declared that corporations and unions have the same first amendment rights as regular citizens, and therefore can spend as much money as they want on any political campaign they desire.

It’s no surprise that this has become the case. If your job security depends on name familiarity brought about by advertising, you would definitely listen to the contributor of, say,  a million dollars to your campaign (i.e. a corporation or a union)  versus the contributor of a hundred dollars (i.e. Joe the Plumber).

This is really great for the owners of a corporation, but what about the average person who wants to lobby Congress? They can do their homework, come prepared, and make an astounding case, but all the corporation or union  has to do is come in and say “Gee, I’m one of your top campaign contributors. It really would be a shame to have to give that money to someone else.” Chances are, the average member of Congress is going to put Joe the Plumber’s $100 and the corporations $1 million on a balance and see which side weighs the most on their campaign.

Even our local elections are tainted by huge sums of anonymously donated cash plunked into funds that were used to pay for vacations, spa treatments, and most recently to pay for legal defense. I would talk about the no-bid contracts and extortion scams that have resulted from this, but then I’d be writing the first blog book.

One of the Court’s main arguments in Citizens United is that corporations and unions are groups of individuals and therefore must be treated like individuals in their guarantee of their First Amendment rights. However, I maintain that the very fact that they are groups of individuals exempts the corporation as a singular entity from First Amendment  rights unless it is used for the express purpose of advertising their products.

Corporations and unions do not take into account the individual rights of their shareholders/members. When a decision is made about whose campaign to deposit dollars into, neither the workers nor the shareholders are contacted.

Indeed, it is most often the decision of a board of directors as who whose campaign represents the corporation’s/union’s interests. Therefore, people who are members of these entities may be paying for advertising they don’t approve of, which undermines their individual First Amendment rights.

We need to seize control of our nation’s elections from the clutches of corporations and unions. We need to tell them and our elected representatives that a government by the people and for the people is not just for the 1%. It’s for everyone.

Visit http://www.resolutionsweek.org/ to find out how you can get involved in passing a resolution here. Forward the link to all of your friends, especially those who live out-of-state and tell them they can do something about corporate spending in public elections. The time to act is now, before we are living in the United Corporate States of America.