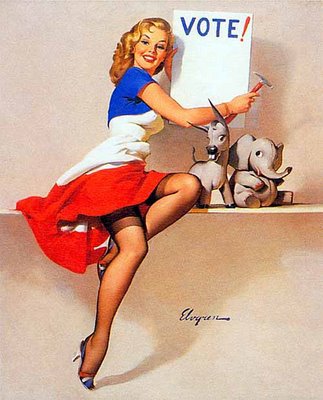 According to an article in the December 18 Detroit Free Press, the Michigan Legislature is considering rewriting the current emergency financial manager law. This in and of itself is not patently dishonest, but when you rewrite legislation in order to dodge a voter-initiated repeal measure, well that’s when things get shady.

Under the current law, the emergency financial manager has the power to disincorporate towns and school districts, rip up collective bargaining agreements, and impose any austerity measures they see fit to balance the books. They basically usurp all control of locally elected government, and operate as a dictator.

When the law was first being written, Gov. Rick Snyder and the legislature tied a $100 appropriation to the bill because the Michigan Constitution specifies that any bill that appropriates $100 or more is exempted from voter referendum. It is obvious that Snyder knew that a bill with the power to overthrow local governments was highly controversial and would never pass referendum, so he decided to skip that process.

Now, people have decided that they should have been able to vote on this legislation in the first place. Michigan Forward has launched an initiative to place the repeal of the law on the ballot. If they can collect enough signatures, the law as it is written would be suspended until the voters decide whether or not it should stay around.

However, it is quite apparent that Snyder is too business-minded to allow a silly thing like democracy stand in his way. After all, he didn’t have to put any of his decisions as CEO of Gateway to any sorts of votes, except among the board members. In fact, virtually all businesses operate as dictatorships in this nation, so it only makes sense that a businessman would attempt to convert democracy into a dictatorship.

House speaker Jase Bolger has cited the administration’s concern with a potential for chaos if the emergency manager law is passed. Attorney General Bill Schutte has assured the public and the legislature that the old financial manager law would take effect if Public Act 4 was suspended. This means that emergency financial managers would still have their jobs, but would not have such broad, dictatorial-style powers.

If the Legislature and Snyder are successful in passing a re-written emergency financial manager law, then the current initiative for repeal of Public Act 4 would be moot. This would of course allow the legislature to attach another $100 appropriation to a bill that doesn’t need it, and again avoid voter referendum.

Does anyone smell a whole bunch of recalls?

The tactic of rewriting the law is obviously intended to avoid involving the public in deciding what is best for their communities. It is certainly an infuriating dodge of democracy. At the extreme least, it is an attempt to disenfranchise Michigan voters and an end run around a guaranteed right of the people as provided by the Michigan Constitution.

It is crystal clear that Snyder and his colleagues do not want the voters of Michigan to decide whether or not an emergency manager should have the power to take over their democratically elected government. It is no coincidence that this is accompanied by an attempt to limit the reasons for recall to criminal misconduct in office rather than such a thing as passing legislation without the consent of the voting public.

If nothing else, another recall effort should be undertaken against Rick Snyder and any other politician that agrees that it is ok in the United States of America to eliminate voters from the political process by rewriting a law. It is a clear violation of the tenets of a democratic republic, and could be considered unconstitutional at the federal level.

The good news is that the 2012 election is right around the corner, and Michigan Legislature can do nothing to stop voters from deciding who their representatives are. If we must wait until Snyder’s term in office is up to get rid of him, we can at the very least disrupt his ability to pass such odious legislation as Public Act 4. Even that would be better than allowing our rights as Michigan and American citizens to be trampled by a legislature who thinks they do not have to care what the voting public thinks of their actions.

Snyder and the Michigan Legislature need to keep their hands off our voting rights. They should not be using loopholes and technicalities to pass controversial laws that voters obviously think should not have been passed without their consent.

In the immortal words of Thomas Jefferson: “…Governments are instituted among men, deriving their just powers from the consent of the governed, that whenever any form of government becomes destructive of these ends, it is the right of the people to abolish it, and to institute new government, laying its foundations on such principles, and organizing its powers in such form, as to them shall seem most likely to effect their safety and happiness.”

I think it’s safe to say that people are unhappy, and our current government no longer wishes to derive is power from the consent of the governed. It’s time to abolish it and replace it with something that is more likely to make us safe AND happy.