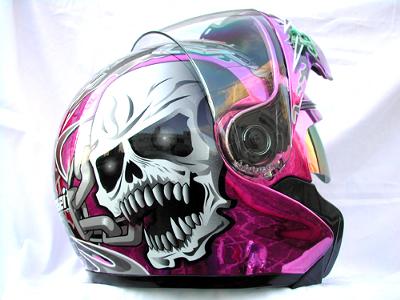 When learning to ride a bicycle, many people were cautioned that they should wear a helmet when riding. Bicycle safety course specialists will tell those enrolled that a person can sustain a closed-head injury even at the average bicycle speed over flat ground of 15 m.p.h. Flying over the handlebars is always an option that no one can control, they warn.

Despite this, the Michigan House of Representatives is considering passing a bill that would repeal Michigan’s helmet law for motorcyclists. The proposed remedy for the concern of added medical costs is to require people who ride motorcycles to purchase $20,000 in medical coverage in case of an accident. Lawmakers also believe that this will attract people to Michigan who previously avoided the state due to its helmet law.

Most doctors will tell you that the people who die as a result of a crash impose little additional cost to our beleaguered health care system. The people who survive are a bit different of a story.

One such case was an individual who was wearing a helmet and a protective jacket from which the individual removed the protective steel plating along the spine of the jacket. This person was involved in a crash with an SUV, and now is a paraplegic and blind. This person needs lifetime medical care pursuant to this crash, and draws benefits from insurance companies and Medicaid alike.

Repeal of the helmet law is a mistake. Insurance rates for Michigan will soar even higher, and will most likely send us to the number one slot in the national rankings. (Michigan was second to Louisiana in 2010 according to the New York Times.) Taxpayers will also be forced to absorb the cost for the medical care of those who think that it is their right to splatter their brains all over the pavement. These individuals fail to take into account the potential for survival of a helmetless crash.

The $20,000 medical coverage policy is laughable for this very same reason. These days, it costs a person $10,000 to visit an emergency room with what they believe to be appendicitis but turns out to be an overactive gall bladder. $20,000 is going to be nowhere near enough to cover lifetime care of someone who has been turned into a pants-pooping vegetable after a particularly heinous helmetless crash.

This is where the court systems will become mired with civil cases stemming from motorcyclists with a god complex. Admittedly, these people are a stark minority of motorcyclists. However, there they are, weaving crazily in and out of traffic, doing upwards of 100 m.p.h. on freeways, and passing two semis by riding between the two.

It is these individuals who will cause the most misery for Michganders everywhere. Not only will their families not admit that the person might have even been a little bit at fault for the accident, they will seek damages against a driver who calculated that they could make the Michigan left before the oncoming motorcycle arrived. Little did the driver known that the motorcycle was doing 90 in a 45 m.p.h. zone.

Whether or not the driver in this case is considered to be at fault is not the point. The point is that this person will be forced to take time out of their schedule, possibly even take time off work which they can’t afford, all to deal with the case of the knucklehead juggernaut. They will have to spend their own money on defense attorneys, and could quite possibly be forced to pay damages to the injured.

It is also illogical to claim that those who live in other states that don’t have helmet laws purposely avoid our state because of its helmet law. If they did, then they would have to avoid nearly half of the states in this country.

According to the  Insurance Institute for Highway Safety, 20 states have a helmet law for all riders. Another 27 have age restrictions for going without a helmet. Perhaps it is the adults in these 27 states that politicians are worried about not showing up, but is it really worth risking an increase in federal court cases to get those extra people?

Michigan’s tourism is not suffering for lack of people wishing to not wear a helmet during the three months of the year when it’s nice enough to do so. It is lacking because job growth has stagnated, and businesses are moving to other states where they can make some cash.

If Michigan politicians want to get tourism back on track, perhaps they should focus on creating an educational system that produces the types of individuals that our technologically-driven society demands. That might mean not cutting business use property taxes (gasp), repealing Proposal A so schools can finance themselves (Gasp), and forcing all businesses to pay taxes (GASP!) with a simplified tax code that minimizes paperwork similar to how Ohio has their tax system set up.

All these things would certainly be preferable to bowing to the will of a minority of motorcyclists who wish to feel the wind in their hair without considering the consequences of their open hair meeting the open road. Let’s get Michigan back on track without increasing the likelihood of more closed-head injuries.