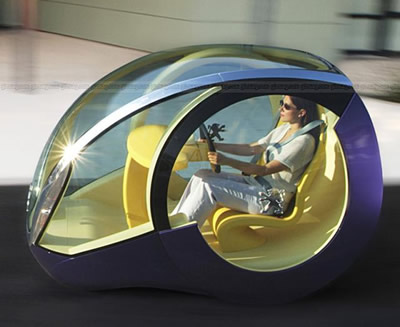 The Motor City is advancing into a future where cars can be plugged into walls and charged at electrical stations similar in function to gas stations. Hybrids are already gaining popularity with their amazingly high city fuel mileage due to the fact that they only require the gasoline engine for quick acceleration and highway speeds.

As noble as these things are, from a common sense perspective, Michigan is not ready for the electric car. This article will present five exhibits that will serve to demonstrate Michigan’s lack of readiness for a car that makes virtually no engine noise.

Exhibit A: Road repairs are tied to the gas tax.

Ever wonder why we can’t seem to get ahead on road repairs? Aside from the fact that parts of Michigan used to be swamp land, Governor John Engler made the magnanimous decision to pay for part of road repairs with a gas tax. He who drives more, pays more, with the notable exception of diesel powered vehicles which generally do more damage to our roads than the average passenger vehicle.

The more the federal government pushes for improved fuel mileage in cars, the less gas people will use. The less gas people use, the less money collected for road repairs. Generally, this is where one might suggest bringing back smogging cars as a way to gain the lost revenue, but gearheads across the state would have my hide tanned publicly. So, unless we figure out how to get Detroit Edison to charge its customers a road tax, I give to you Exhibit A.

Exhibit B: Pedestrian attempting to cross Woodward Avenue when the cross walk light clearly shows a red hand, and the light is green for traffic.

I actually witnessed the person mentioned above in the act described above, trapped at about the second lane with cars whizzing past them. The look in the eyes suggested that the person was either suffering from a god complex in which they believe themselves to be invincible or that somehow the traffic was going to all screech its brakes at once because drivers were in the wrong for following their traffic signal.

If a person is capable of staring straight at an oncoming car that is making engine noise they can clearly hear, how big will the cojones get if the cars have almost no engine noise? I submit Exhibit B.

Exhibit C: Mother and two stair-step children attempting to cross a main street at a corner with no cross-walk. Not 200 feet down the road is a cross-walk, crossing signal, traffic light, and crossing guard.

This mother might have been the winner of the 2011 Darwin awards if she managed to kill herself and her children attempting this stunt. If she left her progeny behind, it would be an honorable mention because nature didn’t select all of it’s weakest members to eliminate. Neither of these things happened as far as I can tell, but few would find fault in submitting the nomination.

Not only is this person teaching her children that oncoming cars with motors that make noise are not dangerous, she also seems to be suffering from this delusion as well. This imbecility coupled with the display of sheer ignorance for common sense and the general rules of the road make this my Exhibit C.

Exhibit D: Person walking down the center lane of a street with headphones on looking for a suitable place to finish crossing because traffic is not yielding to the stupidity.

This one by far takes the cake in terms of general lack of common sense. Schools nowadays feel it necessary to issue memos that drain more of our precious educational resources away from education to tell students crossing the street on your cell phone or while listening to headphones is (GASP) dangerous.

It doesn’t take a rocket scientist or a Nobel laureate to tell you that if headphones are blaring Coldplay into your ears, you can’t hear much of anything else going on around you. That goes especially for cars that hardly make any engine noise and have managed to sneak up on unwitting pedestrians who aren’t wearing headphones OR talking on their cell phone.

Exhibit D concludes with the statement that this person probably deserves the Darwin Award more than the previous exhibit. Since the award is dependent on whether or not the person lives to tell about their misadventure and whether or not they have any offspring to carry on their moron gene, this will likely fall into the nominations category as well.

Exhibit E: Bicyclist riding in the dead center of the street, weaving back and forth between oncoming lanes, slowly weaving out of the way of approaching vehicles when they are noticed.

Michigan law states that a bicycle is to be considered a motor vehicle, and must ride in the street in the same fashion cars an motorcycles are required to use the streets. They are required to ride on the right hand side of the street, wear a helmet, and abide by all normal traffic laws.

One could blame this on the person’s lack of taking a bicycle safety course. However, in the eyes of the law, ignorance is not an excuse. Therefore, I do not excuse these people for not learning proper etiquette regarding their chosen method of transit. That would be akin to allowing people to drive without taking driver’s ed and then blaming the ticket they got on that fact.

Ignorance of common bicycle reguattions coupled with what appears to be ignorance of the fact that these bicyclists to approaching vehicles that make engine noise creates my Exhibit E.

Based on these five exhibits, and other random acts of stupidity that I see each and every day, it has become quite clear to me that Michigan is not ready for the electric car. In a society driven by their own wants and desires rather than pure common sense, it doesn’t make a whole lot of sense to complicate matters with something as ingenious as an electric car. If people have no fear of oncoming traffic now, what will the future hold for us when no one can really hear them coming, with or without headphones?