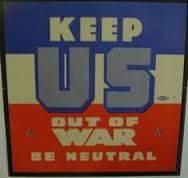 Once again I find myself staring the future right in its ugly face. A future of uncertainty, trepidation, and anxiety. A future in which I am cast into the ranks of the unemployed, though I have not done anything wrong other than choose teaching as a profession. My performance was satisfactory or better on all of my evaluations. My assistance to students was superior and my ability to create growth in my classroom excellent. Yet, due to “declining enrollment” as the brusque letter from my former employer cited as the reason for the elimination of my position, I am forced again into a job market that in the last 10 or 20 years has become something of a buyer’s market.

When I was going to college to become a teacher, my counselors assured me that education was an industry that was constantly growing. They also assured me that education was fairly a recession-proof market, and that the trend in education was increased investment. For my part, I also believed that there was absolutely no way that teachers could or would become technologically unemployed as many other occupations had been replaced by computers or robots. So, I continued my education, and went on the complete a Master of Arts in Teaching.

Once I was ready to impress the world with my prowess as a classroom teacher, I found out the truth of our educational system. I found out during my years as a substitute teacher that something called distance learning was in fact perfectly capable of replacing teachers or at least severely reducing their numbers. I discovered that thanks to Michigan voters’ passage of Proposal A, education was not a recession-proof industry, considering that funding schools with any portion of the state sales tax is entirely dependent on the economy (and recessions) despite the fact that school costs do not change based on the economy. Lastly, I found out that although investment in education was increasing, very little of that increased investment was finding its way into the classrooms or being used to help teachers do their job more effectively or making sure they were fairly compensated for working 70-80 hours per week. (For you math wizards, that’s their normal 40 hours per week, plus the 30-40 hours of preparation and checking student work time.)

Thanks to Michigan legislature’s recent requirement that schools post budget transparency information (ostensibly to show taxpayers how much “those greedy teachers” are demanding to be paid) I discovered that the average superintendent’s salary is $115,ooo with total average compensation being $155,000. I also discovered that Detroit Public Schools’ new emergency financial manager earns $225,000 per year to solve a deficit of about $170 million. As an aside, it seems rather counterproductive to pay someone nearly a quarter of a million dollars per year to find out why a school district is spending more money than it was. (Easy answer, they need more money, the availability of which fluctuates depending on whether or not people are out spending money.)

Of course, all of the administrators need to have administrative assistants. So, for every superintendent of schools, assistant superintendent, director of human resources, etc., there are two people drawing a salary: the administrator and the administrative assistant. Yet, somehow or another, whenever cuts need to be made to schools, the money comes out of teacher assistants, teacher pay, and teacher benefits. Somehow or another, classes like art, band, and even foreign languages are among the targets of spending cuts, never mind the fact that administrators certainly have the knowledge, education, and ability to type their own letters and answer their own phones.

Some might wonder at this point why they federal government isn’t doing something to bolster this sad state of education. Others might point out that the $141 billion that the federal government spends on education is plenty, and that the money just isn’t being spent in the right way. Though I do agree that education money is being spent in almost all of the wrong places, such as on distance learning software, attendance systems that are not user friendly, exorbitant administrative salaries, and unnecessary administrative assistants.

Where I diverge from the latter argument is the idea that the U.S. is spending plenty on education. Sure, $141 billion sounds like a lot of money, and the figure is indeed daunting written out in full numeral form. However, the U.S. spends $786.6 billion its military every year, dwarfing education spending by a factor of about seven. That total is about 48% of the total world expenditure on all things military.

In times when the United States favored isolationism as its main approach to dealing with world problems, we did much better in the educational field. (Think about the memes you have seen that led to an 8th grade final exam from the early 1900’s.) As recently as the 1960’s, our educational system was able to produce people who sent a man to the moon, created computers that were small enough to fit inside the average home at a reasonable price point, and drove the world’s number one economy.

Somewhere along the line, we decided that blowing stuff up in other countries and then rebuilding said stuff was more important that then future of our own children. Somehow, we decided that the best future for today’s high school graduates is to join the military, grab a gun, and jump into the meat grinder in order to avoid years of crippling student debt. Something told us that it is better to spend money building good schools with good teachers in other countries rather than spend than money right here at home.

The time has come for the United States to return to a policy of isolationism and use money paid by our taxpayers to finance our interests. We no longer need  military bases in Japan (which have been there since 1945), or in Germany (again present since 1945), or in South Korea (do we really believe Kim Job Il of North Korea is competent enough to do anything serious?), or in Vietnam. Yet, we continue to maintain bases here, and in very nearly every theatre of war we have staged throughout our sordid history of near de facto colonialism.

We need to double the education budget by taking the money out of the military budget. We will still have enough money to fight terrorism, plenty of scratch for smart bombs and drones, and more than enough to depose leaders we don’t like and replace them with puppet governments. What we don’t have is plenty of money to ensure that successful teachers like myself don’t get laid off due to budgetary concerns brought on by what can only be described a genuine political apathy towards education.

We need children to grow up in a country that is not perpetually at war, and for those children to one day become CEOs, bankers, teachers, and even future Presidents of the United States. What we don’t need is for them to believe (or know) that their government cares more for children and adults thousands of miles away more than those right at their doorstep.