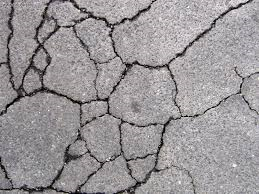 I started out this year with high hopes for the upcoming 365 days, as I have started many years in the past. And just like in the past, it wasn’t long before I was sorely disappointed, but not entirely shocked. According to an article in the January 5 Detroit Free Press, a $225 million runway installed in 2001 and expected to last until 2031 didn’t quite make the full 30 years. In fact, the article indicates that as few as three years after installation the runway was already showing signs of deterioration. Now, not even halfway through its expected life span, it appears as if the runway will need to be repaved. A phenomenon known as alkali-silica reaction has been blamed for the crumbling concrete, as well as environmental regulations surrounding the manufacturing of cement.

Of course, you and I as taxpayers will be on the hook to foot the bill as airport spokesperson Michael Conway indicated in the Free Press Article that his “current understanding is the concrete was installed in accordance with the project specifications.” Never mind the fact that at least one part of the construction was obviously substandard, otherwise we wouldn’t be reading about it in the newspaper.

However, to read the article in the paper would lead one to believe that nearly everyone involved sees this as just another day at the office. There is no doubt that Michigan is well renowned around the country for the abject crappiness of its roads, but we should not be treating the deterioration of taxpayer-financed infrastructure with such indifference. We wouldn’t stand for a roofing company shrugging its shoulders and blaming shingle manufacturers and environmental regulations for a roofing job that lasted less than half of its warranty period. Why should paving companies be any different?

I find it quite interesting that no matter how short of the benchmark for longevity road construction seems to fall, it never seems to be the fault of the paving company. Somehow, even though the actual result is far from the promised result, the project somehow manages to be in compliance with the specified guidelines. If in fact the paving is in compliance with current guidelines, then it is high time that the guidelines be rewritten so that the taxpayers actually get what they are paying for. A billion dollar investment in Michigan roadways will mean very little if we have to spend that money all over again in a decade or so.

To be fair, the article did note that the abridged lifespan of concrete seems to be an industry-wide problem related either to substandard sand used in mixing concrete or, as MDOT spokesman noted in the article, modification of the cement manufacturing “to incorporate a portion of the highly alkaline cement kiln dust back into their final product,” ostensibly to comply with environmental regulations. However, federal environmental regulations do not mean that you get to produce a substandard product using substandard materials that results in substandard roadways, especially when the failure of that product means higher sales and higher profits for your company.

Instead, cement manufacturers should be taking it upon themselves to create a quality product that lasts for its stated lifespan while still following environmental guidelines, not simply cutting corners and blaming it on environmental laws. This may require some research and development on their part, but if they are able to create a product that is demonstrably better than anything else that is on the market, they can expect sales to boom.

If cement manufacturers are unwilling to improve their product and choose instead to continue creating cement that isn’t up to snuff, well, that’s where federal regulations come in. We the taxpayer should not be required to throw good money after bad replacing roads every five or ten years because some crybaby CEO might not get as big of a bonus if they actually put money into creating a quality product. We deserve to get what we pay for, and we deserve to get it either through better road maintenance, better road materials, or both.

We as Michiganders are no stranger to poor road conditions, stemming from climate and poor road maintenance. However, it would seem that a lack of good paving materials is adding insult to injury. Soon, we will be asked to decide on a ballot whether or not we should approve a higher state sales tax to replace the money taken from schools and local communities to invest about $1 billion in our crumbling roadways. Before we as voters go to the polls, we should be asking our Lansing representatives and senators whether or not we will be getting a fair bargain for our dollar. Will we continue to use the same paving guidelines that have done us so much disservice in the past or will we create new guidelines to ensure longer-lasting roads? Will we continue to use the same garbage concrete as in the past or will be seek out something that is a lot better and only a little more expensive? The answers to those questions could determine exactly how many times in our lifetime we the people will be asked to pony up dough to fix our infrastructure. Therefore, any answer that does not hold the taxpayers’ best interests in mind should be deemed unacceptable.