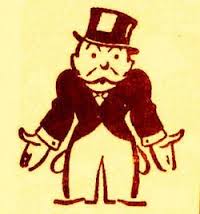 Today marks a new low in America’s history. Today is that day that Judge Steven W. Rhodes decided that Detroit is officially eligible for Chapter 9 bankruptcy, according to the New York Times. (http://www.nytimes.com/2013/12/04/us/detroit-bankruptcy-ruling.html?pagewanted=1&_r=1&nl=todaysheadlines&emc=edit_th_20131204) The Times also states that Rhodes decided that the pensions of thousands of retired, soon-to-be-retired, and current workers are not protected under Chapter 9 Bankruptcy. WDIV news reported that not only are pensions on the line, but the works of the DIA, and many other city-owned assets are on the table as bargaining chips.

Most Detroiters at this point most likely expected that Detroit would enter Chapter 9 bankruptcy, especially considering the city is some $18 billion in the hole. However, I would argue that most Detroiters did not expect that a judge like Rhodes who has a reputation for being tough but fair would rule against the retirement plans of thousands of former City of Detroit employees along with the city jewels.

Detroit’s bankruptcy is the largest in history, and will most likely serve as precedent in future municipal bankruptcy cases. Considering that, according to Huffington Post http://www.huffingtonpost.com/2013/07/24/steven-rhodes-judge-detroit-bankruptcy_n_3643284.html, Rhodes worked to attract corporate bankruptcies earlier in his career, his final decision in this case potentially could reverberate throughout both the public and private sectors.

That’s good news for corporations and pension fund managers, but bad news for the workers.

Already, the private sector has all but eliminated employee eligibility for pensions, leaving the public sector with the lion’s share of potential pensioners. If you don’t believe me, just think back about a year when a company by the name of Hostess told its employees that their pension fund was overextended and it would have to be cut. This led to an employee strike, and Hostess in the end declared bankruptcy, only to have their products magically reappear on store shelves just recently. The executives ended up with a golden parachute, and the workers got stuck with the check.

Depending on the outcome of Detroit’s bankruptcy hearing, employees in the public sector could end up in the same boat as the Hostess employees; stuck with a meager or no pension after they spent years of their life and thousands of their own dollars to buy a bit of security in their golden years. All a municipality would have to do is enter into a pension agreement they knew was destined to fail, fail to pay their bills for about 30 years, declare bankruptcy, and POOF! No pensions for workers. As mentioned in the latter paragraph, the fact that Rhodes actively tried to land corporate bankruptcy cases and ruled on some of them could be used by greasy corporate attorneys as a way for companies to welsh on their contractual pension obligations through bankruptcy.

It has become quite clear at this point that our government and our corporations have pretty much become a single entity. Our politicians now have to raise many millions of dollars which they have to beg for from corporations. The corporations then expect certain policies to be enacted in return, which of course benefit only the corporations and hurt everyone else. In some cases, members of Congress have multi-million dollar lobbyist jobs waiting for them when they leave Congress in return for enacting regressive tax schemes and confirming the appointment of judges who have their best interests in mind. These are the same companies that they are supposed to be regulating and watching over to prevent them from declaring bankruptcy so they can line their own pockets with a middle-class worker’s pension.

Now is the time for Americans nationwide to petition their legislatures for a Constitutional amendment severely limiting private funding of public elections and preventing members of Congress from being involved in any way, shape, or form with the companies they are supposed to be regulating. The Constitution states that if a constitutional convention is called by two-thirds of the legislatures of the States, and if that Convention proposes one or more amendments. These amendments are then sent to the states to be approved by three-fourths of the legislatures or conventions, without the involvement of Congress.

We the people must take our government and our democracy back. If Congress isn’t with us, they are against us, and we must take action that circumvents their stranglehold on this country.