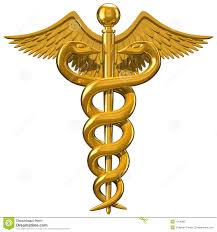 Congress is approaching its summer recess, and according to MSNBC, a grand bargain over ending sequestration and creating a budget for the next fiscal year appears unlikely. Democrats are unlikely to agree to cutting Medicare, Medicaid, and other so-called entitlement programs given the Republican’s unwillingness to raise taxes. Meanwhile Republicans are torn between a faction of Senators led by Ted Cruz and Mike Lee, among other Senate Republicans who want to defund the Affordable Care Act  (popularly known as Obamacare) and those who see that move as a mistake.

House Republicans seem determined to raise defense spending while cutting non-defense programs to the point that their funding would not change from sequestration level. House Democrats want the sequester to end, noting that 300,000 to 1.6 million jobs could be added with the end of sequestration, but are again stymied by a refusal to increase taxes.

It is painfully obvious at this point that the 113th Congress is going to be just as ineffective as the 112th. Neither side has really come to govern, seeming content to just punch the clock and collect their paychecks. Every once and a while, a relatively meaningless bill will pass, but necessary spending bills that have historically had broad bi-partisan support are killed before a vote can be taken.

Thanks to Congressional gridlock, we got sequestration, a refusal to pass a farm bill, refusal to fund repairs to our crumbling infrastructure, and any bill that has the word “jobs” written into it anywhere almost immediately tabled. However, Senate Republicans are finding plenty of time to filibuster almost every Presidential appointee no matter how vital their post to government operation, while House Republicans have managed to fit in 38 different “symbolic” votes to repeal the Affordable Care Act and a vote on raising their pay.

Now, our entire government is on the brink of once again being held hostage with a ransom of cutting domestic programs, increasing defense funding (which is not necessary considering we are supposed to be winding down the Afghanistan war) and completely defunding a program that is already helping individuals and employers save money on health insurance. Anything but making sure that corporations and the 1% of the 1% pay their fair share of taxes. Anything but eliminating loopholes in the tax code that allows companies to get tax breaks for sending  jobs overseas and raising tariffs on goods imported from countries whose workers are paid 19 cents an hour.

No, we wouldn’t want anything quite as progressive as making sure that our government stays well-funded, solvent, and able to collect all of the money it is supposed to collect.

Instead, it would seem that Republicans want nothing more than to slow down the nation’s economy, ensure little to no job growth occurs, and make sure that a person with Type-1 diabetes can be rejected for health insurance on the basis of their “pre-existing condition.” Oh yeah, and they want to be able to gerrymander their congressional districts as they see fit so they can hang on to the power to hobble our government indefinitely while not having to fear losing an election due to their reactionary ideology.

The good news in all of this is that Senators and Representatives alike will be coming home. They won’t be distracted by either creating or fighting obstruction, so they’ll have plenty of time to get an earful from their constituents.

And an earful is precisely what we should give them. If Congress goes on recess at the end of this week without at least laying inroads to create a budget deal by October 1st, call, email, and snail mail all of them and say that you’re fed up with political brinkmanship and that you expect better things from someone who is getting paid six figures a year by tax-dollars deducted from our hard-earned paychecks. Tell them you want to be able to afford a home, a car, food, and healthcare without breaking the bank while holding down a job that pays a living wage.