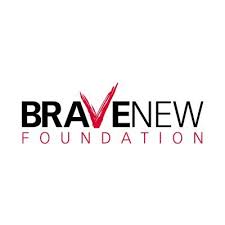 BraveNew Foundation, creators of such documentaries as Wal-Mart: The High Cost of Low Price and
Iraq for Sale has released “War on Whistleblowers: Free Press and the National Security State.” The film is focused on exposing how our government deals with employees and contractors who discover and report potentially catastrophic information regarding government mismanagement of its programs and funds.

Spoiler alert: They don’t exactly roll out the red carpet for them.

War on Whistleblowers utilizes in-depth interviews with individual whistleblowers, government policy experts, and journalists from major media organizations to produce a decidedly dark yarn about the chilling effect of the government’s treatment of individuals who choose to stand up for what’s right instead of toeing the line. The film then takes this yarn and weaves a tapestry composed of deceit, corruption, and outright constitutional subversion, all of which has been and continues to be perpetrated and endorsed by our government at the highest levels.

The film makes it clear that our government’s secrecy and fear-mongering leads to an increasingly chilling effect on the right of the people to free speech and a redress of their grievances. The government accomplishes this through unconstitutional legislation and misuse of current espionage laws, often costing whistleblowers their jobs, pensions, and thousands of dollars in legal fees.

The underlying theme of the movie is that there can be no true democracy without a free press. The framers of our Constitution believed that no person should be held accountable for treason or any other crime for questioning or criticizing government operations. For that reason, they protected the freedom of speech and the right to petition the government for a redress of grievances in the First Amendment, and gave a specific definition of treason in Article III, Section 3, Clause 1.

However, in this modern age, it seems that the promises of the Constitution have been forgotten, the oath of office for each member of Congress seemingly regarded as a mere formality to assuming unbridled power. Suppressing and prosecuting those simply exercising their right to question the system is a harbinger of the arrival of a totalitarian government.

Whistleblowers is truly a provocative and eye-opening film. Its approach is inspired, its facts well-researched, and its effect is profound. The stories are real and gripping, the evidence is compelling and saddening.

War on Whistleblowers gets four and a half out of five stars.