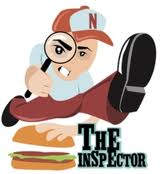 The Obama administration is at it again, letting down progressives that believed in his message of change and moving forward while putting smiles on the faces of the corporate profiteers.

According to a Mother Jones article, a new budget for the USDA released on April 10 proposes allowing chicken and turkey slaughterhouses to speed up their lines and reducing the number of federal inspectors examining the chickens as they move down the line.

“Currently, each factory-scale slaughterhouse has four USDA inspectors overseeing kill lines churning out up to 140 birds every minute. Under the USDA’s new plan, a single federal inspector would oversee lines killing as many as 175 birds per minute. That would mean there are three fewer inspectors for a production line running 25 percent faster,” the article stated.

Chilling statistics to be sure, but even more chilling is the huge gap between the amount of money the government will save versus the amount poultry companies will profit from speeding up the kill lines. A 2012 USDA report states that the government stands to save $90 million over three years by firing inspectors, but the poultry industry stands to save $256.6 million each year.

Disgusting to be sure, but not quite as disgusting as the effect that these policies have on workers. According to a report by the Southern Poverty Law Center, the Occupational Safety and Health Administration has no power to regulate the speeds of the production lines in favor of worker safety. Instead, the UDSA regulates line speed, but it main mission is food safety (supposedly), not worker safety. As a result, 5.9% of poultry workers wind up with some kind of injury every years, which is nearly double the national average.

“Workers cannot bring a lawsuit to prevent hazardous working conditions or even to respond to an employer’s retaliation if they complain of safety hazards or other abusive working conditions. Many live in rural areas and have no other way to make a living, which means they must accept the abuse or face economic ruin,” the SPLC reports.

It is apparent that Tyson, Pilgrim’s Pride (now mostly owned by JBS), Purdue, and Sanderson have lined the right legislator’s pockets with the right amount of money. Otherwise, our government would be ensuring that killing lines run at a speed more suitable for humans rather than for machines while simultaneously making sure that there are enough federal inspectors to check every bird on the line.

What’s even more galling is that the USDA somehow believes that these new rules will be an improvement over the current broken system, and apparently wants consumers to believe it, too.

“The modernization plan will protect public health, improve the efficiency of poultry inspections in the U.S., and reduce spending,” Agriculture Secretary Tom Vilsack said. “The new inspection system will reduce the risk of foodborne illness by focusing FSIS inspection activities on those tasks that advance our core mission of food safety.”

So, let’s see if I have this whole thing right: The USDA wants to cut federal inspectors by 75% while increasing line speeds by 25%. They want to allow slaughterhouses to spray each bird with water mixed with chlorine and anti-microbial chemicals “whether they are contaminated or not,” and think that the 20 to 80 randomly selected birds by the single federal inspector will be a representative sample of the so-called cleanliness of our food.

They want us believe that they companies will be able to self-regulate through line workers catching defects in processing, despite evidence from Food and Water watch that states, “The inspection category that had the highest error rate was ‘Other Consumer Protection 4’ for dressing defects such as feathers, lungs, oil glands, trachea and bile still on the carcass. The average error rate for this category in the chicken slaughter facilities was 64 percent and 87 percent in turkey slaughter facilities.” They want us to believe that the chlorine and anti-microbial chemicals will protect us from any and all infections, despite the Environmental Working Group‘s finding that 81 percent of ground turkey and 39 percent of chicken wings, breasts, and thighs tested contained antibiotic-resistant bacteria.

If you believe any of what the USDA wants you to believe, I have some beachfront property in the Sahara you might be interested in.