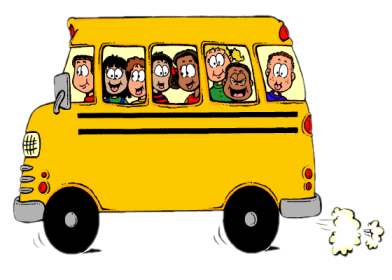 According to an article in the January 24 edition of the Detroit Free Press, schools may soon be required to function as hubs for other social services through the Department of Human Services’ Pathway to Potential program. Duane Berger, chief deputy director of the Michigan Department of Human Services stated in the article, “These are going to be more than DHS offices in these schools. These are going to start to become community hubs.” Some of the services include employment and unemployment services, public health services, and possible Secretary of State branch offices.

So what’s next? A grocer? Perhaps a green grocer as well? Why not add a hair salon? Maybe we could turn all of our schools into big box stores where you can get everything from tires to ice cream. Obviously, Governor Rick Snyder and the rest of his cronies aren’t satisfied with schools just offering a quality education.

Lisa Billops, principal of Priest Elementary-Middle school stated that parents must have their children in school to receive DHS benefits, but sometimes the school doesn’t have a working phone number for the parents. Anita Whatley, a DHS success coach,  “always got a working number, because she holds the money,” according to Billops.

Well, smack me sideways and call me Suzy. I think we may have stumbled on a better solution than forcing schools to take on DHS services that are in no way related to their mission statement.

Of course, this would be an easy solution to the problem. So far, Gov. Snyder and his buddies in Lansing have shown that whenever schools have any sort of problem, they believe that the hardest and least efficient way to solve that problem is better than the easy way.

So let’s assume that our legislators of dubious intelligence manage to close a whole bunch of DHS offices, and incorporate their services into schools. Where is the money for the salaries of the DHS workers going to come from? What happens if a school with a DHS office closes? Will the DHS office in the school close to, or be allowed to lease the property? What happens if the DHS budget or the school budget gets cut (as it almost invariably does whenever the state needs money for just about anything)? Is the school still going to be required to provide DHS services without a DHS worker or will the DHS office go away?

None of these questions are answered in the article, and based on what I read, seem to have completely escaped any sort of consideration or debate. That’s probably because there is no way in reality that providing DHS or any other service that the Secretary of State might offer is even remotely feasible.

First, students would routinely have their educational day disrupted by people seeking services all day long. Virtually every school has a policy of requiring all visitors (i.e. non-staff personnel) to sign in and get a visitors pass, sometimes complete with a photograph of the person. That means hiring one or more people to handle visitor passes, or calling on secretaries to do it, which may interfere with secretaries meeting the needs of the students.

Second, schools would have to house all the records for everyone who ever came in for any sort of state-funded service in much the same way DHS and the Secretary of State have to house records at their branch offices. While this might be nothing more than a file server backed up by paper records in the warehouse, that still means purchasing a dedicated server for those records. In addition, warehouses can hold only so many things before they run out of room. I’m not sure if those records would take precedence over things like desks and books, but my guess is that they will.

Third, schools already provide a host of services for their students, such as counseling, special education, work permits for those under 18, and help with college applications to name a few. Oh yeah, and they provide a free education to anyone enrolled in their school. Adding DHS or Secretary of State services could be overly burdensome, costly, and result in even more inefficiencies in education.

The moral of the story is that schools already have a lot on their plate, and adding things to that plate isn’t going to make it any less full. They are required to give the ACT to all juniors, administer the MEAP Test, and lower performing school districts have to give a battery of other tests to determine student reading level, understanding of English, and more. I could go on about the free or reduced lunch program, the fact that some schools have to supply low-income students with certain types of school supplies, or the lack of parental responsibility that caused the state to even consider saddling schools with yet another task that has nothing to do with educating students, but we would be here all day.

Lawmakers, take heed: Schools are built to educate people. If you want to consolidate social services, put DHS offices inside of Secretary of State offices or vice versa. Let the people who are actually trained to handle these state services handle them and just let the schools and teachers teach.