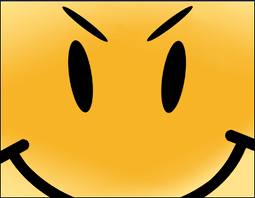 Just when Wal-Mart thought it was safe to go back to their old song and dance routine of union suppression and worker intimidation, SHA-BAM! Wal-Mart workers strike again! (No pun intended)

This time, according to Yahoo! Finance, Wal-Mart workers plan to hit the Walton family right in the giblets by protesting over 1,000 stores on Black Friday, hoping to cost the company big time on one of the busiest shopping days of the year.

Not to be outdone, Wal-Mart, filed an unfair-labor-practice complaint against a union the company says is behind the protest plans, the United Food and Commercial Workers International Union. The UFCW provides advice and financial support for the Organization United for Respect at Wal-Mart, or OUR Wal-Mart.

Wal-Mart’s claim is that OUR Wal-Mart is seeking union recognition, and under federal law, can only protest for 30 days before collecting employee signatures to hold a unionization vote, which it hasn’t done.

OUR Wal-Mart claims that they are not seeking unionization quite yet, and are merely trying to draw attention to retaliation workers face when they complain about working conditions, pay, or bring up the idea of unionization.

My question is: What in the hell are Wal-Mart employees waiting for? The Waltons to change their mind about paying people a livable wage? They’ll be waiting an awful long time for that to be sure.

Wal-Mart employees need to seize the day, form a union, and bring Wal-Mart to its knees.

Black Friday is the perfect opportunity to start, considering it was given the moniker “Black Friday” because virtually every retail store shows a profit on that day. What better way to show your utter disdain for the way a company chooses to treat its employees by showing them what life might be like if those employee’s weren’t helping them rake in billions of dollars in profit?

The fact that Wal-Mart, the chief practitioner of unfair labor, has filed an unfair labor practices complaint against people peaceably assembling to petition for a redress of their grievances is telling.

It means that they’re scared.

And they should be.

In Part One of this series, I explored just how much money on average Wal-Mart would lose every day if their workers all walked out on strike. Imagine how much greater the loss would be if they chose such a boom business day as Black Friday.

Wal-Mart workers, I will repeat: You have the power.

Most of all, you have the right to exercise your First Amendment rights and tell the company that you’re mad as hell, and aren’t going to take it any more.

Because you shouldn’t have to.

Because you don’t have to.

The holiday season is the perfect time to hit the company where it hurts: in their pocketbook. I’m not promising a great holiday season for any Wal-Mart employee involved in the strike this year, but starting this year may mean that you don’t have to accept that “Needy Family Gift Basket” next year.