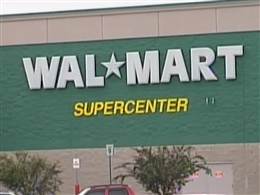 What? Wal-Mart workers are on strike? Cats are living with dogs, mice with men, leopards with cheetahs!

An article on huffingtonpost.com tells of the first ever Wal-Mart worker strike. The strike started in Los Angeles, and has already spread to a dozen cities. The workers are protesting company attempts to “silence and retaliate against workers for speaking out for improvements on the job,” according to a United Food and Commercial Workers news release.

David Tovar, Wal-Mart vice-president of communications, said Walmart has a policy of listening to complaints from workers. “We have an open-door policy,” he said in the article. “If you have any kind of issue you should bring it forward to your manager and if it isn’t resolved to your satisfaction you can go to the next level of management.”

Essentially, Tovar is saying that if you go to your manager with a problem, he will open the door and tell you to go bug someone else.

Tovar also insists that Wal-Mart conducts surveys of its employees, and the scores are going up, and the strikers are not a representative example of Wal-Mart’s associates.

Well, Walton family and Mr. Tovar, it seems that your employees are decidedly not happy. And, I do not blame them one bit.

Wal-Mart’s history of employment controversy is nothing new. Wal-Mart has been accused of such things as time-card tampering (whereby they moved overtime hours in one week to the next week so the employee won’t get paid overtime), leaving poisonous chemicals in an uncovered area, and telling its employees that the government provides healthcare and food assistance programs if they can’t afford those things on their near-minimum hourly wage. (Think the 2005 film, Wal-Mart: The High Cost of Low Price)

Why would these employees need government assistance if they work at America’s largest private employer? Simple. Because Wal-Mart offers no health care benefits, no retirement package, and pay very low wages.

Meanwhile, the Walton heirs, who amount to six individuals in this world, have amassed $89.5 billion in total assets. This is roughly the same amount of assets held by the bottom 40% of this nation.

Unfortunately for Wal-Mart, the Waltons, and Mr. Tovar, their employees can count. Right now, they’re counting the number of zeros worth of difference there is between $8.90/hour and $89 billion. (11 decimal places)

Perhaps not many workers have organized now, but give this story some time on the internet.

Let those 1.5 million people really mull over the real difference between the net worth of six whole people versus their net worth. Let them stew over why the Waltons would not offer any sort of benefits, pay them a decent wage, and look the other way when the law is broken through time card manipulation to avoid paying overtime.

Let every single mother think about why the Waltons won’t spring for child care when they could well afford to provide free in-store day care for their parents and still have billions left over. Let every single father wonder why his time card was changed so that he wouldn’t have two hours of overtime, even after his lunch periods were duly deducted.

Let every Wal-Mart employee in America walk out of Wal-Mart and show them the high cost of high greed.

Wal-Mart employees need to gather their formidable strength and bring Wal-Mart to its knees. Last year Wal-Mart had  a total revenue of $378.8 billion. That’s $10.3 billion Wal-Mart would lose in total revenue every day if every single store had to shut down due to an employee strike.

Wal-Mart employees: You have the power.

Not so long ago, a man by the name of Henry Ford got the novel idea to pay his employees enough money to pay all their bills and have a little left over to buy his product and other products. Sure, he wasn’t too friendly to unions later on, but they persevered. The unions took their licks and kept coming back for more.

Wal-Mart has never been friendly to unions, but unlike Ford, did not start out wanting to pay its employees a living wage. A strike against Wal-Mart won’t be pretty. However, the strikers have an advantage, because Wal-Mart can’t follow Ford’s pathway of sending their “private security” to “discuss matters of the union with the union leaders.”

Fear not these greedy giants, because if all of you start chopping, their beanstalk will soon begin to fall.