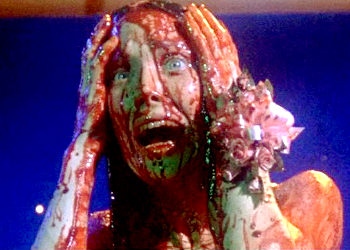 Whitney Kropp and Ogemaw Heights High School caused a bit of a ruckus in the news recently and added fuel to the fire of school bullying talk. Kropp was nominated to the school’s sophomore homecoming court, only to find out after her name was read over the PA that the nomination was intended to be a humiliating joke at her expense.

Kropp was in fact humiliated, and the incident was immediately identified as bullying. Some of Kropp’s classmates claimed in the September 25 Detroit Free Press story about the incident stated that they felt that the incident had been blown out of proportion, and cast the school in a negative light. This of course prompted a reader in Maine to write the Free Press a letter published on September 27th that said “Too bad for the school!” and “Clearly the school teachers and administrators never dealt with the bullying conduct until it became too public to ignore.”

This is the point where I get confused. In what way is nominating a classmate to homecoming court bullying? Why are teachers, administrators, and the principal at fault for taking anonymous ballots seriously and reading the results over the PA? When exactly in the paradigm of things teachers and administrators are responsible for do they have time to investigate these ballots and make sure the students are really being serious?

It is ludicrous to assume that teachers and administrators somehow were aware that about a dozen students had taken it upon themselves to corrupt the homecoming court nominating process. The nominations were taken by secret ballot, and completely anonymous.

P.S. It was great to see Kropp honored the way she was at homecoming. She deserved it.

Even if they were not anonymous, I seriously doubt that any teacher or administrator would think for a second that the students had nominated someone as a way to hurt that person. Being nominated for homecoming court is supposed to be honorable, not hurtful. Therefore, teachers and administrators most likely would not take the time to consider the idea that the nomination was a fake.

Homecoming season also has another name for teachers and administrators: MEAP season. Every grade level that takes the MEAP tests spends about the first month of school reviewing for the MEAP in addition to attempting to teach new material at the same time. Since schools could be identified as poorly performing if they fall even one point below the state scoring standard, most of teaching time is occupied with MEAP review. That leaves decidedly little time for meaningful classroom instruction, much less double-checking homecoming nominations.

Even if teachers and administrators were able to figure out that the homecoming nomination was false, breaking the news to Kropp would probably be even more devastating  than her classmates laughing at her nomination in school. No teacher or administrator would feel comfortable pulling Kropp aside and saying “You were nominated for homecoming court, but we found out that students were not being serious, so you can’t be on the homecoming court.”

Parents need to take some responsibility for raising their children to be decent and responsible adults and stop dumping the responsibility on teachers and administrators.  Michigan legislature needs to revamp the MEAP system so teachers can have time to teach students the civic responsibility of not nominating someone to any election for giggles because the potential exists that the nominee could win.

Most of all, provisions must be made to force parents of students identified as bullies to attend anti-bullying seminars with their student. Until we go back to making negative student behavior an inconvenience for parents, the bullying problem will continue to escalate.

In the meantime, the principal of the school should suspend the popular election of sophomore homecoming court, appoint Kropp homecoming queen of the sophomore class, and giver her some sort of decision-making power over her fellow students. After all, the worst punishment for making a poor choice is having to live with the consequences of that choice.

The selfish students who thought that such an honor as being nominated to homecoming court should be used as a device for humiliating another student should be ashamed of their actions. However, the faculty and staff of Ogemaw Heights High School can hardly be blamed for failing to circumvent bullying when an anonymous process such as nominating the homecoming court that teachers are trained to take seriously was used as a vehicle for humiliation.

Teachers and administrators simply do not have the time to investigate anonymous nominations for evidence of malfeasance. They should not have to inform any student that their homecoming court nomination was intended to be a joke to hurt them. Their mission is to educate students and prepare them for a lifetime of civility and responsibility. It should be the mission or parents to reinforce lessons of civility and responsibility rather than playing the blame game to shun their accountability as parents.