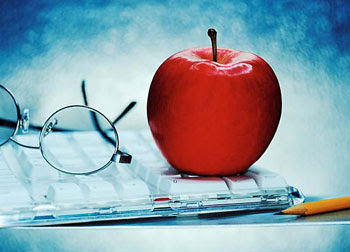 Chicago teachers have decided that they have had enough of broken promises. Their story is gaining momentum in the national media, and is already drawing both criticism and praise.

Those who criticize accuse teachers of not considering the needs of the students, but mostly wonder what they are going to do with their children during the day when they would normally be going to school.

Those who praise the teachers say that it is about time that teachers stand up to school districts and governments that break promise after promise agreed upon in past and present collective bargaining agreements.

“You have a situation where the teachers feel totally and completely disrespected,” said Randi Weingarten, president of the American Federation of Teachers, the parent union of the striking teachers. In this case, she said she blamed Mayor Emanuel for an aggressive push to extend the length of the school day and for a promised raise that was later rescinded. “He created the seeds of a lot of frustration and mistrust,” she said in an article in the New York Times covering the story.

The raise in question amounts to a 16 percent increase for teachers over four years despite what is expected to be a $1 billion deficit in the system’s operating budget next year. Also at stake is how to evaluate teachers and whether teaching openings should automatically go to laid-off teachers, other issues related to benefits, how to calculate raises based on experience level, training days for teachers, and more, according to the Times.

Republicans were quick to jump in with accusations that the interests of teachers unions were conflicted with the interests of students, with Republican presidential candidate Mitt Romney saying as much in a statement he released to the press.

However, considering that it is the union’s job to fight for the interests of teachers, it is important to note that the Times stated that teachers spoke of rising class sizes, much-needed social workers, a dearth of air-conditioned classrooms and slow-to-arrive reference books, and the accompanying sense of disrespect. Based on the fact that all of these resources benefit students more than they will ever benefit teachers, it seems that the unions do have the interests of students at heart when they support striking teachers.

Any teacher who is worth their salt will tell you that class size is a huge difference maker in the amount of individual attention you can give students. You only have about 60 minutes to deliver your lesson, answer student questions, and offer further assistance to struggling students. It becomes much easier to divide your time between 20 students (about 3 min. per student if all you did was work with individuals) than if you have 40 students (less than 1 minute per student could be allotted in the same situation). Struggling students tend to fall between the cracks or give up if they feel they cannot get as much of the teacher’s attention as they need to help them understand.

School social workers have been slashed and slashed again in the effort to trim budgets. Teachers are often called upon to act as part social workers in addition to their normal daily responsibilities. If they are assigned an emotionally impaired student, they often do not have the training to deal with that student when he or she has a meltdown, and send them to administrators who are equally ill-equipped to deal with the situation at hand. Normally, that leads to the student receiving less education due to a suspension. In reality, the problem could have been nipped in the bud by a school social worker trained to calm agitated students with little loss of educational time.

Teachers are also required to keep students in the loop with new technology and abreast of the newest information on any subject. This can be decidedly difficult to do when (using my school as an example) you have a Economics textbook that was copyrighted and printed in 1998. Keeping up with new technology is even harder when your school still uses computers with a decade-old operating system.

The teachers in Chicago did not create their district’s deficit, and yet are being asked to forego a promised pay raise to pay for it while working longer hours without additional compensation. They are being told that their jobs are dependent on whether or not their students pass a test that is designed by the state and not based on a teacher’s individualized classroom instruction. True, their instruction is based on state curriculum, but not every teacher uses the same method to get there, and not every student absorbs all information at the same rate.

Imagine if you were a factory floor foreman, and the owner of the factory told you that your job was dependent on whether or not your subordinates could pass a multiple choice test that quizzed them on their job responsibilities, factory safety procedures, and Material Safety Data Sheets for every chemical the factory uses. It wasn’t your responsibility to teach them those things, and yet here you facing termination unless 60% of employees pass the test. Would you consider that to be a fair evaluation of your ability to do your job?

Politicians are doing the public education system a grave injustice by cutting budgets, increasing class sizes, eliminating school support staff, and arbitrarily evaluating teachers based on tests which are teaching students nothing other than how to take a multiple choice test. They point the finger at teachers for not getting their job done, yet continually make it more and more difficult for them to do their job.

This is a time when we need to be investing in schools and education. If we want to raise our worldwide ranking in terms of our performance in math and science, the solution is not making teaching a less attractive occupation for those who are willing to endure the long hours and expensive licensing and educational requirements of becoming and being a teacher.

This nation should build more schools, hire more teachers, and find a fair way to evaluate teachers that also involves evaluating administration, school support staff, and parents alongside their students. We are all in this together, and should all be evaluated together as well.

Kudos to the teacher for demonstrating that sometimes civil disobedience becomes necessary when the deck has been stacked against you. They are showing students how to peaceably organize as is their right under the First Amendment, and at the same time, fighting for intelligent reforms to education that truly put students first rather than blindly cutting budgets in all the wrong places and expecting teachers to pick up the slack.