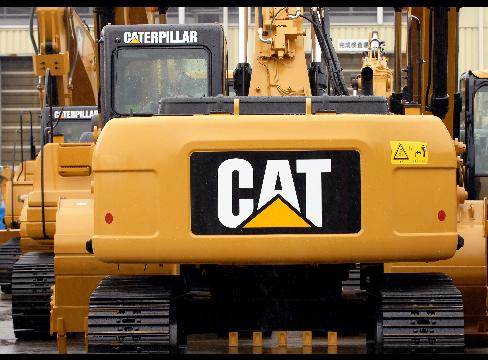 There is no doubt that things have been tough since 2008. Workers have accepted numerous pay cuts, agreed to pay more into their benefits, and taken early retirement bonuses to save companies money and allow them to hire others or maintain their current work force. Measures such as these are justifiable when a company’s ledger is flowing with red ink. If a company posts large profits, it used to pass at least some of it on to the rank and file workers who made it all happen.

However, as a New York Times news article has revealed, Caterpillar is taking a different route with the distribution of last year’s $4,9 billion profit and this year’s profit which is projected to be even higher. The Wall Street Journal says that Caterpillar gave Chairman and Chief Executive Douglas Oberhelman a 60% pay raise in 2011 which boosted his total compensation to $16.9 million.

At the same time, in the middle of a twelve-week strike, Caterpillar refuses to budge from its stance that workers should accept a six-year wage freeze, a pension freeze, and pay more into their benefits package. The company has already brought in replacement workers and announced that they consider negotiations to be over, effectively locking the unionized workers out.

A similar instance happened in London, Ontario, where Caterpillar finally decided to shutter a locomotive plant because workers in the plant refused to accept a 55% pay cut. Yes, 55%, as in more than half your weekly paycheck.

Welcome to the new Gilded Age, where companies no longer give a damn about the people they employ. Since the 2008 financial crisis, companies have learned how to operate on skeleton crews and no longer see the advantage of paying people more for better performance or hiring people to ease an increase in the company’s responsibilities. They simply make the employees believe that they are expendable and if they don’t put up and shut up, the company will simply replace them with another person who is willing to work for less money.

What ever happened to companies who wanted to make sure that their employees were taken care of? What ever happened to CEO’s and owners who knew that they would not be as wildly successful if they did not have hundreds or even thousands of workers churning their products out day in and day out?

Henry Ford was one such owner. He pioneered many things, not the least of which was the automobile assembly line. He also pioneered another novel concept at the time: A five-day work week and the $5 work day for unskilled labor. This gave the people who worked for Ford enough money to pay their bills and have a little left over to buy his products, as well as leisure time to use his products.

Most of all, Caterpillar should be ashamed for refusing to negotiate in good faith with their unionized work force. Unions were built to prevent exactly this sort of unabashedly selfish behavior by corporations and business owners. However, thanks to certain lawmakers, unions are now being challenged as greedy organizations that do nothing for their workers while merrily accepting their dues every pay period.

Americans need to stand up to the corporations. We need to boycott Caterpillar until they come to their senses and return to the bargaining table. We need tougher legislation from Washington that requires companies to honor their contracts with unions and forces them to exhaust all possible negotiation points up to and including binding arbitration, or bans CEO’s from taking pay raises until the workers get a pay raise as well.

Corporate CEO’s need to realize that an economy cannot function on the power of the richest 2%. The Great Depression proved that point. The Depression Era also proved that with the proper types of government influence in the form of pump priming economics rather than trickle-down economics puts money in the hands of the 98% where it can influence economic growth the most.